Resources and Registration for Event Organisers

These are truly scenes from hell, written on the darkest pages of human history.”

Fifty years after the world said “Never Again” to the horrors of the Holocaust, genocide took place on European soil.

The name Srebrenica has become synonymous with those dark days in July 1995 when, in the first ever United Nations declared safe area, thousands of men and boys were systematically murdered and buried in mass graves. The victims, predominantly Muslim, were selected for death on the basis of their identity. This was the worst atrocity on European soil since the Second World War.

Although Srebrenica is the only mass killing in Balkan wars that has been officially ruled as genocide by the international courts, this atrocity was only the final act in a much broader genocidal strategy—euphemistically dubbed “ethnic cleansing”. The Srebrenica genocide was the planned, systematic, and industrialised conclusion of a four year campaign of forced deportation, torture, mass murder and systematic sexual violence by Bosnian Serb forces in service of their goal to create a “Greater Serbia”. Some Bosnian Serb historians and politicians continue to deny that genocide and ethnic cleansing took place.

Genocide does not happen overnight. It begins when hatred and intolerance are left unchallenged or are manipulated for political gain. With the fall of Yugoslavia, politicians in the region used divisive nationalism to gain power and influence. Propaganda and misinformation were utilised to spread first fear and then hatred, breaking apart decades of trust between vibrant and integrated communities and turning neighbour against neighbour.

The lesson from Srebrenica is that no society is invulnerable to prejudice and intolerance. We must all remain vigilant against these forces, and take positive action to build stronger, more resilient communities.

Our vision is a society free from hatred.

We work to achieve this goal by: 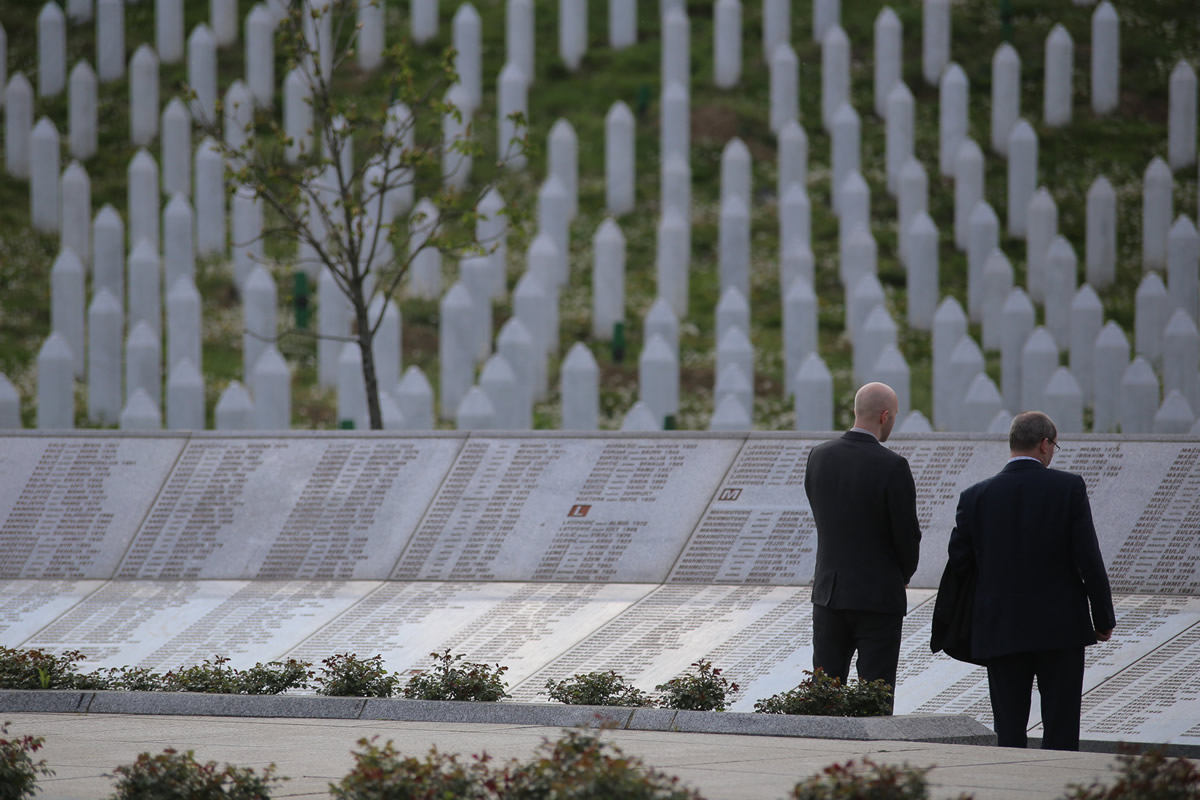 Remembering Srebrenica remains committed to honouring the victims and survivors of the genocide.

Make a difference, support our charity and all those affected by the tragic Genocide of Srebrenica. Pledge for our cause now.

Remembering Srebrenica newsletter allows you to keep up to date with latest news, events and how you can support us.

Hatidža Mehmedović was born in the area surrounding Srebrenica in 1952. Before the genocide, she lived her entire life in Srebrenica, where she had married her childhood friend, Abdullah, and had two sons, Azmir and Almir. Hatidža and Abdullah built their home in Srebrenica and lived a simple life as a family before the war […]

London, United Kingdom — This past July marked 25 years since the genocide in Bosnia and Herzegovina, often referred to as the worst atrocity on Europe’s soil since the Holocaust. The story of Srebrenica, a small town in Bosnia, remains a dark stain on Europe’s history and yet the full details remain unknown to many.  […]

The Importance of Speaking out- Reflections on Hate Crime Awareness Week

This past week marked Hate Crime Awareness Week, in which organisations throughout the United Kingdom came together to speak about hate crime and offer ways of how to help the public get assistance should they be victims of it. Hate crime incidents are on the rise in the United Kingdom and have been for several […]

We, the undersigned human rights and genocide prevention organizations, and individual practitioners, are deeply concerned over mounting evidence that Chinese government policies targeting Uyghurs and other Turkic Muslim-majority peoples in the Xinjiang Uyghur Autonomous Region of China strongly suggests that crimes against humanity and genocide are taking place. The international community has the responsibility to […]

Remembering Srebrenica UK is alarmed to hear about the recent influx of violence and antagonism against the Bosniak-Muslim community in Pljevlja, Montenegro following the recent elections. Attacks against mosques and calls for what happened in Srebrenica to repeat in Pljevlja are not just shocking but are a direct threat against a vulnerable and minority population. […]

25 years ago, when the terrible conflict in Bosnia and Herzegovina had been raging for 3 years, Europe witnessed the worst atrocity on its soil since the Second World War. Over 8,000 mainly Muslim men and boys were killed in the genocide at Srebrenica and more than 20,000 women and children were forcibly deported.  I […]

HRH The Prince of Wales

Ladies and Gentlemen, I am so very touched to have been asked to speak to you on the occasion of the 25th anniversary of the Srebrenica genocide and I can only say how greatly saddened I am that the current circumstances have prevented me from visiting Srebrenica in person this year. I had very much […]

Dear friends, I would like to greet you and  express my sincere gratitude for your participation in this virtual commemoration. This commemoration provides us with the opportunity to together pay tribute to those who were brutally killed, as well as to those who have survived and endured the horrors that no one should have to […]

His Eminence, the Grand Mufti of Bosnia and Herzegovina

Ladies and Gentlemen, dear friends,  Assallamu alaikum and peace be with you!  Firstly, please allow me to thank the government of the United Kingdom, the people of this friendly country and the hardworking team of Remembering Srebrenica who have decided to honour the innocent victims of genocide in Srebrenica even as we face the COVID-19 […]

Dear all, I would like to use the opportunity to thank Remembering Srebrenica as well as the United Kingdom Government for everything they have been doing to preserve the memory of Srebrenica victims and Srebrenica genocide, as people who are coming from a friendly country and whose support and help in preserving the memory of […]

With many anniversaries, the thing we tend to remark on, is how long ago something actually happened. But when we commemorate Srebrenica it’s how recent it was that continues to shock. Just 25 years ago, the end of 20th century, an unimaginable crime took place. Thousands of men and boys were separated from their families, they were […]

None of us who have visited Srebrenica will ever forget what we have seen there. It will always be in our minds and is now, 25 years on from the terrible events of 1995. We will never forget the grim factory in which the victims were held, the fields and woods in which they lost […]