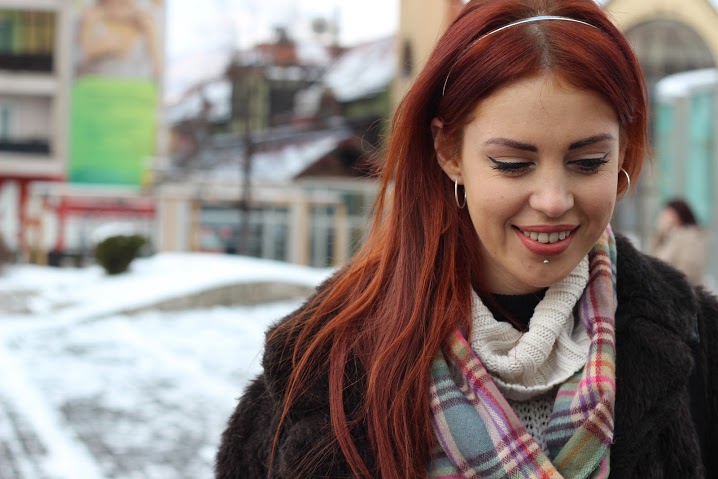 Katie Parker reflects on the effect going to Bosnia has had on her life and what she and our other champions have achieved in Manchester.

I attended my first delegation to Bosnia and Herzegovina in 2014, as alumni of the Manchester Uprising Programme. I had never visited Bosnia before and I knew very little about the history and heritage of the country. I initially wanted to know more about the people of Bosnia and understand the country from a post-conflict perspective. I have to admit, I didn’t know what to expect and what I did experience, affected me in ways I could never have imagined.

During my first visit, I consumed a lot of new information. I learnt about the war, genocide and the wider social economic issues. I felt insecure about how little I knew and how these stories, were absent from my formal education. This insecurity soon evolved into determination and became the driving force for me to take action. Upon returning from my first visit, I started to think about my pledge and what I could achieve. I began reflecting on everything I had learnt and how I could combine this with my study of socialism and feminism. I partnered with other programme delegates and began creating the ‘Women of War’ project.  This project focused on women and specifically, their experiences, testimonies and stories.

It is estimated that 50,000 women were victims of sexual violence during the Bosnian war, where is the justice for these women? This was the opening sentence to our presentation ‘Women of War’. During this presentation, we spoke about sexual violence, trauma and genocide in Bosnia. We shared testimonies and stories and called on people to take action. We made a significant impact on our community and when Remembering Srebrenica introduced a new programme, focusing on women; I was asked to lead the delegation with Aisha Mirza, another Community Champion from Manchester.

Leading a women’s delegation was like starting a new chapter in my life. I was given the chance to learn from women from all over Bosnia and to return to a country I had fallen in love with. Whilst in Bosnia, I visited grassroots Women’s organisations and spoke with women from Sarajevo, Srebrenica and Tuzla. The delegation listened to stories of empowerment and were shown what it means to be Bosnian, Muslim and a survivor. Remembering Srebrenica’s Women’s program, was both innovative and inter sectional; it brought together women from hugely diverse communities in the Manchester area and allowed us to unite for a common cause. I was honoured to influence this programme and to assist in its delivery.

Since returning from Bosnia, women from our delegation have organised fundraisers, sexual violence workshops and poetry readings. We have created visual media presentations and marched with over 3,000 women in the name of ending sexual violence, holding Remembering Srebrenica banners in solidarity with our Bosnian sisters. For International Women’s Day this year, we launched a card campaign and sent them to Women’s NGOs throughout Bosnia-Herzegovina. Later this year we are organising a national community festival in celebration of Bosnian women. And as we work closely with our Bosnian sisters in the UK, we hope to secure a permanent residence for our local Bosnian School in Manchester. I am now a Regional Board member for Remembering Srebrenica and work at a strategic level to deliver community campaigns. The delegation has impacted my life in ways I could never have imagined and has inspired me to continue the fight for the women everywhere.

May 11, 2016Amil Khan
MAKE A DONATION
Remembering Srebrenica remains committed to honouring the victims and survivors of the genocide.

SIGN UP
May 11, 2016 Case Studiescommunity champions, sexual violence, Srebrenica, women
Stand up, Speak out and Make a Difference in BradfordRobert McNeil on Srebrenica, art and forensic science