Hannah Gerson was part of a delegation which travelled to Bosnia in February this year. Hannah, who was born in 1995, the same year the genocide happened made a pledge to bring back the lessons from Srebrenica and spread the message through her communities at her synagogue, university and wider networks. 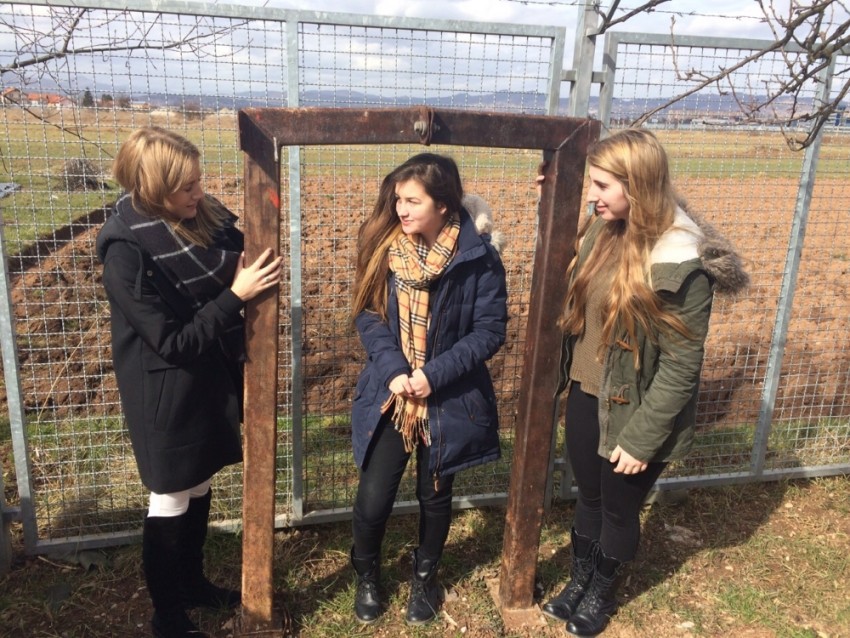 It was important for Hannah – pictured right – who knew very little about the genocide prior to her visit that she makes an effort to raise awareness and help to build stronger communities in the UK.

Hannah’s grandparents were holocaust survivors who sheltered children from the Kindertransport and Hannah’s grandmother spent her whole life trying to educate people – by telling her story of being a young Jewish girl growing up in a time where you were persecuted for something as simple as your religious beliefs.

Hannah is now following in her grandmother’s footsteps and has pledged to do the same, not only about the Holocaust but to teach others who have not been to Srebrenica about what she learned there and the effect the experience has had on her.  She hopes that by teaching people the values of tolerance, understanding and diversity she can to challenge prejudice.  Hannah aims to try to tackle small scale prejudice which can often start as a throw-away comment, a drawing in a magazine or even a joke between friends but can ultimately have the power to snowball into something much larger and much more sinister.

So far this year, Hannah has been doing as much as possible to raise awareness of Srebrenica and has spoken on three different radio stations about what she learned in Bosnia. She approached the stations directly and explained her reasons for wanting to share her message. She gave a presentation on Srebrenica to over 100 people during a community dinner and has written an article called the ‘Changing Colour of War’ to be published in a number of magazines.

It is important to Hannah to educate people of different ages, genders and religions so has hosted a tea for a group of 30 older women and spoke about the lessons from Srebrenica.  Next for Hannah, who is part of a team running the activities on a camp for your people, is planning a social action fair style activity as well as a refugee conference which will teach younger people about the importance of giving something back to their communities and leadership and social action skills.

From one delegate who has been on a visit, Hannah now estimates she has reached at least 200 people and spoken to them about Srebrenica. This shows the influence one person can have on the world and how we can all go about to spread messages of peace and understanding if we just make the effort to try.

Hannah’s tips for getting spreading the lessons from Srebrenica

Dec 14, 2015Amil Khan
MAKE A DONATION
Remembering Srebrenica remains committed to honouring the victims and survivors of the genocide.