The You Press collective group of artists were deeply inspired by Srebrenica to create work about human rights and war, with many pieces drawn from survivors’ accounts of the genocide in Bosnia. This event featured performances of this work and drew a diverse crowd to learn more about Srebrenica. 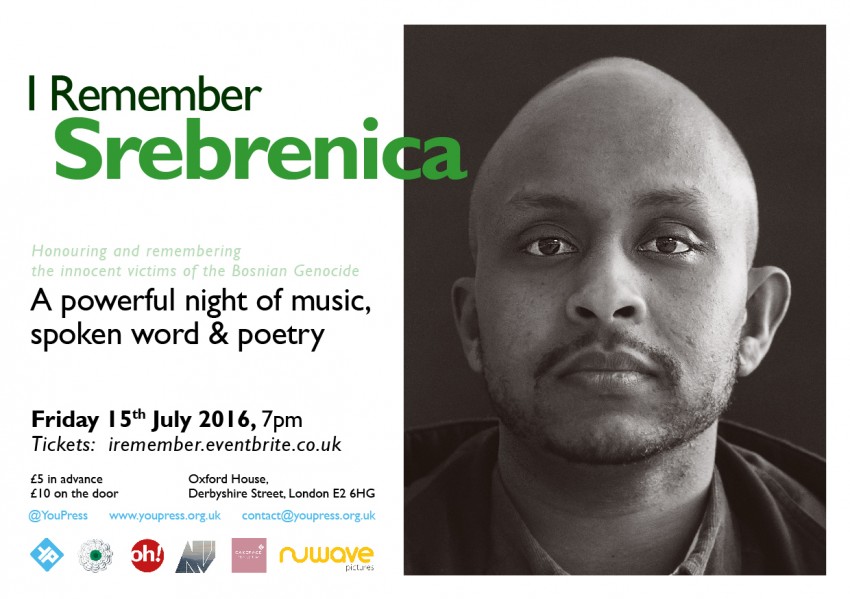 On 15th July 2016 we delivered an event at Oxford House, Bethnal Green, called ‘I Remember Srebrenica’ that honoured the victims and survivors of the genocide and war through poetry, music and spoken word. Our collective group of artists were deeply inspired to create work about human rights and war, with many pieces drawn from survivors’ accounts of what has been described as the greatest atrocity in Europe since WWII.

As a group of artists & students, in 2015 we took a physical and mental journey to understand what it really means to hate, forgive and survive by taking part in a learning visit to Bosnia and Herzegovina. The aim was use the lessons from the dreadful events in Srebrenica to create a better world, one in which our differences become our strengths, and the only thing left intolerable is injustice. While we were there we had the honour of meeting the mothers who had survived the systematic massacre in Srebrenica. These incredible women had lost their husbands, sons, brothers and nephews. This inspired us to create powerful events in London (to honour our pledge) to raise awareness. 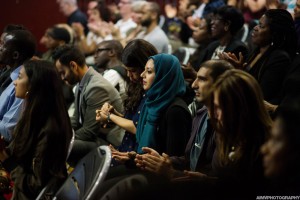 Our event exceeded my expectations on what I initially envisioned. It was incredible to see that our events attract a large number of people and have a positive impact on the community. Our target audience were young people and the Bosnian community. We successfully attracted different age groups, genders, religions and ethnicity (that represent the diverse communities in London) to our event.

In terms of fundraising for the event, our first attempt was not successful as we had only managed to raise £80 in 3 weeks. Prior to this we had made 5 different funding applications in a course of 12 months and each application was rejected. In the end we never gave up, and we decided to try a different crowd-funding platform. What happened next was a surprise; in just 3 weeks we had reached our crowd-funding target and we had donators/supporter from around the world.

Aside from the crowd-funding we were very fortunate to get support from Tesco and Nandos, who agreed to provide us with in-kind refreshments for our rehearsals and event. Queen Victoria Seamen’s Rest were also very supportive because they provided a space to conduct our rehearsals for our event. 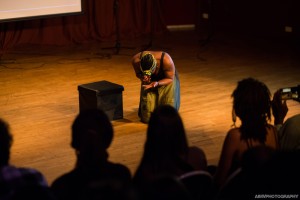 I was very happy with every aspect of the event. But if I had to choose one of the best moments, it would be when Resad & the survivors arrived to our event and received a warm standing ovation. The feedback from the audience after the event was incredible and shows what impact it had on them:

“As an individual with shamefully little knowledge of what happened at Srebrenica I left feeling moved, educated and committed to communicating what I’d experienced to others.”

“Speechless, everything was crafted so professionally and beautifully. Amazing!”

“Sorrow but not resentful. I will make a bigger effort to tackle injustice when I see it.”

I would strongly encourage others to engage with commemorating Srebrenica, there is no experience like it. When it comes to organising an event, my advice would to form a team and to not work alone. I would also recommend that you plan ahead of your event and to never be afraid to ask for help. But most importantly to make sure that you are doing this event for the right reasons, this will help you to keep motivated and focused on your goals.

Sep 21, 2016Amil Khan
MAKE A DONATION
Remembering Srebrenica remains committed to honouring the victims and survivors of the genocide.