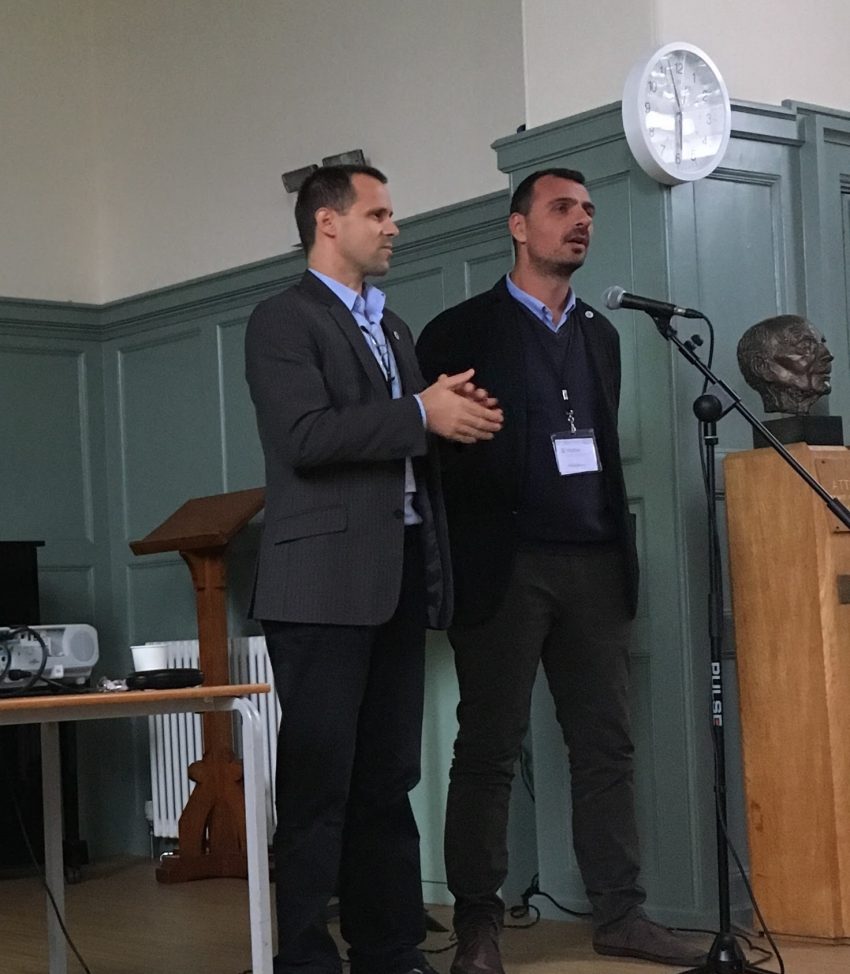 They visited 4 schools speaking about their experiences to students aged between 14 and 18. Resad spoke about the siege of Sarejevo and his experiences in the Bosnian army whilst Nedžad recounted the harrowing story of his survival of the mass executions at Srebrenica.

During the three day tour, they reached approximately 450 young people. These young people were inspired by the talks and each of the schools will hold a memorial event in July to commemorate the victims of the Srebrenica genocide. Furthermore, Sir Herbert Leon Academy is organising a peer education event during memorial week where pupils who were present at the talk will pass on what they learnt to their form groups.

This is an excellent example of young people being inspired by the stories of Srebrenica and passing their knowledge on to their peers.  During the tour Resad and Nedžad also participated in a panel at the University of Bedford which included Martin Bell and Waqar Azmi. The educational tour was funded by the University of Bedford, and we would like to replicate its success.

Please get in touch if you would like to help fund our work to bring over more survivors of the genocide in Bosnia to help young people in this country learn the lessons and promote community cohesion here in the UK. This video gives you a good idea of how inspiring these events can be:

SIGN UP
May 10, 2016 Case StudiesBedfordshire, education, genocide, Srebrenica, survivors, University of Bedfordshire
Srebrenica genocide survivor tells his story to students in BedfordshireStand up, Speak out and Make a Difference in Bradford