Remembering Srebrenica works to raise awareness of the Srebrenica genocide and the lessons that we can learn in schools through the development of education resources which are available for free download.

This year marks the 25th anniversary of the Srebrenica genocide, our theme to mark this anniversary is

During the war in Bosnia-Herzegovina, every action mattered. Supporting each other in times of dire need, acts of incredible bravery and small acts of kindness, all were incredibly important. In Sarajevo, the Jewish community protected their neighbours by sharing food and medicine. In Bijeljina, headteacher Lazar Manojlović refused to exclude Bosniak pupils and teachers, stating publicly that he recognised only two ethno-nationalities in his school – the nation of students and the nation of teachers.  Amongst the horrors of Trnopolje concentration camp, Dr. Idriz Merdžanić risked his life to document the brutality and to pass this to the international media.

To support schools in marking this anniversary, we have created education resources for use in memorial week (5th – 13th July 2020) to inspire discussions about how every action we take (or don’t take) contributes towards the creation of a safer, cohesive community. 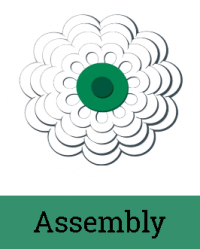 This July marks the 25th anniversary of the Srebrenica genocide. Commemorate the anniversary in July using these resources. 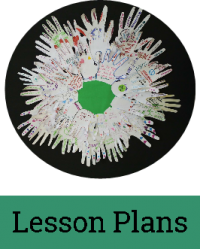 The 10 stages of genocide workshop provides an introduction to the Srebrenica genocide whilst challenging students to examine the behaviours in a society that precede a genocide. 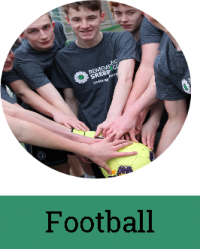 We invite schools and groups to take part in the ‘We Are One’ Srebrenica Memorial Tournament, playing a match in memory of the over 8000 victims of the Srebrenica genocide. Simply read the provided speech and hold a minute of silence before kick off. We hope your school will join this powerful opportunity for young people to come together through sport to consider the possible outcomes of racism, intolerance and division.

Garth Hill College engaged students in learning about Srebrenica through different areas of the curriculum. They learnt about the genocide in their PSHE lessons, participated in a 112 walk to symbolise the 112km walked by the men in the column and held an art competition producing posters about Srebrenica and their learning. They invited members of their community to be part of the events and also held a non-uniform day to raise money for Remembering Srebrenica. The whole school was truly immersed in Srebrenica commemorations, engaging throughout the week in July 2016. 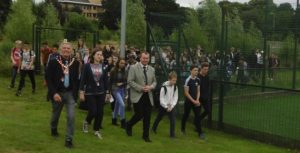 Portobello High School, in Edinburgh, was one of the first schools in Scotland to use the Remembering Srebrenica PSHE Education pack. Teachers at the school were excited about the educational opportunities that the resource gives to their pupils. The comprehensive set of lesson plans can be used across the Scottish Curriculum for Excellence and provide students with the vocabulary to understand it and condemn genocide. Pupils learnt that the seeds of prejudice are rooted in everyday language, as they explore key terms such as prejudice, stereotype and persecution in a range of activities. 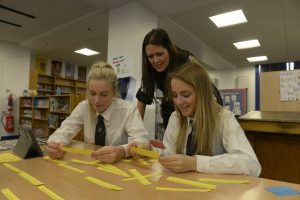 “The genocide in Srebrenica should never be forgotten. It teaches us a painful lesson about where hatred can lead. I strongly urge all schools to educate and commemorate. Children are our future and the prize of peace rests with them.”