Home Primary Information The Courage to Start Over: Amra Dautović

The Courage to Start Over: Amra Dautović

Amra Dautović came to the UK as a child refugee during the Bosnian War. Arriving to the country without speaking a word of English she now has a degree in Psychology and Criminal Justice, as well as a Masters degree in Forensic Psychology. Amra is now the Managing Director of the My Time Richmond Fellowship Division and has won several awards for her efforts and contribution to Mental Health work. Although she says her biggest achievement is her family, especially her two young children that she hopes to raise with knowledge and pride of their family heritage and origin. This is her story. 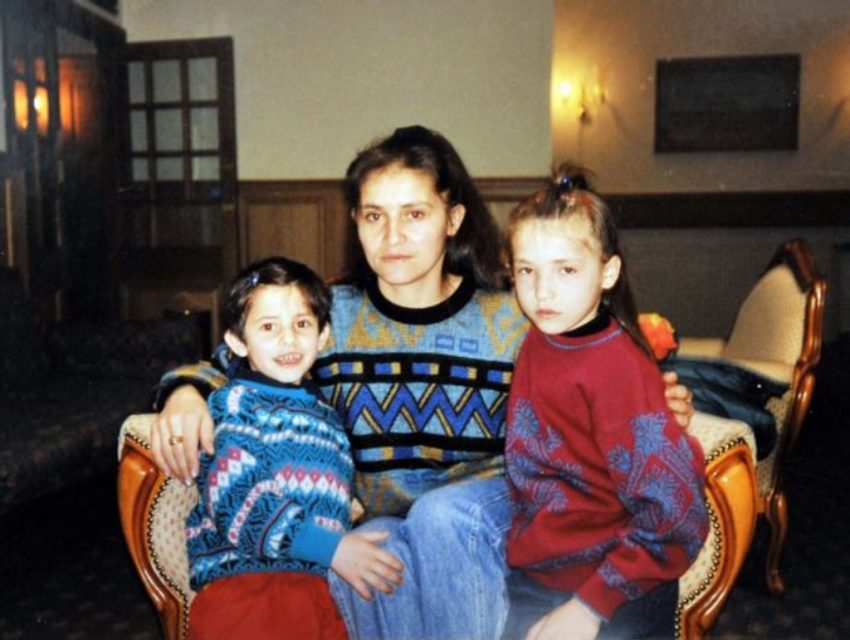 I was born in Foča, Eastern Bosnia, where I spent the first three years of my life before moving to Sarajevo. I have very fond and happy memories of my childhood before the war, summers in the countryside, and time with lots of members of our large family. My father worked away a lot, so I spent most of my time with my mum and sister in Sarajevo. We played in the streets with the kids from the neighbourhood, and it was safe. I remember there were proper seasons – scorching sun in the summer and snow that rose above my head in the winter. We would often visit my grandparents in the countryside in Balići. They had lots of land and livestock so we would be there when they were sheering the sheep. We would go up to the mountains when they ploughed the fields and pick wild mushrooms and blueberries and sleep in the cottages with open fires – it was magical!

But all of that changed when war broke out. My childhood was short lived and robbed from me by war.

I was in Foča when the war broke out, visiting my uncle and aunt to spend time with them before school started but my parents were still in Sarajevo. I ended up being separated from them for a year and a half.

I remember the days in the run up to the war, there was definitely a shift in atmosphere that I didn’t really understand at the time.  The adults were concerned. They were constantly watching the news and talking about politics.  There had been a meeting with all of the people in the village about what would happen if war came. Sometimes, my cousins and I would take our uncle’s binoculars to a field overlooking a valley. From there we could see people on the other side digging bunkers and storing weapons.

Then people from the surrounding areas started arriving to our village. They told us stories of their houses and farms being burned down and they had had to flee. After that, we started to sleep in our clothes, so we would always be ready to run.

One night, our neighbour came and started banging on our window shouting “They’re coming! They’re coming! Get up we have to go!”.  I remember it being so cold and wet. We took only what we could carry with us and the clothes we were sleeping in. We fled the village with my aunt and her daughters, but my uncle had to stay behind. That was the last time I saw him, and to this day we still haven’t located his remains.

We walked for miles to a place called Jabuka where we ended up in a sports hall of some sorts. We slept in an abandoned house and I remember the adults discussing what was happening in the rest of the region and where we should go next but I was desperate to go back to Sarajevo so I could be re-united with my parents.

We travelled on foot to Sarajevo, over mountains, and going from village to village staying in abandoned houses on the way.   It was both incredibly beautiful in the mountains and incredibly scary as we were attacked numerous times on our journey. We had to shelter from air raids and would emerge to the most horrifying destruction. One day, we tried to get a bus but couldn’t get on it for some reason so we waited for it to come back but it never did. Later we found out that all the passengers on that particular bus had been killed.

I sometimes think the only way we were able to survive was because of the kindness of others. People took us in to their homes and shared what little they had with us. I remember people being very kind.

We eventually made it across the mountains to a small town just outside Sarajevo called Tarčin. We stayed in an abandoned house and there were quite a few kids in the area who we would play with. We had food because we grew vegetables in the garden, we collected wood from the near-by forests, we played in the streets, we went to school and even celebrated Eid. But the impact of war was never far away. I remember a day where lots of women came through the town, some of them looked like zombies and later I overheard the adults talking about how they had been captured and detained by Bosnian Serb forces who raped the young girls. It was so sad to be aware of something so hideous at that tender age, the war had stolen my innocence from me.

All of the time we were in Tarčin I wished I could dig a tunnel to Sarajevo to see my mum and dad. I had no idea if they were alive or dead or even what was happening to them.  Finally, after everything, we made it to my parent’s house in Sarajevo. At first I couldn’t recognise my mum, dad or sister and I just remember we cried a lot when we were reunited.

Living in occupied Sarajevo was very hard. We were house bound because we couldn’t go out as the city was under sniper fire. We had no electricity or running water and my mum had to go to the well and carry water to the house. I couldn’t go to school because it was too dangerous. Children were killed just walking to school.

Death was never far away. My dad was on the front line, so we would always be scared and just hope that he would come back alive, and then my aunt who I had been living with during the start of the war was killed. She was standing in line for bread and a grenade fell and killed her. That was the first time I had experienced direct loss, it was devastating because she was like a second mother to me. Not long after that, my dad got injured and we were evacuated from Sarajevo for his treatment.

As an adult I now realise what my family went through and especially how the women had to survive.  I witnessed my mum having to stay home and look after all of us, making food with no ingredients, washing blood-soaked clothes without detergent or a washing machine, protecting children and having to keep them constantly sheltered from all that is going on around them. It’s heart-breaking.

We lost a lot of family in the war. We only recently found my grandfather and uncle’s remains: we didn’t know how or where they were killed and we still haven’t got justice for their deaths over 20 years later.  A lot of us were displaced from our homes, my immediate family and I are in the UK, my aunt is in France, my Uncle was in Germany. There was so much loss not only in terms of property and life, but time, relationships, experiences and all for nothing. 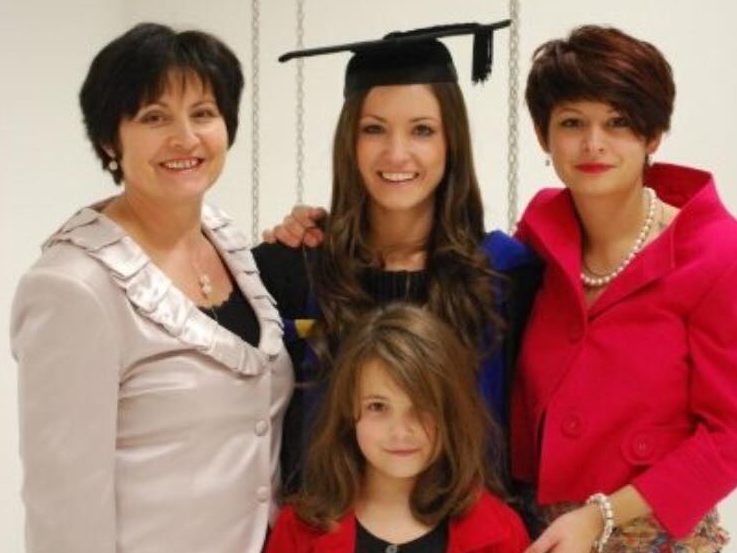 So many survivors suffered with trauma and those of us who are no longer in Bosnia now have to battle with the issue of identity because where do we belong? You go back to Bosnia-Herzegovina and people have moved on, but I find we are still stuck in the Bosnia we left behind. We are still fighting for our identity and now with kids of our own, we have the new challenge of figuring out how to make them feel Bosnian and understand their heritage.

My message for everyone is to appreciate their lives, enjoy it and cherish your family and loved ones because time is truly precious.