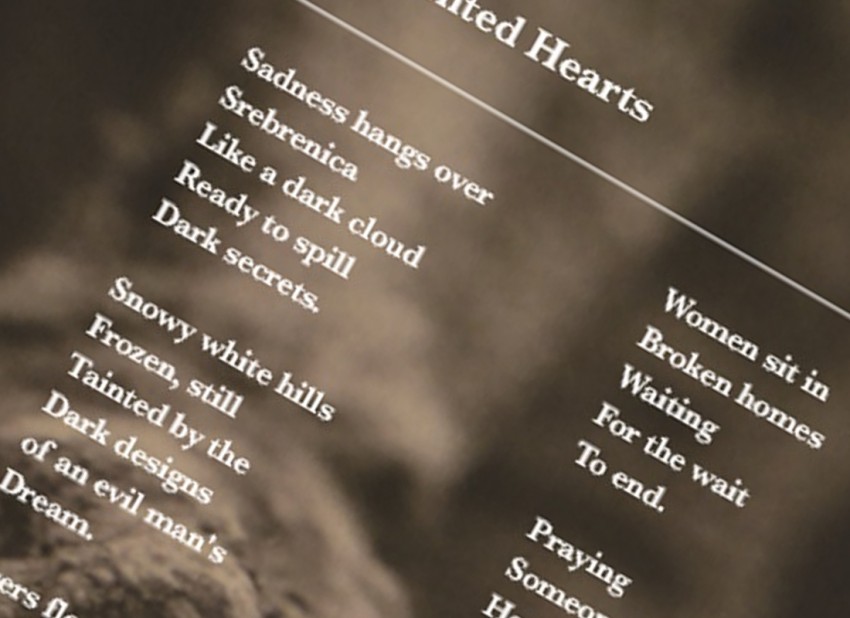 Memorial events can be enhanced with the reading of suitable prayers and poems. Music can also play an important part in procedings. Here you will find examples that can be used in your memorial event.

Maestro Emir Nuhanović has composed a beautiful piece of music for us to commemorate the Srebrenica genocide.

Emir is renowned as an award-winning solo clarinettist and conductor, appearing in concert across Europe and North America. His awards also recognise his exceptional contribution to the music culture of Bosnia-Herzegovina. They include the International Peace Centre’s ‘Freedom Prize’ for his work promoting human rights and freedom in Bosnia-Herzegovina, Europe and the world.

A haunting and evocative piece of music composed especially for Remembering Srebrenica by international music star Yusuf Islam (formerly Cat Stevens). Yusuf describes it as “a haunting melody in my mind that seemed to me to call out the name, ‘Srebrenica’ – though I left it unsaid.”

Srebrenica: A Cry from the Grave The Trail of Tears

Musician John Guy Storer wrote ‘Srebrenica: A Cry from the Grave The Trail of Tears’  as the harrowing images of the atrocities were unfolding and transmitted through the media at the time of conflict in July 1995.

Listen to the song

Mehri Niknam MBE, Executive Director of the Joseph Interfaith Foundation, has written a beautiful  Jewish prayer for the victims of the Srebrenica genocide.

This prayer is inscribed in stone at the Srebrenica-Potočari Memorial Complex.

Suggested Bahá’í prayer which may be used at a memorial service.

A Christian Prayer for Srebrenica written by Reverend Julian Francis.

This prayer was read out at the 2013 Srebrenica Memorial Day event.

A beautiful poem by Misba Sheikh that conveys the sadness and horror of Srebrenica.

Misba Sheikh’s haunting poem about the aftermath of genocide.

A poem of incomprehensible grief by Mirsad Solaković, author of ‘The Boy who Said Nothing’

For Robert McNeil, M.B.E, about his work in Srebrenica after the genocide in July 1995 by Steve Harvey.

A haunting poem by Isabel Shaw portraying the horror of Srebrenica.

A sorrowful poem by Aisha Mirza reflecting on lives and opportunity lost at Srebrenica.

Reflections on the heartbreak suffered by a mother losing her son in the genocide.

A poem entitled Remembering Srebrenica on what lay beneath the genocide.

Download the pdf
Apr 28, 2015francesca cleverly
MAKE A DONATION
Remembering Srebrenica remains committed to honouring the victims and survivors of the genocide.