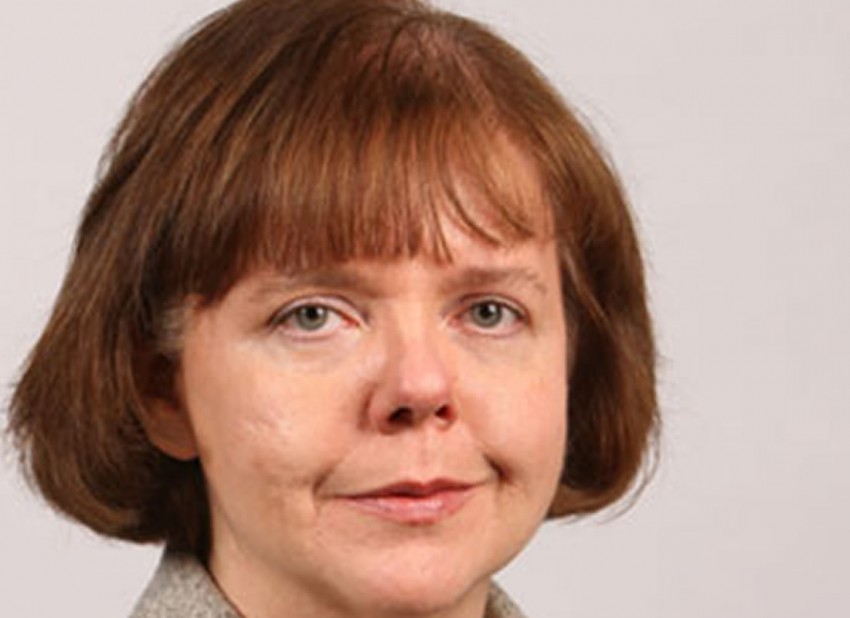 Ann McKechin, MP for Glasgow North, reflects on her visit to Srebrenica.

“Sometimes, it’s the more mundane memories that leave the most permanent impact.  The decrepit apartment block opposite our hotel in Sarajevo, pitted with the shell impacts from a siege, which lasted over 3 years is one.  And the smell in the warehouse outside Tuzla – damp and musty and oddly strong – is definitely another. It wafted down from the high shelves stacked with canvas and plastic bags, on to the lower shelves with brown cardboard boxes at the top, containing the remaining physical evidence of bones and clothes, still to be linked to some of the 8,000+ victims who were killed in Srebrenica.

A few hours later, our minibus trundled through the main street of Srebrenica itself. People stared out at us in a cold, blank way. We were just another group of the many visitors who have travelled there since the awful days in mid July 1995, so their reaction is understandable. But there is sadly little sign of reconciliation amongst a community that witnessed such a horror.

In February of this year, I travelled to Bosnia with five fellow Scots – Rt. Rev. Lorna Hood, Moderator of the Church of Scotland, their Director of Communications, Seonag MacKinnon, Angus Robertson MP, Sgt. David Hamilton from the Scottish Police Federation and David Pratt, Foreign Affairs Editor of the Sunday Herald. Our visit had been arranged by the UK charity, Remembering Srebrenica, which receives support from the FCO and DCLG to ensure that we don’t forget the last act of genocide on European soil.

We were met with warmth and friendliness at all our meetings, including with the Chief Mufti and the remarkable Mothers of Srebrenica who have fought so hard to ensure their dreadful loss does not vanish from our memories. But there was an overwhelming sense that this was a country and people too long stuck in an uncomfortable limbo, relying on a bare ceasefire agreement that halted the killing but failed to address the main problems. The presidential palace had been firebombed the week before our visit and protests continued albeit more peacefully.

The Dayton Agreement kept the peace but it institutionalised the factionalism, which over the years, has led to the current political impasse.  The Chief Mufti spoke to us about the long history of links amongst the country’s faith groups – Muslim, Orthodox, Catholic and Jewish – but outside of Sarajevo and the main towns, those links are becoming increasingly threadbare with little direct contact between the various communities. Economic stagnation, overwhelming and corrupt bureaucracy and high unemployment has meant many have already left the country. The prospect of EU membership since the global recession appears even more distant, and the lack of political will to change has led to the despair now shown in the protests.

Constitutional amendments to break down the administrative silos is one thing; an economic plan with outside support is another, but the lack of any proper grass roots reconciliation process after such a long period is probably the greatest challenge, which needs to be addressed if one nation is to truly emerge from this grim civil war.

In our conversations with the Mothers of Srebrenica, there was strong criticism of the International Criminal Tribunal of Yugoslavia – the delay in apprehending key figures, and the length and cost of proceedings contrasted uneasily with the original claims of achieving justice for the victims and their families.

The Tribunal was the first of its kind and undoubtedly, despite the acknowledged problems, an important step forward in setting international standards. But the mothers spoke eloquently about the failure – domestic and internationally – to adequately attend to the equally important need to provide justice locally. Very few cases have been taken against those who directly carried out the murders – over an agonisingly long number of hours – or participated in the burials and reburial of the victims. At least one of the direct participants in the Srebrenica massacres is currently employed at senior level by the regional government which covers the town. And we were astonished to find that the Serb population is still using a school, which was the actual site of one of the 1995 massacres.

Our meeting with the impressive International Commission on Missing Persons, established by Bill Clinton in 1996, reinforced the fears that too little attention was being paid to the increasingly open “genocide deniers”. The ICMP maintains the world’s largest DNA laboratory system dedicated exclusively to identifying missing persons. It now works worldwide and is currently assisting in parts of the Middle East afflicted by conflict. Much of their focus in their work over the last 18 years in the former Yugoslavia is to produce the consistent, incontrovertible evidence to those who seek to deny. Their record speaks for itself – 70% of the 40,000 missing from the Yugoslavian conflicts have now been accounted for, and almost 90% of those reported missing from Srebrenica itself. It was a great pleasure as a Glasgow MP to meet both Adam Boys – originally from Glasgow – who is the ICMP’s Director of International Programmes, and who has worked in Bosnia for many years together with Dr John Clark who lives in Glasgow, and has been the chief pathologist for the International Criminal Tribunal.

Remembering Srebrenica will be holding annual commemorations on 11th July in the UK as well as organising visits for young people to Bosnia, so they can in turn be advocates within their own communities. Their work and obvious passion bears witness to the need to avoid despairing but instead help to build interest and support to this region.

It’s vital that we do not forget why a country in our own continent fell into such a disastrous and brutal civil war. The sad truth is that the cost of conflict can continue for decades after the guns stop. We need to invest politically and financially in a process that embeds reconciliation and provides local as well as international justice. If we haven’t succeeded so far, we need to be determined to keep trying. The 8,000+ men and boys who died in 1995 deserve nothing less.”

“Just outside, there’s an apple tree we planted together. It was before the war, now it’s bearing fruit I go there to pick apples and cry. Now I have apples but my children are not here. Now they’re not here anymore.” Hanifa Dzogaz

End of an era at @RemSrebScot as Lorna steps down as Chair. Her energy, commitment and dedication to the charity has been inspirational.
Particularly chuffed that she was recently awarded the Kulin Ban Charter award from the Bosnian Govt for her work.What a wonderful person https://t.co/3AI1bkuWxA