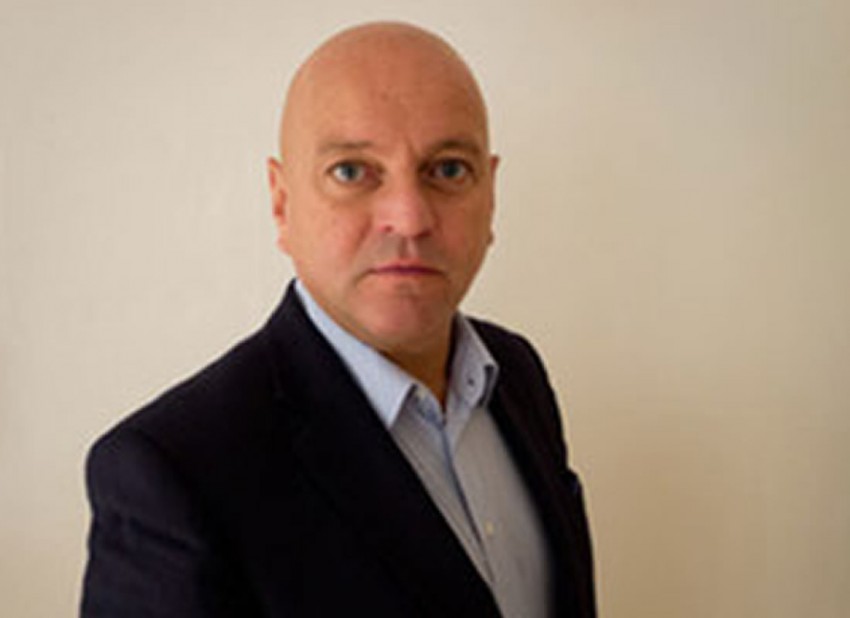 David Pratt, Foreign Editor of the Sunday Herald, reflects on his visit to Srebrenica.

“It was back in 2003 when the phone rang one day and Kada Hotic answered it.

The call had come from the International Commission on Missing Persons (ICMP). “We have found and identified Ekrem, one of your brothers,” the caller told the Bosnian Muslim woman, before delicately explaining that unfortunately, they had not been able to find the dead man’s head among his remains.

Eight years earlier during the Bosnian War, Ekrem, along with another brother, Mustafa, Kada’s husband Sejad and her son Samir were among the 8000 men and boys rounded up and killed at Srebrenica, the worst atrocity on European soil since the Second World War.

It was in July 1995 that Serbian forces commanded by General Ratko Mladić and his paramilitary units systematically massacred the menfolk of Srebrenica. Most were killed with bullets or grenades in fields, warehouses, and football pitches. Their bodies, many dismembered and mutilated, were piled into mass graves and almost 20 years later are still being uncovered.

In February this year, at the Potočari Memorial Centre that houses the huge cemetery for the victims of Srebrenica, I listened as Kada recounted horrific memories of those dark days in July 1995.

“I know that Samir, along with other boys, was tied and probably kept waiting a long time to be killed,” said Kada. “It was a very hot day – so hot that some of the Serb soldiers couldn’t keep up with the pace of the shooting,” Kada continued, standing among the rows of white headstones, four of which belong to the men of her family.

“As the boys waited to be shot, one Serb woman seeing they were so thirsty, stepped forward to offer them some yoghurt, but was prevented by a Serb soldier who then also pushed her into the line to be killed – simply for offering a drink.” Looking out over the rows of headstones, the scale of the Srebrenica massacre moves from being a cold statistic to reveal its human proportions.

As a journalist who covered the war in the former Yugoslavia, I have now returned as part of a Scottish delegation representing the UK charity initiative, Remembering Srebrenica, whose aim is to raise awareness of the massacre and learn from the genocide to help work towards a rejection of the racism, hatred and extremism that underpinned it.

Headed by Angus Robertson, the leader of the SNP’s Westminster group, other delegates include the Reverend Lorna Hood, Moderator of the General Assembly of the Church of Scotland and its head of communications, Seonag MacKinnon, Ann McKechin, MP for Glasgow North, and Sergeant David Hamilton, who, prior to his time as chairman of the Scottish Police Federation (North Area), helped drive truckloads of humanitarian supplies during the Bosnian War for the charity Edinburgh Direct Aid.

During our time in Bosnia, we were to hear from fellow Scots who have played a significant role in solving what has been described as the “world’s greatest forensic puzzle” – the exhumation and identification of the remains of the tens of thousands who were victims of ethnic cleansing and genocide in the former Yugoslavia.

Like countless more relatives of the victims of Srebrenica, Kada Hotic owes an immense debt of gratitude to the International Commission on Missing Persons (ICMP). Along with other members of the Mothers of Srebrenica who we were to meet at Potocari Memorial Centre, Kada Hotic even went as far as to say that ICMP director general Kathryne Bomberger was worthy of nomination for a Nobel Peace Prize.

Bomberger’s husband, Adam Boys, a Scot, originally from Glasgow and now director of international programmes at ICMP, has lived in Bosnia for going on 20 years, during which time he has seen the organisation rise to become a global leader in dealing with missing persons.

“We currently operate the world’s largest DNA human identification facility,” says Boys, who went on to explain how ICMP employs archaeology, anthropology and pathology to identify human remains in places like Srebrenica.

Since it was established in 199,6 ICMP has taken 71,195 blood samples from the families of the missing. Matching blood and bone samples has become the only accurate way to identify the thousands of Bosnian bodies recovered from mass graves. This is no easy task when one considers that at the end of the Balkan wars as many as 40,000 people were estimated to have disappeared. At Srebrenica alone 91 mass grave-sites have been uncovered while the remains of many victims are also found in “surface sites” and in caves and rivers.

Making the job of the ICMP teams even more difficult is the incredible extent to which the perpetrators of the atrocities have tried to hide the evidence of their crimes. “We uncovered the remains of one man in four different grave sites, 50 kilometres apart, and had to carry out 13 separate DNA test to identify him,” recalls Boys.

Given that many of the findings by ICMP are presented as evidence in war crimes cases and trials, great emphasis by the organisation is put on how such a complex scientific process has to work alongside a rule-of-law approach.

“The families are also the victims of the crime,” insists Boys. “They have to be sure that their genetic data will be protected, that it will only be used for the purpose of identification, and that it will not be shared unless they give their permission.”

Dr John Clark, a forensic pathologist for 30 years formerly based at the University of Glasgow, is also one of the ICMP team and has been the chief pathologist for the International Criminal Tribunal for the former Yugoslavia (ICTY) on numerous occasion during its operations in Bosnia.

At the ICMP Podrinje Identification Centre in the town of Tuzla, Dr Clark lifts a few human bones from one of the tables and explains in this instance what he believes happened to the victim.

“This is a bullet hole here in the pelvis which then probably moved around, causing wider damage”, he says, fitting the bones together like a macabre jigsaw puzzle.

Currently, Clark is working in the Prijedor area of Bosnia where yet more mass grave-sites have been discovered. On eight occasions he has testified at the ICTY in various war crimes trials and twice in the Bosnian State Court.

Standing alongside Clark as he spoke was ICMP’s Senior Forensic Pathologist at the Podrinje Identification Centre, Dragana Vucetic. A Serb from Belgrade, she is now 34 years old and says she was too young back during the war years to remember much about it.

I ask whether being a Serb has posed any problems for her, given that Serb soldiers and paramilitaries were responsible for most of the victims whose remains she deals with. “I came here as an anthropologist, not as a Serb,” she replies, adding that she was at first greatly affected by what she had to deal with, having come straight out of university.

Fascinating and remarkable as the forensic science behind ICMP’s work is, its specialists never forget that, ultimately, the stories they are uncovering are about lives lost and its emotional impact on those left with the legacy of war-time atrocities. Adam Boys is the first to admit admiration for the way the Mothers of Srebrenica like Kada Hotic have stayed committed to highlighting the horrors of what went on, something that becomes apparent as I talk with Kada among the grave-stones of her male relatives at the Potocari Memorial Centre.

“When I gave birth to my son, I was the happiest woman alive and now I think of him thirsty and afraid, having to wait in line that day to be killed,” Kada reflects, before telling me of another atrocity she herself witnessed at Srebrenica after the women were separated from their menfolk.

“As we waited for the buses that would take us away from the men, one woman gave birth on the ground right before my eyes,” she begins her story.

The baby just born – not even a name – and a Serb soldier came over and crushed it under his boot … What can I say – genocide.” Having witnessed such things and herself having suffered so much loss, grief, and pain I wondered if she could ever forgive those who had done such barbaric things. “To begin with, the perpetrators have not accepted or recognised their crime,” she tells me with a shrug of her shoulders.

She adds: “I am not the owner of the lives of my husband, son and brothers, I have no right to forgive for their suffering. In many ways I feel sorry for those who did this and that they became like animals.”

Today, Kada, at 69, suffers from rheumatoid arthritis but this has not prevented her and the other Mothers of Srebrenica from being as determined as ever to ensure justice is done and that the world should never forget the torture, brutality and killing during those days of the massacre.

Today, Kada and the others continue to battle with the Serb authorities in their efforts to have the old battery factory and other buildings adjacent to the cemetery made into a museum to commemorate the victims and highlight the issue of genocide. It was in these buildings that Dutch UN peacekeepers tasked with safekeeping the Muslim enclave of Srebrenica were stationed. To this day many here in Bosnia and around the world still hold the Dutch troops responsible for failing to intervene and protect the innocent civilians of Srebrenica. “If our loved ones could not live here alive, they can live here dead,” insists Kada.

Having rebuilt her family home in Srebrenica, Kada says she continues to live in the area because of her “bloodymindedness” and determination to keep telling the world and those that visit about the uncomfortable reality of what Srebrenica represents.

As I accompany her from the grassy area of the cemetery that day, she asks me to ensure that I walk only along the base of the graves and not across the head as this would be disrespectful.

Passing each gravestone, she gently caresses the marble tops, stopping once to hug the stone above the grave of her son, Samir, as if it were the boy himself still here and alive.

It is a touching and poignant moment that I will always remember, just as all of us in the same way should never forget the evil that gripped Srebrencia those few short years ago.”