Student Jonas Pelendi took part in a ‘Lessons from Srebrenica’ educational visit. Here, Jonas writes about his experience in Bosnia-Herzegovina. 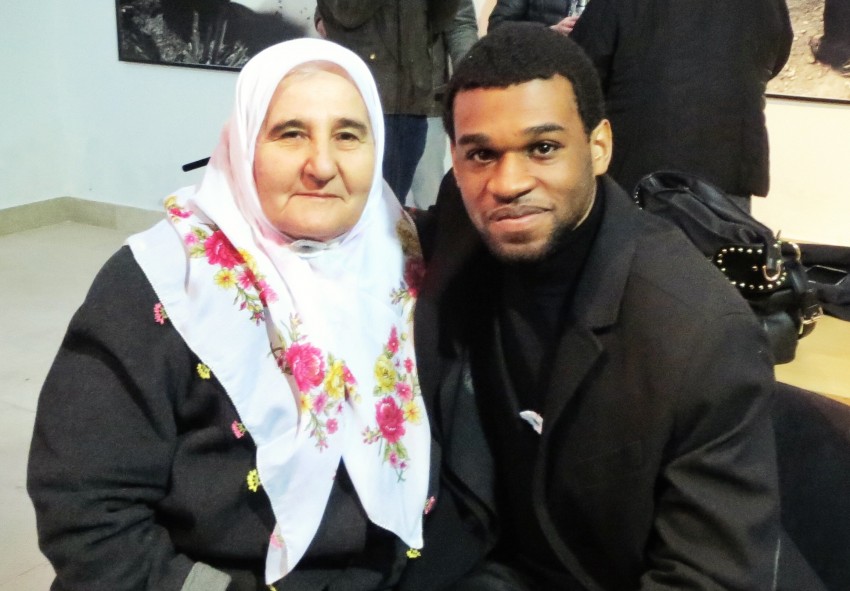 The Srebrenica massacre represents at its core, humanity’s capacity for savagery and brutality which is unfortunate considering the world’s promise to ‘never again’ play witness to the unfolding of genocide earlier with the Holocaust. Being born in 1995 and growing up, I was never taught anything in school on the Bosnian conflict which was really astounding considering the war culminated in Europe’s worst massacre in the Second World War.

However, researching and seeing the iconic ITN images of emaciated men at Trnopolje camp shook me to the core that these images were beamed throughout a world that had previously been disgusted by the sight of the horrors of Auschwitz. The fact that this dark episode in mankind’s history occurred a few hours from London really drove home the proximity of ethnic hatred and a great sense of sadness that the world stood by and watched more than 8,000 Muslim men and boys systematically handed over and massacred by their Serb executioners

Being given the opportunity to traverse into sites where so many innocent people were lost to agents of injustice really reinforced my desire to come back to the UK and play my role in keeping the flame of Srebrenica in the public eye. As a UK and global citizen, it is a moral duty to educate the wider world on the importance of rooting out hate in our society.

Writing my experiences simply does no justice to the power of experiencing Srebrenica because I have seen the anguish of mothers who would risk the odds for one more moment to share with husbands and sons they watched hopelessly fall into the hands of their killers.  I have seen the complete disregard for human dignity in the systematic nature of murder and the breakdown of community which is the fabric of human society.

There is no pain greater than a mother’s anguish and being able to see lifeless widowed mothers appeal to a world that forgot her husband and son, has given me the fortitude to be their voice and continue to make sure the world never forgets the events of July 1995.

Growing up in East London has really blessed me by being able to be exposed to a melting pot of different ethnicities and cultures which has really shaped my strong sense of community cohesion. However, considering the Bosnian conflict involved Serb, Croat and Muslim neighbours turning on each other, this highlights the danger of allowing ethnic and religious passions to spill over into a maelstrom of violence.

With the rise of right wing nationalism throughout Europe, this threat is now real and existent which means all areas of society must unite and strive towards making the UK a beacon of tolerance regardless of creed, colour or religion. This is what makes the flame of Srebrenica. Srebrenica reminds us of the challenges posed by discrimination and intolerance but it is also shows why our way of life is worth fighting for.

As a melting pot of different walks of life, the UK’s acceptance of diversity is what makes us strong as a nation and being able to travel to Bosnia reaffirmed just how proud I am to be a British citizen.

Our society may not be wholly perfect and has much that needs to be improved but our strong culture of acceptance and cultural diversity is world renowned. Srebrenica must be ingrained and educated as the EXTREME we must NEVER surrender to.

As a melting pot of different walks of life, the UK’s acceptance of diversity is what makes us strong as a nation and being able to travel to Bosnia reaffirmed just how proud I am to be a British citizen.

Travelling to Bosnia was definitely a once in a lifetime experience which will be forever etched in my heart because of the tragedy that such a beautiful country will forever be synonymous with bloodshed despite its rich cultural history and diversity.

The fact that such bloodshed could occur in the heart of so called ‘civilised’ Europe so recently really drives home the message that the tragedy of Srebrenica should be taught across the world as a constant reminder of the dangers of intolerance and division in society. In doing so, we retain the flame of 8,372 victims alive in the human memory so we can edge one step closer to a harmonious world where genocide will fade into the annals of history. Using Srebrenica as my foundation, I do hope to be part a key part of the next generation who can truly say ‘never again’ to genocide.

Mar 20, 2015Amil Khan
MAKE A DONATION
Remembering Srebrenica remains committed to honouring the victims and survivors of the genocide.