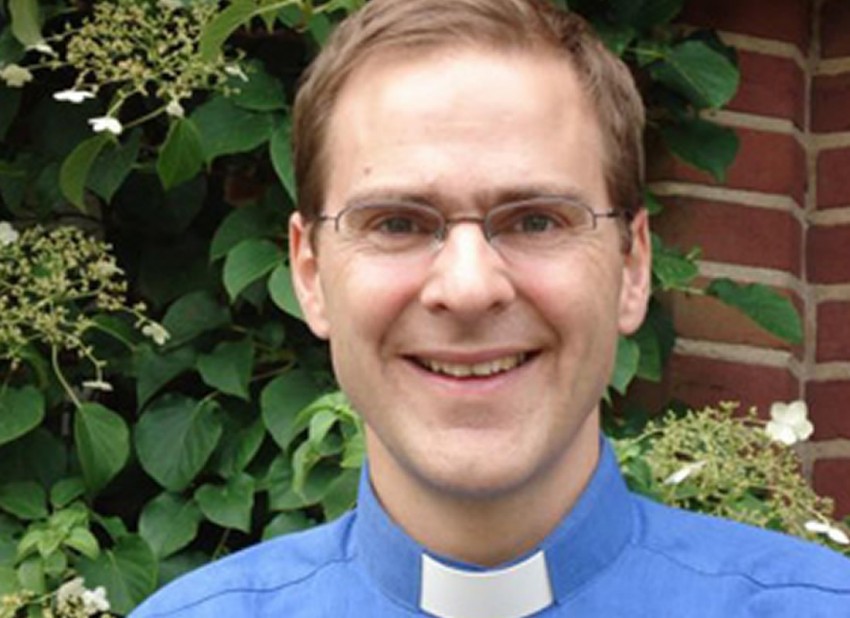 Reverend Dr Toby Howarth, the Secretary for Inter Religious Affairs for the Church of England, reflects on his visit to Srebrenica.

“In January this year, I spent some time in Bosnia with a multi faith group as part of an initiative called ‘Remembering Srebrenica’ which aims to raise awareness of the genocide of Muslims by Bosnian Serbs that took place from 11th to 13th July 1995. It was a harrowing visit, not least as the pain is still so raw and unresolved. We visited the memorial centre close to Srebrenica at Potocari, the UN base which was meant to provide protection for the wider ‘safe haven’ Muslims in that part of Bosnia. In fact, the 400 Dutch peacekeepers who were too few, and had too little support from the UN to stand up to the Bosnian Serb forces led by Ratko Mladić ended up handing over thousands of Muslims to Mladić’s forces who then separated out the men and boys before murdering them. Our guide was one of thousands more who fled north in what became known as the ‘Death March,’ to Tuzla, hunted down on the way by Bosnian Serb units. He was one of the few survivors.

Seven extraordinary women from the local group, ‘Mothers of Srebrenica,’ welcomed us and told us their stories, having lost husbands, sons and other relatives. One woman told us of 14 members of her family murdered in those few days. Many thousands of girls and women were also held and abused in so-called ‘rape camps’ and continue to live with the scars. In the formerly mixed villages, older Muslim women live alone, supporting one another into a bleak future as Serbian Orthodox churches are built as territory markers around them.

It is hard to move on when the present is so unresolved. Some of the mothers are still waiting to bury their dead. After the killings, the dead were dumped in mass graves. After these were discovered using images from American U2 spy planes, the graves were dug up with heavy machinery and the bodies dumped in a number of secondary and even tertiary mass graves to hide evidence that could be used in war crimes tribunals. We visited mortuaries and labs run by an extraordinary team from the International Commission for Missing Persons who are painstakingly matching DNA from body parts with blood samples from living relatives. Bodies have often been broken up so that parts are discovered in several different mass graves over a period of many years. Eventually the bodies or body parts, having been identified, can be buried by the survivors.

We passed a village school just down the road from an agricultural warehouse. During the genocide, about a thousand men and boys were forced into the warehouse and slaughtered with a combination of machine guns, grenades and knives. Others were kept for two days in stifling heat without food or water in the school building before being taken out and shot. The warehouse stands empty, without any sign or memorial to what took place there. The school building has been refurbished and is now in use again by children, including, we were told, those from families who were involved in the killings – on both sides.

Our group leader was Martin Bell, the BBC Balkans correspondent who had covered the war before returning to the UK to stand as an independent MP. He was welcomed back as a hero, respected for the quality and fairness of his reporting, for his evidence given at the Hague war crimes tribunals, and for having been wounded himself during the conflict. We were grateful for his bravery in telling the truth of what he saw at the time, and for his constant admonitions to us not to be too quick or easy in our judgements now.

The UK as a whole needs a greater awareness of the sheer horror that took place at Srebrenica and the many other terrible crimes perpetrated during the breakup of the former Yugoslavia. Those events were, and still are, hugely significant for the identity of Muslims in the West. As a nation and more widely in Europe, we still need to come to terms with a level of complicity in what happened on our doorstep. The church also has hard questions to answer about what was said then – and what wasn’t.”