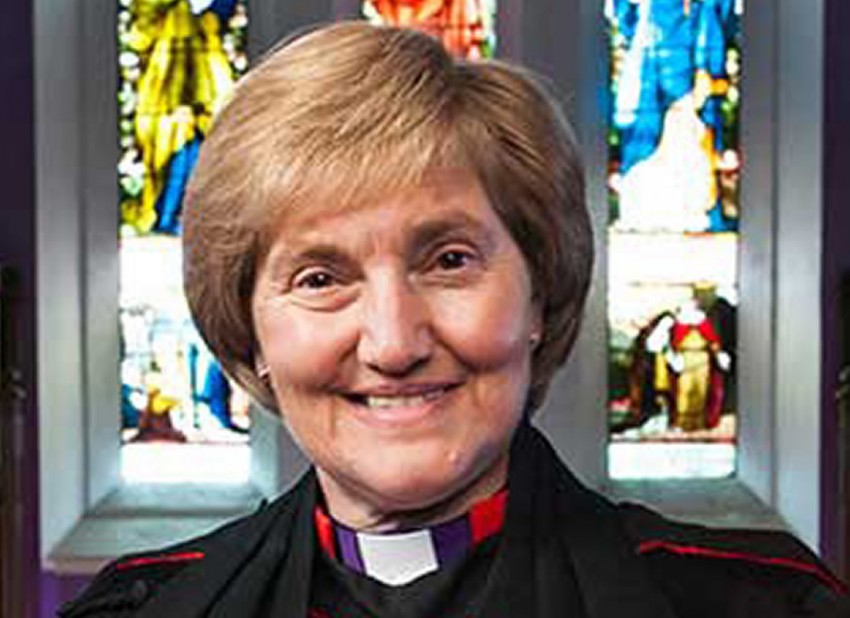 Rev Lorna Hood, the Moderator of the General Assembly of the Church of Scotland and Chaplain to Her Majesty The Queen, reflects on her visit to Srebrenica.

“In February this year, I sat unashamedly weeping as I listened to a young Cambodian at the National Holocaust Memorial Day in Stirling, when I remembered not only the genocide inflicted on the Jews but other massacres in places such as Rwanda and Cambodia.

As I left the theatre, my husband asked, “How are you going to cope in Srebrenica?” I remember how deeply affected I was after my visit to Yad Vashem in Jerusalem, the memorial to the Jewish Holocaust. Tears rolled down my face as I ascended from the underground crypt lit by the reflected light of one candle where, 24 hours a day, seven days a week, the names of the children who had been executed were read out; a haunting voice that has remained with me.

All of this has come to mind as I prepared for my trip to Srebrenica. It encompasses the simple emotion of deep weeping within, along with the anger and powerlessness to change what has happened and the poignant, nagging question: “why?

I was invited to participate in a four-day visit, sponsored by “Remembering Srebrenica” along with leading Scottish figures such as Angus Robertson, SNP leader at Westminster and the Labour MP Ann McKechin. This UK charitable initiative promotes Srebrenica Memorial Day which seeks to not only learn from the genocide and victims’ lives but also to raise public awareness to reject hatred and build good community relations.

Srebrenica has been described as the greatest atrocity on European soil since the Second World War. Yet, public knowledge of the atrocity is limited. How quickly we forget. My own community in Renfrew was privileged to welcome refugees at the height of the atrocities. Ensconced in Blythswood House, I still remember their haunted faces etched with fear.

In July 1995, Serbian forces commanded by General Mladić and his paramilitary units systematically and brutally massacred more than 8000 Bosnian men and boys. Their bodies were piled in mass graves. Almost 20 years later, their remains are still being uncovered. We met up with John Clark, a respected forensic pathologist from Glasgow who has been in charge of the mortuary work in Bosnia, examining the remains from mass graves throughout the country, mostly related to Srebrenica but not exclusively for the International Criminal Tribunal for former Yugoslavia in The Hague.

The tribunal wanted to secure evidence for criminal convictions rather than to identify individual victims. That part of the work has largely finished and the emphasis over the past 10 years has been on identifying the bodies and returning them to relatives for burial.

Our trip included a visit to the International Commission for Missing Persons and meeting the mothers of Srebrenica at the Memorial Centre. This visit was life-defining. It is nothing other than harrowing to see the remains and the forensic operation.

Touching evil and witnessing such inhumanity based on religious and ethnic identity first hand was vexing and chastening.

It has also haunted me so that I will never again be able to keep silent when I am confronted with discrimination, racism and the promotion of hatred. It is very easy to think of the massacre as something that happened elsewhere and did not touch our lives.

However, discrimination and suspicion and even hatred of those who are different are still evident in Scotland. We perhaps scoff and say it couldn’t happen here but the loss of 8000 men and boys along with the systematic rape of women and girls remind us that it could happen anywhere. Remember: this atrocity happened among people who had lived peacefully together for hundreds of years.

The poet George Santayana said:”Those who cannot learn from history are doomed to repeat it.” With the present unrest in Bosnia, one fears for the future and peaceful reconciliation.

I am delighted to play a small part in telling the story so that we can say with some measure of reassurance, “never again”.”