The Srebrenica-Potočari Memorial Complex was founded in May 2001 as a non-profit organisation that aims to build and maintain the complex in memory of the victims of the Srebrenica genocide. 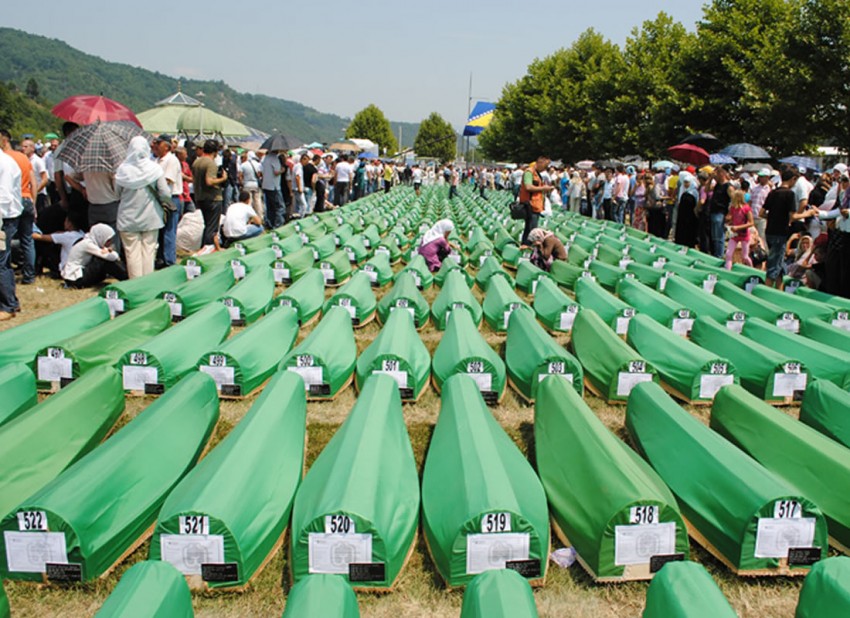 everything that happened over three years in Bosnia culminated into one place and one time.

Srebrenica is located in Republika Srpska, a semi-autonomous region of Bosnia-Herzegovina controlled by Bosnian Serbs as part of the Dayton peace agreement. With perpetrators still at large and genocide denial widespread among Bosnian Serbs, had it not been for the involvement of the international community, the memorial may never have come into being at all.

The decision to locate The Srebrenica-Potočari Memorial and Cemetery, as it is known today, and secure its funding was made by the then UN High Representative Wolfgang Petritsch in October 2000 – just over five years after the genocide took place. Much of the funding came from foreign countries. Located in the village of Potočari, the site was chosen by survivors and bereaved relatives because it was where many of them last saw their loved ones alive. The Srebrenica-Potočari Memorial Complex was subsequently established in May 2001.

Beginning as a cemetery, the site was officially opened by former US President Bill Clinton on Saturday 20 September 2003, where 600 sets of remains were buried. Addressing thousands of mourners, many of them Bosnian Muslim women who lost husbands and sons, Mr. Clinton said:

Bad people who lusted for power killed these good people simply because of who they were. But Srebrenica was the beginning of the end of genocide in Europe. … We remember this terrible crime because we dare not forget, because we must pay tribute to the innocent lives, many of them children, snuffed out in what must be called genocidal madness. … I hope the very mention of the name “Srebrenica” will remind every child in the world that pride in our own religious and ethnic heritage does not require or permit us to dehumanize or kill those who are different. I hope and pray that Srebrenica will be for all the world a sober reminder of our common humanity. … May God bless the men and boys of Srebrenica.

Every year since, as more mass graves have been exhumed and remains identified, further burials have followed with 6,643 victims’ remains interred, as of September 2019. As bodies are still being recovered from mass grave sites and every year, families gather at the cemetery on 11 July to bury the remains of their loved ones.

Alongside the white gravestones, a wall of names of the dead sweeps across the cemetery with a marker stone bearing the figure of 8,372 – the number of men and boys killed and missing.

The late Paddy Ashdown succeeded Petritsch as UN High Representative and – thanks to his backing and support from Imperial War Museum (IWM), London – a memorial room was opened in July 2007.

This visitor centre is located at the ‘Battery Factory’, a site from the pre-war era buildings used by the Dutch battalion (DUTCHBAT) as its headquarters from 1994 to 1995. Visitors to the centre are given guided tours, often by curators who are themselves survivors of the genocide. It offers visitors the chance to view imagery and interpretation boards. There is also the opportunity to view a powerful and moving film about the genocide.

The memorial centre serves a symbolic purpose that has encouraged Bosnian Muslim refugees to return to Srebrenica – to some extent reversing the process of ethnic cleansing to which it bears witness.