A Bosnian woman living in Stoke-on-Trent has joined volunteers working to mark the 20th anniversary of the Srebrenica genocide with a special memorial event for the second year running. 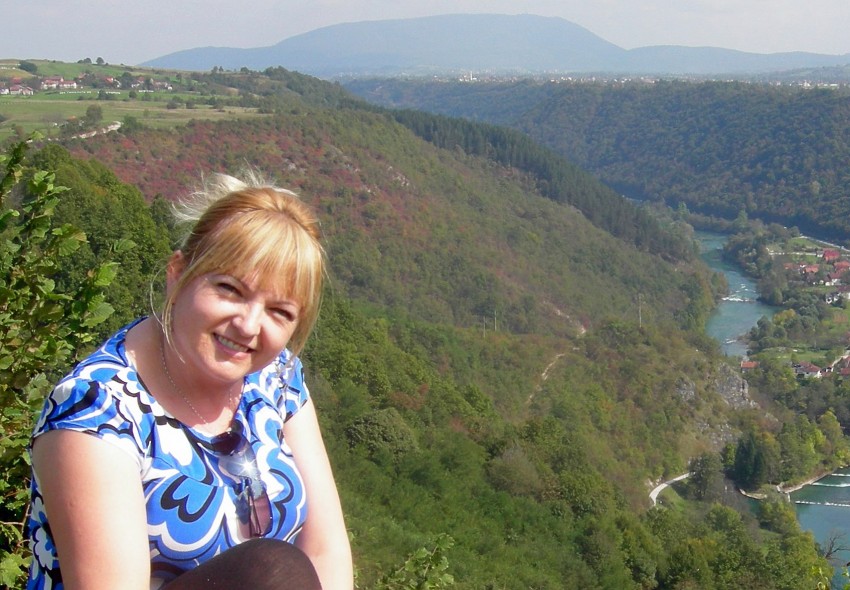 Aida Salkić Haughton has joined people from across the city who are working with Remembering Srebrenica and YMCA North Staffs to organise Stoke-on-Trent’s second event marking Srebrenica Memorial Day.

And she is also working with volunteers across the West Midlands region – joining the organisation’s regional board – as they plan a series of memorial events from Stoke-on-Trent down to Birmingham.

This year’s event in Stoke-on-Trent will take place on 10 Jul 2015 at the YMCA Sky Room venue in the city and local volunteers are currently working up a full programme.

Aida, aged 41, is originally from Cazin, in Bosnia-Herzegovina. She has been living in Stoke-on-Trent for over four years and works at the city’s YMCA. She said:

“After attending Srebrenica Memorial Day organized by Stoke-on-Trent City Council last year, I have decided to get more involved with the organization itself and help raise awareness of the terrible atrocities that took place in Srebrenica in July 1995.

I believe that victims of Srebrenica must not be forgotten and each one of us must do whatever in our power to help survivors as well as to educate young generations so that such genocide would never happen again.”

Remembering Srebrenica raises awareness of the genocide in the UK. It works with people across the country to help strengthen British society by learning the lessons of history. It organises UK memorial events.

“I mentioned to my boss at the YMCA North Staffs, CEO Danny Flynn, that I had been offered a seat on Remembering Srebrenica’s regional board charity and we were looking for a free-of-charge venue, he instantly offered us the YMCA Sky Room,” said Aida.

“The only pre-condition was that I cook a Bosnian meal as a part of the YMCA’s Community Meal Project one week before, which I gladly accepted. ‘Let us all be Bosnians for a day!’ said Danny as he was booking both events in his calendar.”

The YMCA was founded in 1897 and is the biggest Christian youth movement in the world. It provides services to young people locally, with no matter what race, religion and culture they belong to.

“More than 1,500 people use the YMCA’s services and resources in Stoke-on-Trent every month,” said Aida. “The YMCA wishes to include as many of our young people as possible to teach them about the events and consequences of a war in Bosnia-Herzegovina.”

May 12, 2015Amil Khan
MAKE A DONATION
Remembering Srebrenica remains committed to honouring the victims and survivors of the genocide.

Our Community Champions are attending #HMD2020 commemorations across London & South East this week as #WeRemember the lives lost in the Holocaust. We must all #StandTogether to continue our fight against racism & hatred to ensure #NeverAgain really means #NeverAgain. #Auschwitz75