Robert McNeil MBE, a former Forensic technician from Glasgow who now sits on the board of Remembering Srebrenica Scotland, is leading a delegation of forensic experts returning to Srebrenica this weekend. 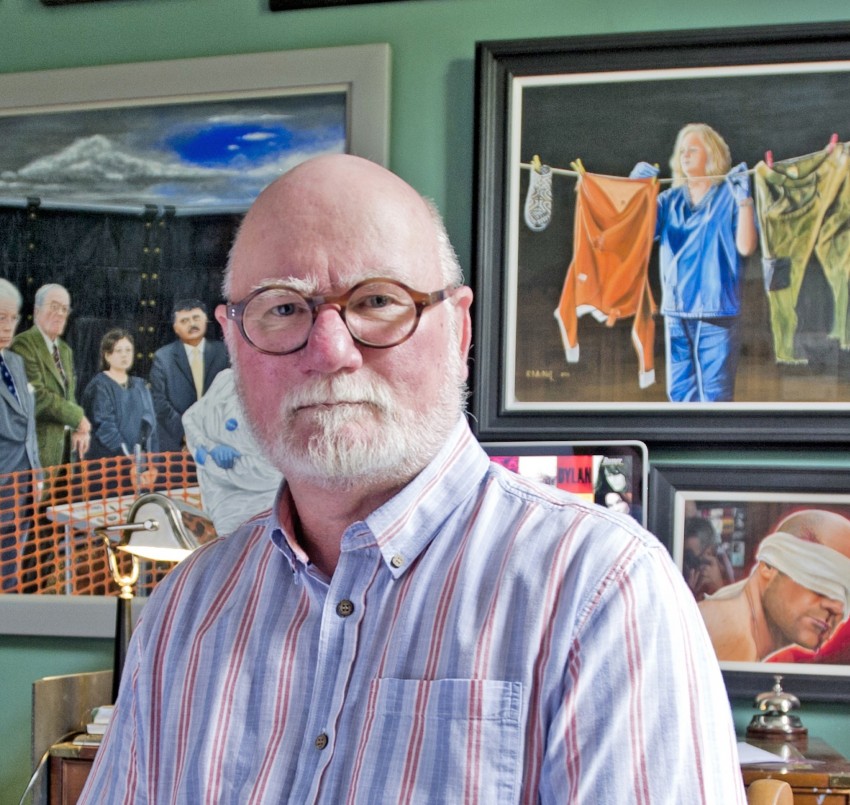 On the 20th anniversary of the first forensic specialists going out to excavate mass graves in Bosnia, a group of 15 experts who all worked there in the 1990s and early 2000s are returning to reflect on their experiences.

The delegation will be led by Robert McNeil MBE, a Forensic Technician from Glasgow, who sits on the board of Remembering Srebrenica Scotland, a charity set up to raise awareness of the genocide which took place in Bosnia-Herzegovina 21 years ago.

The group also includes specialists from many different fields who all played a role in the difficult task of exhuming bodies, examining the victims, and gathering evidence against the perpetrators charged with war crimes, crimes against humanity and genocide. As part of their visit, the group will return to the town of Visoko, where a temporary mortuary in which they all worked was situated from 1997. The town now has a “Square of the Srebrenica Genocide Victims”, which includes an amphitheatre, a fountain and a memorial plaque located by the promenade. The memorial also recognises the work done by the forensic specialists in identifying the victims, so will be a particularly poignant place for them to visit.

Following on from the visit of the First Minister of Scotland, Nicola Sturgeon last week these experts will have an important opportunity to see more of Bosnia than was permitted when they were working there for the UN. Delegation leader, Robert McNeil MBE, said:

“Due to the nature of the work we were carrying out in the 1990s, we were not able to interact with local people or see much of the country outside of our immediate work because of issues of confidentiality and security.

“All of us feel that this was missing from our experiences there, so being part of this educational programme with Remembering Srebrenica will be of great help to everyone involved. People are travelling from all over the world to come with us, so their commitment will help the charity tremendously in teaching more people about what happened.”

The delegation will hear from survivors of the genocide and relatives of the victims, as well as the British Ambassador and officials from the International Commission on Missing Persons which continues to spearhead the effort to locate and identify the missing.
The lessons from Srebrenica visit is part of Remembering Srebrenica’s wider education programme which has seen 21,000 young people learning the lessons from Srebrenica. The charity also organises memorial events across the UK to mark the EU-wide day of remembrance for the victims of the genocide.

Remembering Srebrenica’s Chairman, Dr Waqar Azmi OBE, said: “Taking these experts who played such an important part in the recent history of Bosnia back to Srebrenica demonstrates our commitment to justice and truth in learning about the genocide. Their contributions to the legal processes must not be undervalued, nor must the role they can play in helping others to learn about the horrors of Srebrenica.

Sep 1, 2016Amil Khan
MAKE A DONATION
Remembering Srebrenica remains committed to honouring the victims and survivors of the genocide.

“If Srebrenica were happening at this very moment, the outcome would be the same. Europe is more disunited now & rightwing forces more in evidence” (Jasmila Žbanić)

Globally, there are less than 5,000 people with the surname Salihović

There are 230 Salihović’s on this memorial

On my first visit to Bosnia, we saw this picture at @SrebrenicaMC and it made a huge impression on our all-woman delegation. Here's more about 'The Hanging Woman' from @kimwillsher1 #neverforget

In April 1996, @lynnhiltonphoto and I went to Bosnia to try to find out the identity of a woman photographed hanging from a tree after Srebrenica. The picture went around the world, but at the time she was known only as "The Hanging Woman". I felt she we should know her name.