High-profile figures from Yorkshire and Humberside join forces for Srebrenica

Three high-profile public figures from Yorkshire and Humberside have joined Remembering Srebrenica's regional board, as the charity prepares to mark next year's 21st anniversary of the Srebrenica genocide. 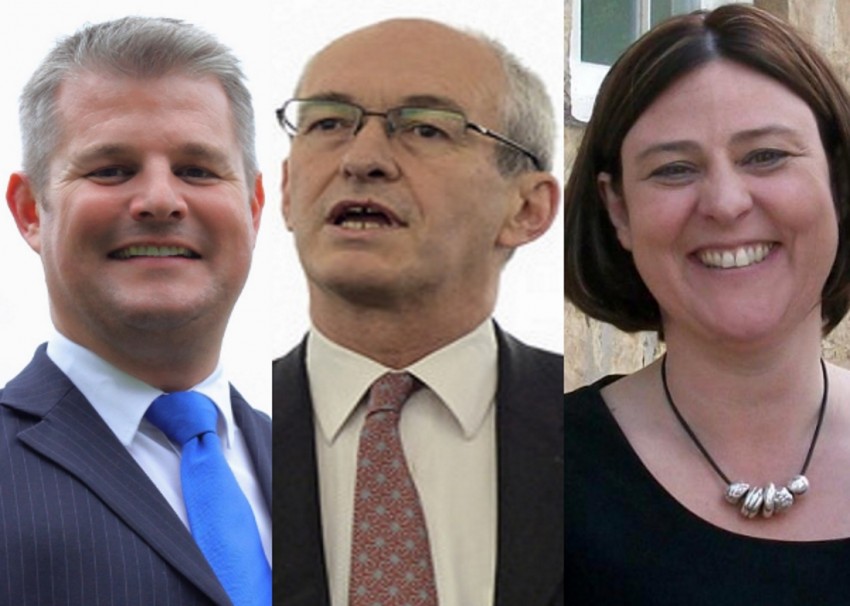 Richard Corbett MEP for Yorkshire & Humber and Stuart Andrew MP for Pudsey, Horsforth and Aireborough are joined by Julia Mulligan, the Police & Crime Commissioner for North Yorkshire, on the regional board.

Chaired by Bradford City Councillor Alex Ross-Shaw, the charity’s Yorkshire & North East board has marked this year’s 20thanniversary of the worst crime in Europe since the Second World War with a range of events.

These included memorial event at Bradford City Hall; a special screening of the multi-award winning Bosnian movie Halima’s Path supported by Bradford City of Film; and a Srebrenica Creative Workshop in Sunderland.

Srebrenica is a terrible reminder that we have not managed to banish genocide from our planet – not even in Europe. We must be constantly vigilant against all forms of racism and xenophobia and never think that they can be tolerated in any form.”

I am thrilled to have joined the Regional Board. Visiting Srebrenica and seeing the legacy of the atrocities that occurred was one of the most humbling experiences of my life and it will stick with me. Unfortunately, the genocide does not receive the press it warrants, so I look forward to building on the work that Remembering Srebrenica do in reminding people of the atrocities.”

It is extremely important that we continue to remind ourselves and raise awareness about the horrific events in Srebrenica 20 years ago.  We should honour the memories of innocent victims and their families by building a bright future in Bosnia and Herzegovina, promoting tolerance and diversity in North Yorkshire and do all we can to protect people from any type of hate-related crime.”

The three new members – pictured above with Stuart Andrew on the left – join Mashuda Shaikh, Qari Muhammed Asim MBE, Jerri Butler, Zeynab Ahmed, Simon Farmer and Richard Bartlett as the board plans for 2016.

Cllr Alex Ross-Shaw said: “I am delighted to welcome Richard, Stuart and Julia to our board, as we prepare to keep the memory of Srebrenica alive in 2016. We are honoured that three such influential figures in our region have found time in their busy schedules to join our board.

“Srebrenica reminds us that evil still exists in the modern world and that hatred and intolerance can flourish if left unchallenged. I look forward to working with all our board members in helping to build better, safer and stronger communities across Yorkshire and the North East.”

SIGN UP
October 23, 2015 News
New home found in city for Bradford’s iconic Srebrenica flagShort story: 'It means nothing to me, the dead one'