Holocaust Memorial Day Marked Across The Country By Community Champions 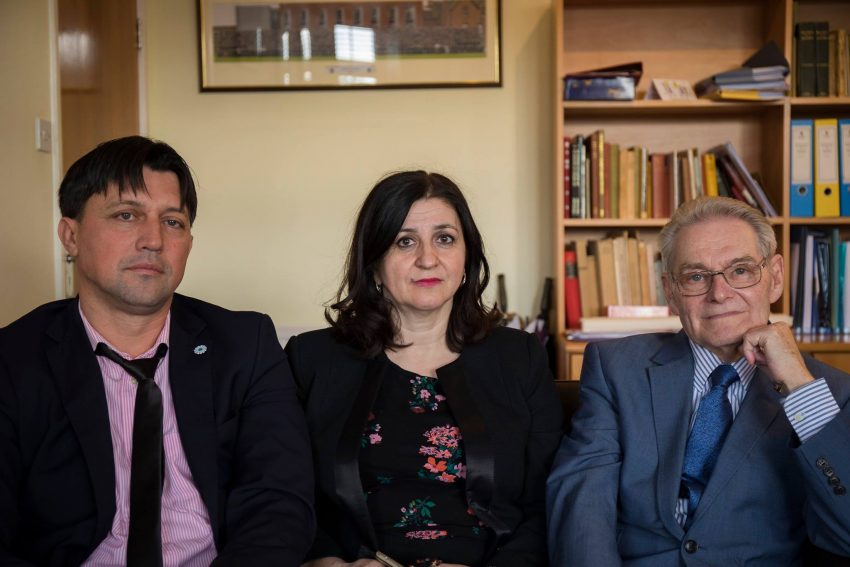 Saturday 27th January marks the 73rd anniversary of the liberation of Auschwitz-Birkenau, the largest and perhaps most infamous of Nazi concentration camps. All across the UK, communities will come together to remember the victims of the Holocaust and subsequent genocides.

The theme of this year’s Memorial Day is ‘The Power of Words’. From propaganda used to sow division to the testimony of genocide survivors, it is clear that the words we choose to use have a powerful and lasting impact. Remembering Srebrenica’s staff and Community Champions participated in Holocaust Memorial Day by speaking at memorial events, organizing a film screening of a genocide documentary and hosting an academic conference.

Remembering Srebrenica’s Community Champions worked closely with local authorities, schools, universities and other organizations to commemorate Holocaust Memorial Day. Two high-profile events occurred in Lancashire, Elinor Chohan OBE and Chair of our North West board spoke at Preston Minister on the 27th January and a Memorial ceremony was held at HMP Kirkham.

In the West Midlands, Memorial events were held in Birmingham, Worcestershire and Solihull. Alma Aganović, Chair of the West Midlands Board, who survived the siege of Sarajevo, attended a remembrance ceremony at Birmingham City Council. Amra Mujkanović, whose parents left Bosnia-Herzegovina in the 1990s for their safety, addressed a gathering of local school children and council staff at Wychavon District Council in Worcestershire.

On Friday 26th January, Remembering Srebrenica and Solihull School hosted a public screening of Condemned to Remember by Emmy award-winning director Gerry Gregg. The film was shown to over 700 people across the day with students and members of the public watching the film. It was an honour to bring together survivors from Srebrenica and the Holocaust who spoke about their own experiences of surviving genocide.

Star of the film, Tomi Reichental, was joined by Hasan Hasanović and Dr Fatima Dautbašić-Klempić, genocide survivors who also feature in in the film. From the Holocaust to the Srebrenica genocide, which took place just 50 years later in 1995, Tomi reflects on what we have and have not learned since the horrors of World War Two.

“The theme for Holocaust Memorial Day this year is the “Power of Words” and how they can be deployed for good or evil. I am so proud that our Community Champions and survivors of the Srebrenica genocide, such as Hasan Hasanović and Dr Fatima Dautbašić-Klempić, are using their voices to warn against hatred and intolerance.”

In addition to these events, many other Community Champions spoke and volunteered at events to remember the Holocaust and subsequent genocides. We are grateful to all Remembering Srebrenica’s Community Champions who work tirelessly throughout the year to ensure we can learn from the horrors of the past to create a brighter future

Jan 27, 2018Amil Khan
MAKE A DONATION
Remembering Srebrenica remains committed to honouring the victims and survivors of the genocide.