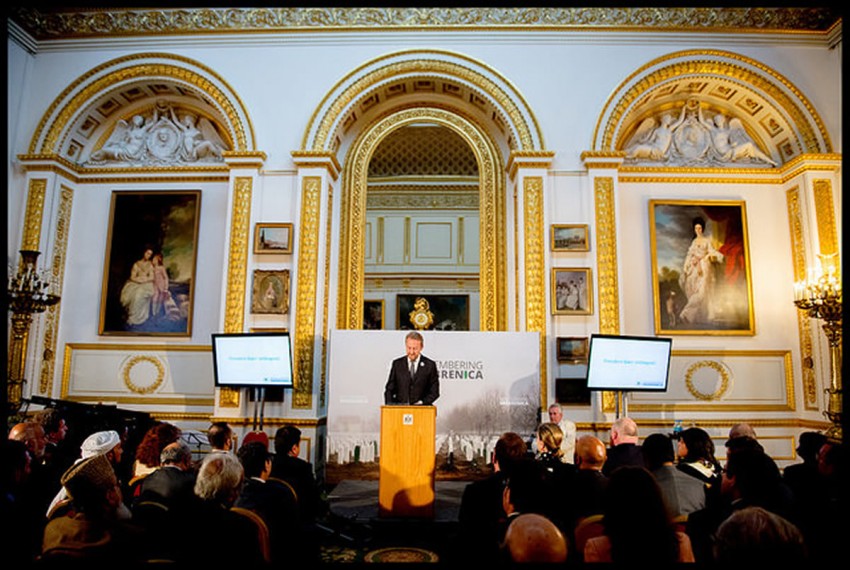 The week had dual aims of raising awareness of the genocide and its ramifications – particularly on the lives of its survivors – and using these lessons to counter problems with hatred and intolerance in British society.

It saw four of the Mothers of Srebrenica, who represent the approximately 6,000 widows and family members of those killed, travel the country sharing their stories with politicians such as Deputy Prime Minister Nick Clegg, faith leaders, and audiences at a number of the events.

In total, more than 300 people attended three national events held in London, Cardiff and Edinburgh, and many more participated in 30 local memorial events held across the country in civic, religious and community settings. A signficant number of other acts of rememberance are also estimated to have taken place in religious and educational institutions,  and a number of events were supported by the participation of school children, ensuring that a younger generation continues to learn lessons from Srebrenica.

In addition, hundreds of parliamentarians signed The ‘Book of Pledges’, which is designed to hold commemorative comments, along with journalists, faith leaders, and other interested parties.

Highlighting the attention that the week created, Remembering Srebrenica’s film enjoyed more than 1,000 hits within its first few days of airing, while our Twitter follower numbers tripled and our Facebook followers doubled.

The week has provided a great foundation for next year’s events, which will mark the 20thanniversary of the genocide. Remembering Srebrenica is already looking ahead to this, and looks forward to using the opportunity to work with its impressive team of local and national organisers to put together a high-profile and wide-ranging programme of events.

Jul 18, 2014francesca cleverly
MAKE A DONATION
Remembering Srebrenica remains committed to honouring the victims and survivors of the genocide.