The courage of the women of Bosnia was honoured at over 500 Srebrenica Memorial Week events across the UK, as communities came together to pledge to tackle hatred and intolerance. 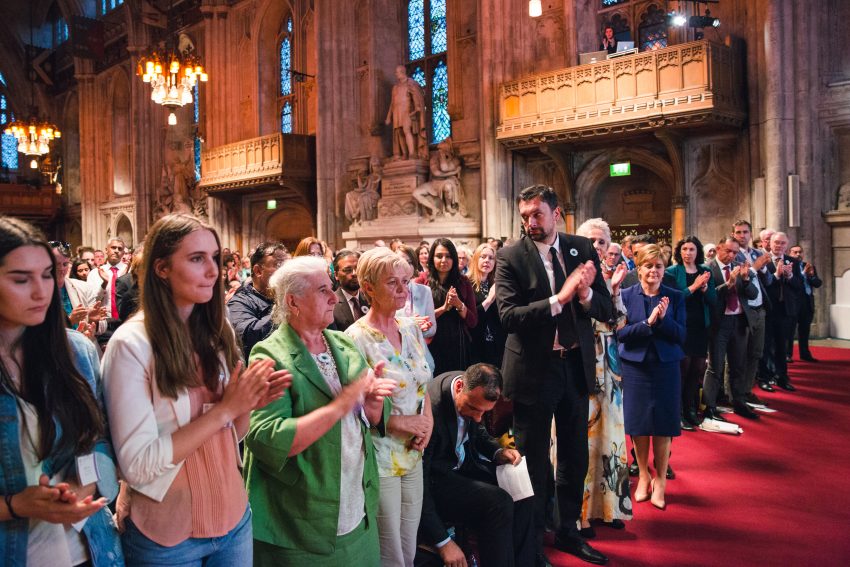 This year’s Srebrenica Memorial Week has seen a powerful movement growing across the country with our 1,000 Community Champions helping to organise over 500 acts of commemoration, which have brought people together to tackle hatred and intolerance.

The UK’s national commemoration at Guildhall in London featured a powerful keynote speech from the First Minister of Scotland, Nicola Sturgeon, a video message from UN Ambassador Angelina Jolie and 700 guests moved to tears by the power of the testimony of survivors of sexual violence in our new film ‘Breaking the Silence: The Women of Bosnia’. Both Bakira Hasečić, President of the Association of Women Victims of War, and Munira Subašić, President of the Mothers of Srebrenica and Zepa Enclaves Association, received standing ovations in recognition of their bravery in fighting for justice and standing up for the rights of survivors of the genocide. The evening also saw beautiful performances by musicians from the National Theatre of Sarajevo and the presentation of artwork created by students from schools across the UK, which spelled the word ‘Srebrenica’ with the names of the 8,372 victims of the genocide.

Our three country boards held national commemorations for Wales, at the national assembly in Cardiff, for Northern Ireland, at Belfast City Hall, and for Scotland, at St Mungo’s Museum of Religious Life and Art in Glasgow. There were also debates on Srebrenica at Westminster, led by Kate Green MP and at the Welsh Assembly, led by Jayne Bryant AM, while the Victims Commissioner for Northern Ireland, Judith Thompson, hosted an event at Stormont with Munira Subašić.

Our six regional boards have all contributed hugely to the success of Srebrenica Memorial Week. Powerful events at a number of key Synagogues, Mosques and Churches were supported by our London board and civic commemorations brought together faith leaders, politicians and community groups to break the silence supported by our boards. 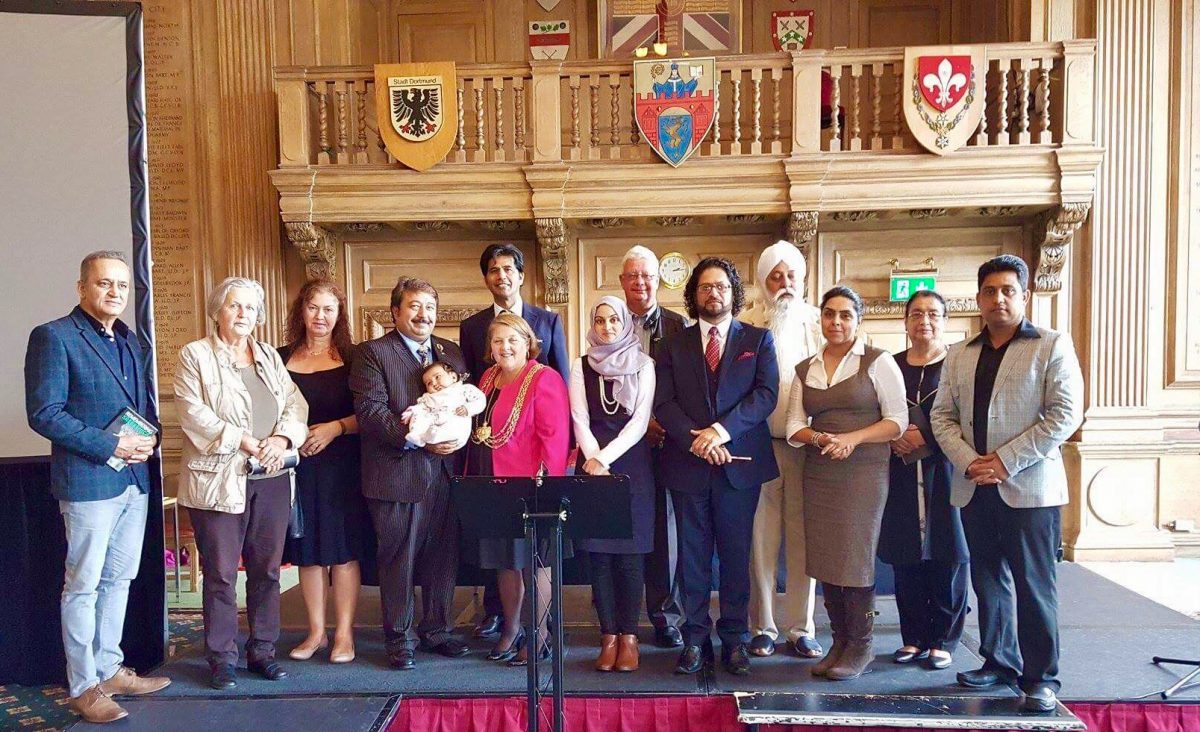 More schools have commemorated than ever before, with over 20,000 children benefiting from our educational work in Memorial Week, including nearly 2,000 playing in the 8-3-7-2 Srebrenica Memorial Football tournament. The diversity of engagement with the subject has been highly impressive, with art projects, film-making and poetry competitions taking place, as well as workshops, assemblies and PSHE lessons. 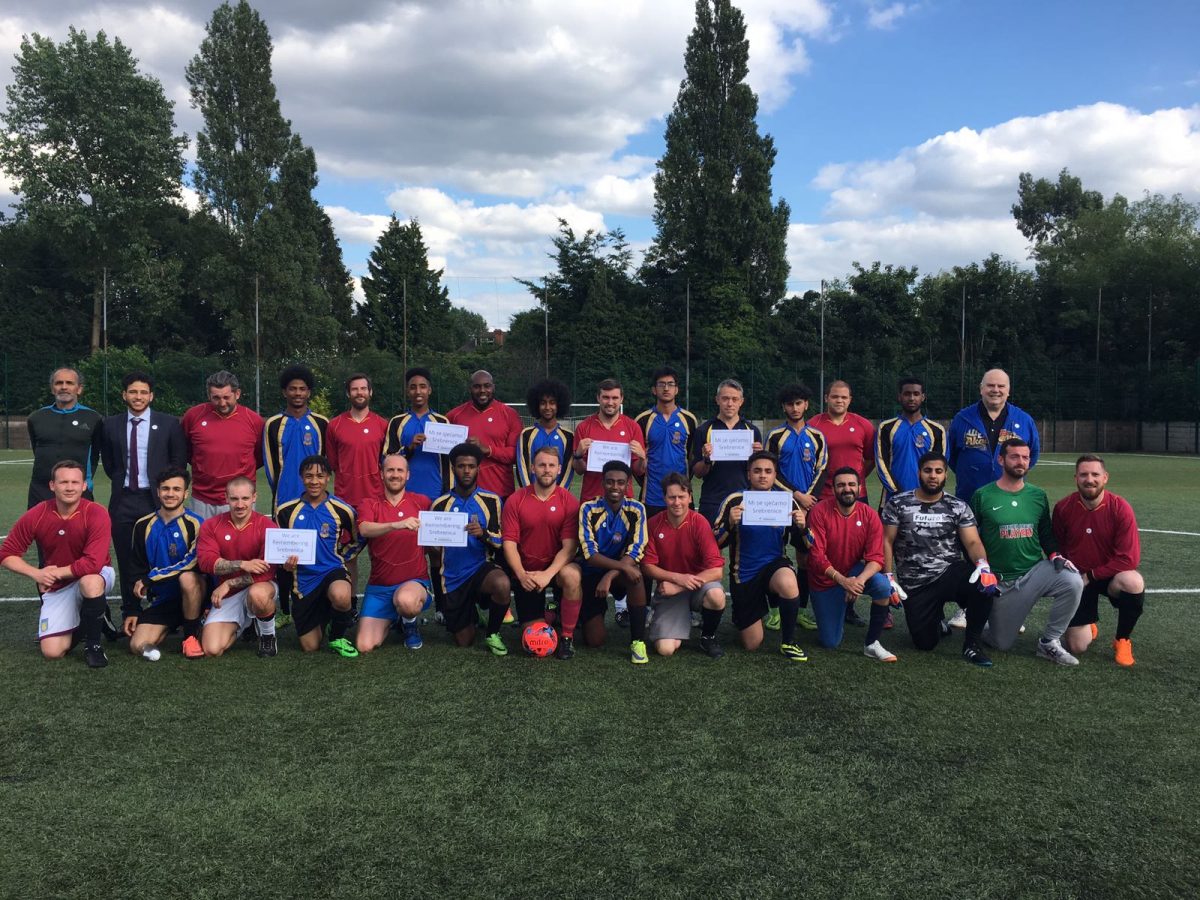 Engagement with local authorities has also increased hugely in 2017, with over double the number of council commemorations compared to 2016. These have included councils all over England, from the South Coast to Tyneside and Cumbria and from town councils, such as Bridport to the largest local authority in Europe – Birmingham City Council. 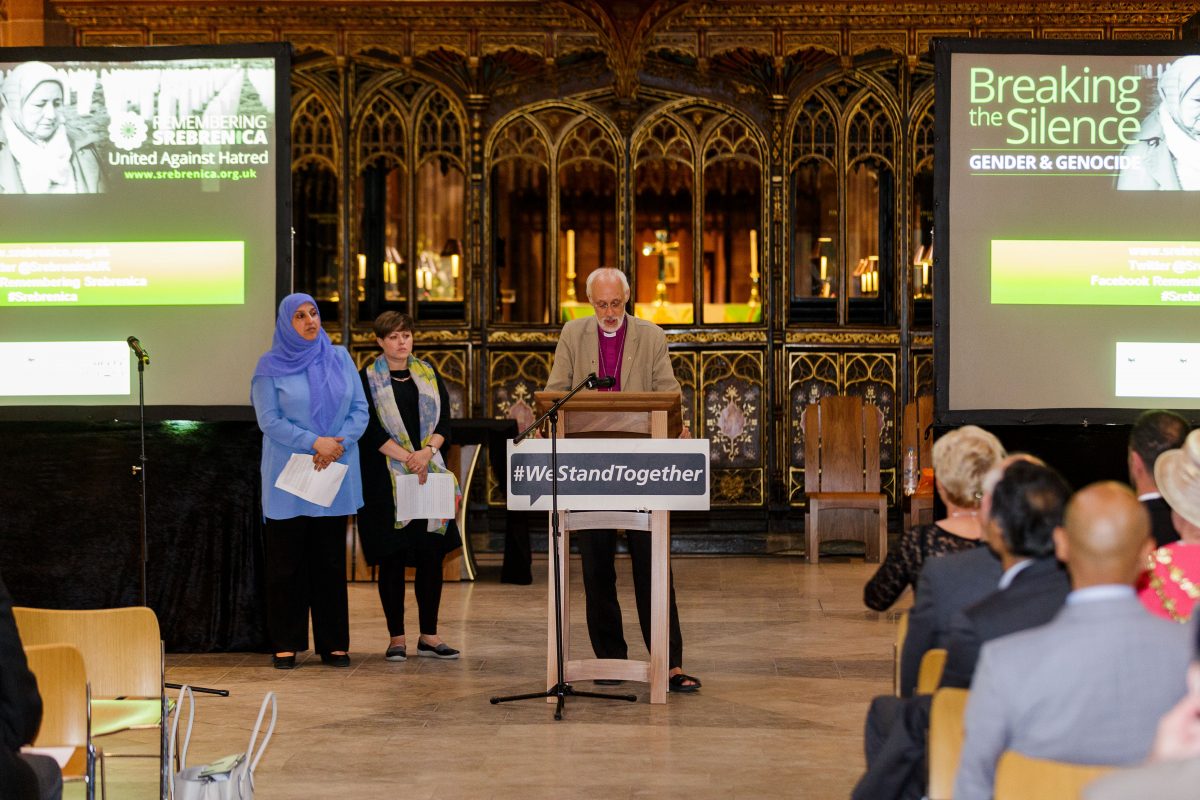 Our theme for commemorations this year also generated a huge amount of interest amongst women’s groups, with Rape Crisis centres all around England holding commemorations in solidarity with the women of Bosnia and some insightful panel events bringing together experts in the field of sexual violence to look at how misogyny and hatred threaten community cohesion. 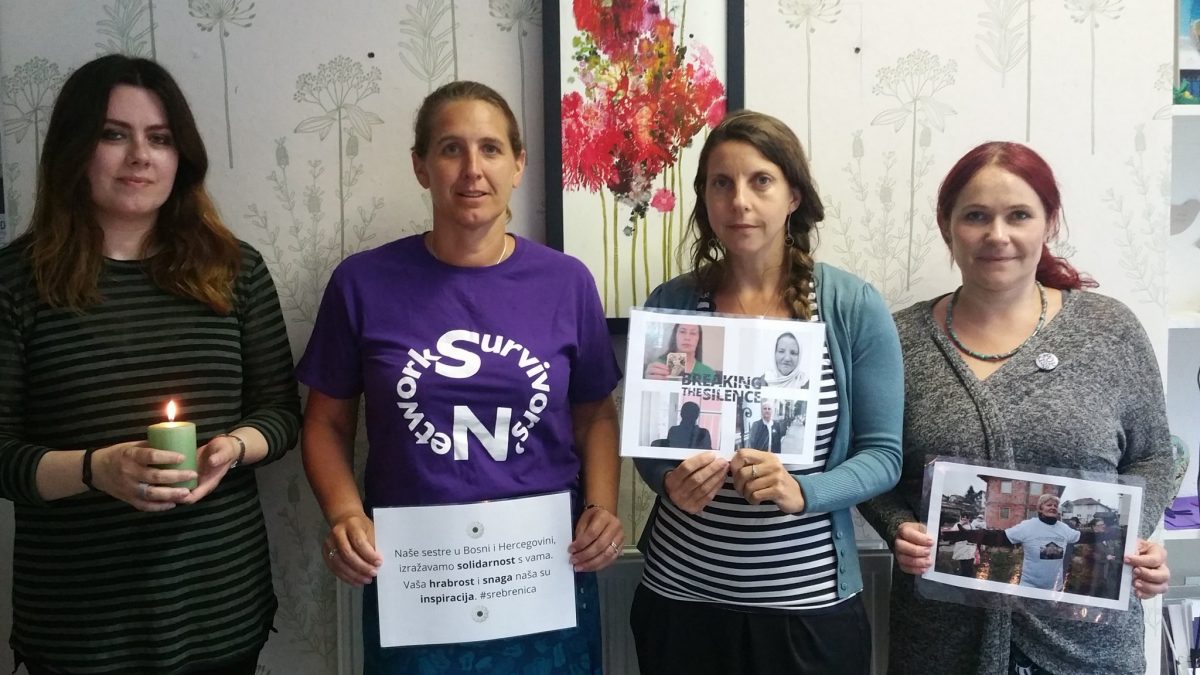 “The work that people across the UK have put into ensuring that the lessons from Srebrenica are learned is truly humbling.

“By breaking the silence on the gendered aspect of the genocide, our events have sent a loud and clear message that we need to tackle all forms of hatred robustly. The dehumanisation of others – dividing people into ‘us’ and ‘them’ – creates the conditions for hate crimes to occur because of sex, race, religion, sexuality or nationality, so we value every one of our Community Champions who continue raising their voices and speaking out to challenge misogyny, racism, and all forms of hatred in our communities.”

Jul 28, 2017Amil Khan
MAKE A DONATION
Remembering Srebrenica remains committed to honouring the victims and survivors of the genocide.

SIGN UP
July 28, 2017 News
Glasgow Commemoration Breaks the Silence on Sexual ViolenceMuslim and Jewish Faith Leaders to Learn the Lessons of Srebrenica Genocide Together