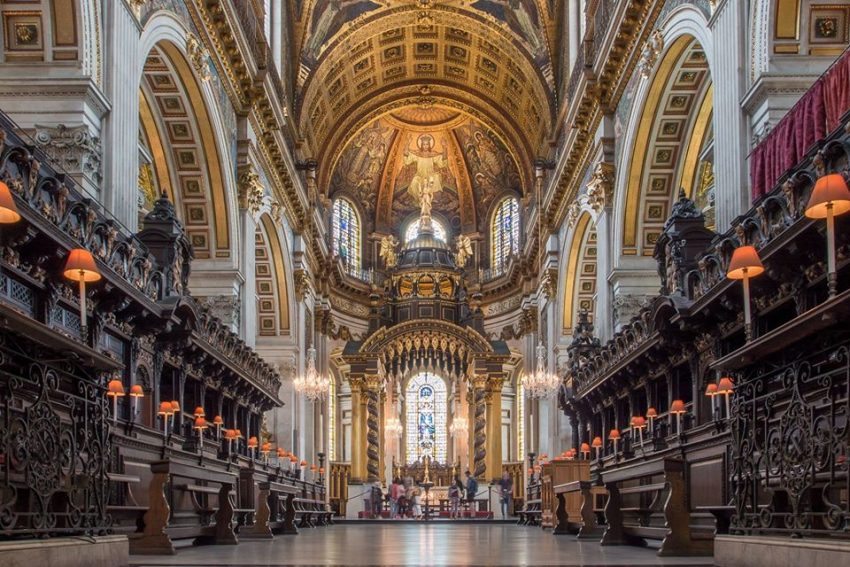 Remembering Srebrenica is saddened to confirm that the UK’s National Srebrenica Memorial Day service at St Paul’s Cathedral on July 6 has been postponed due to the Coronavirus pandemic. It will now take place next year instead.

This follows the postponement of HRH Prince Charles visit to Srebrenica to pay respect at the graves of the innocent people murdered simply because of their Muslim identity.

More than 2,000 guests were expected to attend the service along with a senior members of government, the Presidents of Bosnia and the Grand Mufti to mark the 25th anniversary of the genocide.

However, the event has had to be postponed due to the dangers of mass gatherings and the spread of Coronavirus which has killed more than 20,000 people in the UK alone.

Remembering Srebrenica has had to cancel more than 2,000 events and activities across the UK as the 25th anniversary of the genocide would have seen the largest set of commemorations ever organised to honour the victims of Srebrenica, the worst atrocity on European soil since the Second World War.

He said: “We are very disappointed that due to the Covid-19 pandemic, we are unable to host the Memorial Service to mark the 25th anniversary of the Srebrenica Genocide.

“We hope to gather in the Cathedral in the future to remember the victims of this terrible atrocity.”

Remembering Srebrenica President Lord Bourne of Aberystwyth said: “The St Paul’s Cathedral service would have been a moving, inspiring national event when the world’s attention would have been on 25th anniversary of the genocide.

“Coronavirus makes no exceptions for anniversaries or landmark commemorations so like so many other organisations across the UK our plans have been impacted by the pandemic.

“However, our first priority is the safety of attendees, genocide survivors, community champions and staff so postponing the service was the only course of action.

“We are privileged to have worked with St Paul’s Cathedral and are grateful to them for rescheduling this important memorial day service for July next year.”

Munira Subasic, President of the Mothers of Srebrenica, who lost her husband and her youngest son in the genocide in which at least 8,000 Muslims were killed by Bosnian Serb forces in 1995, was due to attend the St Paul’s Cathedral Service.

She said: “We are incredibly disappointed by the postponement of this year’s Srebrenica Memorial Service at St Paul’s Cathedral. It would have been a fitting commemoration in this 25th anniversary of the Srebrenica genocide.

“However we totally understand why this decision has been made, the safety of the 2,000 people who would have attended has to come first in light of the Coronavirus pandemic.”

Everyone connected with the charity has been working on innovative alternative commemorations to ensure Srebrenica Memorial Week (July 5 – July 12) is a fitting, but ultimately safe, 25th anniversary.

Remembering Srebrenica Chairman, Dr Waqar Azmi OBE said: “Whilst The UK’s National Srebrenica Memorial Day is not able to take place in St Paul’s Cathedral as planned, we shall be holding a national online event on Saturday 11 July.

“I can confirm local commemoration events will also be taking place, albeit in innovative ways online. These will be delivered by communities, schools, local authorities, police and faith based organisations across different cities and towns in the United Kingdom during Srebrenica Memorial Week.”

He added: “I am grateful for the inspirational ideas and support of our team, boards and community champions who have worked with such enthusiasm and innovation to ensure commemorations take place even during such challenging times.”

Apr 30, 2020Adam Smith
MAKE A DONATION
Remembering Srebrenica remains committed to honouring the victims and survivors of the genocide.