The tireless dedication of volunteers from across the North West will be recognised in Remembering Srebrenica's Cohesive Society Awards this evening. 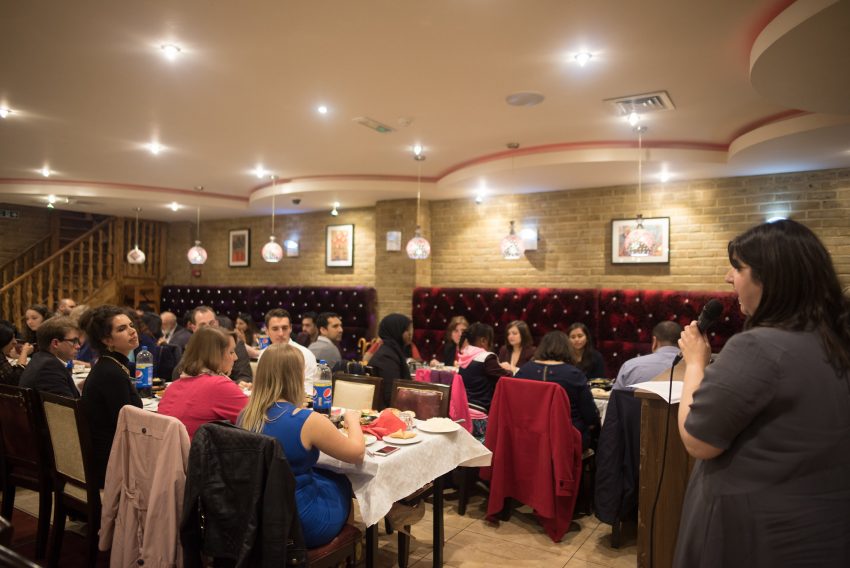 The dedication and creativity of individuals in the North West who work to build better communities will be recognised in the inaugural North West Cohesive Society Awards on Thursday.

From an Interfaith Civic Commemoration at Manchester Cathedral to a football tournament for inner city kids, Remembering Srebrenica’s volunteers in the North West put on 52 events attended by thousands of people to bring communities together and unite against hatred last July. The charity’s message in all these commemorations was to embrace difference while remembering the victims of the worst atrocity on European soil since World War Two.

Hundreds of votes have been cast online for nominees in six categories, including for Best Educational Event, Best Community-Focused Event and Srebrenica Community Champion 2016.

Volunteer event organiser, Katie Parker, who is nominated for Best Community Focused Event explained her motivation for getting involved: “In January 2016 we visited Bosnia and met the survivors who are still dealing with the traumas of genocide, as well as the mothers of Srebrenica, who are fighting for justice on an international level. We wanted to organise an event that would pay tribute to these women and would also engage a diverse audience with the complex issues of where hatred can lead; and particularly when this affects women.

“We really engaged with the Bosnian community in Manchester and got their involvement, too. One of the Bosnian women was in tears and told us that ‘no-one had ever done this for her community before’, this was the most successful part of the event for me, personally.”

“The time and effort that all of the nominees have put into commemorating Srebrenica is inspiring. This really shows that people in the North West want their communities to be stronger and safer by uniting against hatred and welcoming everyone regardless of their race, religion, sexuality or ability.”

“Never has it been more important for us to learn the lessons from Srebrenica, so it is vital that we have talented and driven individuals bringing people together. The dedication of our volunteers has meant that we put on nearly 400 events, attended by over 50,000 people across the UK last year. By working with schools, councils, faith organisations and other community groups we can challenge those who spread divisive messages in their efforts to breed hatred and intolerance.”

Event organisers focused on the lost generation in Bosnia who never had the opportunity to celebrate their coming of age. By helping communities to take action now, Remembering Srebrenica wants young people to join older people and help build a cohesive society for everyone.

Local councillors, educators, and Community Champions will come together at Sanam restaurant in Manchester on Thursday evening to celebrate their achievements in bringing communities together.

Feb 2, 2017Amil Khan
MAKE A DONATION
Remembering Srebrenica remains committed to honouring the victims and survivors of the genocide.