As a 14-year old girl, 'Fatima' was taken from her family and raped by soldiers. She also witnessed the worst horrors of 'ethnic cleansing' as she tried to reach safety. She bravely reveals her story to Remembering Srebrenica. 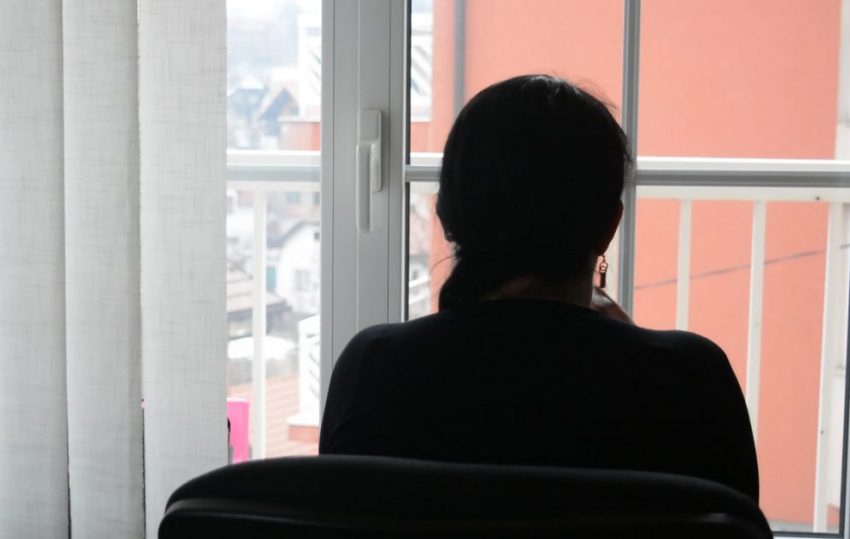 ‘Fatima’ was 14 years old when she was raped by a Serb soldier during the ‘ethnic cleansing’ of her village by Bosnian Serb forces. We interviewed Fatima in Tuzla, where she courageously shared her story with us.

Fatima is a softly spoken woman in her late thirties. We meet via a women’s NGO in Tuzla, where she and another survivor have agreed to give us a video interview. Understandably, Fatima doesn’t want her face on camera, or her real name to be used. We start by asking her what life was like in the former Yugoslavia, before the war.

“Before the war, we used to live together. We used to be neighbours, we drank coffee together, Muslims at Serbs’ places, Serbs at Muslims’ places, we lived in harmony. There were no quarrels, no barriers, no hate.”

That all changed when war broke out in 1992.

“I was 14.  One day they told us there would be no more school. We heard rumours about a war, but didn’t take it seriously. We even heard about a few attacks on villages, but these were far away. We did not think this would happen to us. Then they came to our village.

I don’t know how to describe that day, even though I remember it so clearly. They surprised us. It was early in the morning when Serb soldiers came to the village. They captured my father and brought him back to our house at gunpoint. They forced us outside, tied our hands, and set our home on fire. They separated the men and women and made us form a column.

I was the first in the line. A soldier came over and yelled at me – “You, come here!”  I didn’t even realise he was calling me. Then he made my father come and stand in front of me. It wasn’t until I saw the tears in my father’s eyes that I understood what was about to happen. They were going to take me away, and they wanted him to see. They marched me into the woods with my hands up. I saw a lot of Serbian soldiers who were wearing thick masks made of socks.  They did not want their faces to be seen.”

Fatima is unable to talk directly about the rape. She is calm, almost dispassionate, as she describes what happened after the soldiers had finished raping her.

“The Serb soldier wanted to kill me when he was finished. But another soldier stopped him. I couldn’t see his face – it was covered in a bloodstained shirt – I could only see only his eyes.

He said to the soldier who attacked me “What are you doing, don’t you have a sister of your own?” They fought for at least half an hour. I cannot describe what it was like to watch two men fight over whether they are going to kill you or not.

What saved me that first time was the radio. The other soldiers wanted to know where my attacker was. He forced me to get up. I don’t know how I did it, but I got up and I somehow settled my clothes. He forced me to walk in front with my hands up, prodding a gun in my back. He was cursing me and threatening to kill me.

As we came back to the road, all I could see was blood, blood everywhere. I don’t know why, but I kept thinking that it was the blood of my brother or my father. I couldn’t believe it when I saw that they were still alive. It was terrifying, knowing they could be killed at any second. Bullets were just missing them.  Then the soldiers started to beat my father. That was probably the hardest moment for me.”

Fatima’s voice breaks as she describes scenes of unimaginable horror – the reality of ‘ethnic cleansing’.

“The soldiers left me at the side of the road. They told me not to run, or they would find me and kill me. They started killing the men in front of the women and children. There was so much hate towards us Muslims. They were even killing children – looking for the youngest males to kill. Some of the soldiers were Serbian paramilitaries – Arkan and Seselj’s men. Others were our own Serb neighbours. Even women joined in on the killing. I saw two women kill a man in a wheelchair – they wanted to kill a baby too, just because he was crying.

Buses arrived to take the women and children away. I decided to try and escape on the second bus. I hid behind the seats to avoid being spotted by the Serb soldiers. It hurt so much to leave without knowing what had happened to my father, I couldn’t stop crying. With everything I had seen, I did not believe he could survive.

We thought we were being taken to safety.  Then the bus stopped in the Serb territory of Kravica – the soldier had orders to take us off the bus and kill us. But the Serb women of Kravica had other ideas. They broke in to the bus and yelled at the driver, “What are you doing? These women are innocent, take them to their own territory”. The driver was arguing, saying that he was under orders, and that the Serbs would kill his family if he disobeyed. But the women of Kravica stood firm and forced the driver take us to the free territory. We were Muslim, and they were Serb, but they saved our lives that day.”

Even when Fatima reached safety in the Bosnian Muslim controlled free territories, her ordeal was far from over.

“When we arrived, I was in a very bad way. I’ve had health problems and needed medical treatment ever since. The psychological problems are worse. I hardly sleep during the night. It comes back to me in dreams as if it is happening all over again. I will never recover, not for the rest of my life.”

Fatima tries to hide her suffering from her children, but recognises the importance of breaking the silence around what happened to her.

“It is important for me to talk about what happened. When I first arrived in the free territory after it happened, I contemplated suicide. I didn’t know this had happened to other women too. It has really helped me to talk with other women and hear their stories. Now I know I am not alone.

We also need for the perpetrators to be punished, so that they never do it again. I have given my statements to the Prosecutor’s office in Bosnia and to The Hague. But there has not been justice. War criminals, who killed so many, get such short sentences. They have not even arrested all the perpetrators. Years are passing by, and people are dying without justice.

On top of this, people deny the genocide. That is why I cannot go back to my village. They act like these atrocities never happened. Even though the whole world knew what was happening to us, they were silent. Now, the world is silent again in the face of this denial. That is why we must continue to speak out – for truth, for justice, and to stop this from ever happening again.”

Apr 25, 2017Amil Khan
MAKE A DONATION
Remembering Srebrenica remains committed to honouring the victims and survivors of the genocide.

11th July marked the 25th Anniversary of the #SrebrenicaGenocide where over 8000 Muslim men &boys were killed. Europe's worst genocide since the #Holocaust. Join us on Thursday 16 July for an online discussion w/Emma Bentaleb of @SrebrenicaUK & Survivor Safet Vukalić. #NeverAgain

I've signed the EDM to mark 25yrs since the genocide in Srebrenica where over 8000 Bosnian Muslim men & boys were murdered because of their identity. We remember innocent lives taken & join @SrebrenicaUK to commemorate these atrocities, pledging that never again means never again

On July 14, 1995, somewhere around midnight, it was my turn. Until then, I hoped that they would not kill us all. When they stripped me and tied me up, there was no more hope. #Srebrenica25