Kadefa shares her story of surviving the genocide with two young children while her husband and 20 close relatives were murdered. 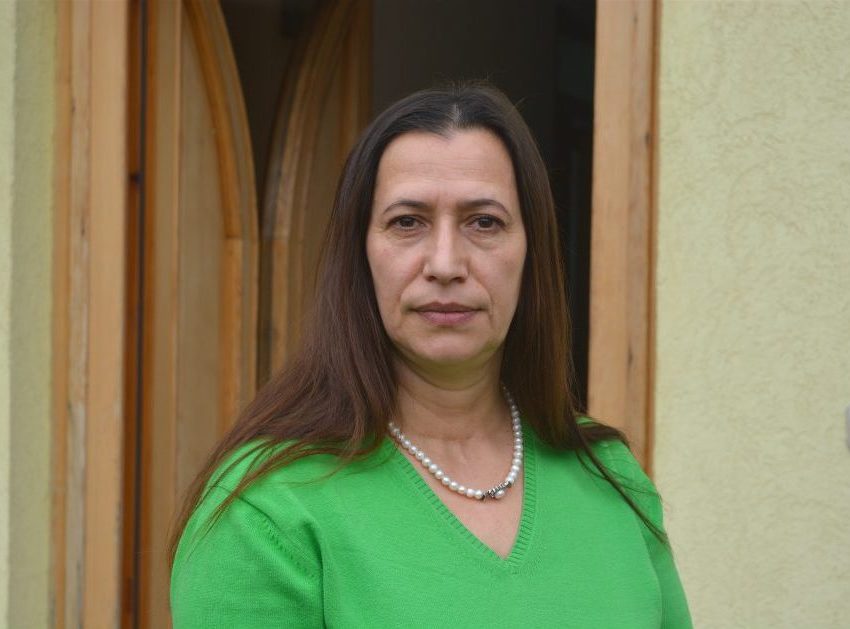 Kadefa Rizvanović fled to Srebrenica in 1992, two days after giving birth. Here, she speaks to us about the courage and strength that women needed to survive the long years under siege, and the terrible events of July 1995.

Before the war, I lived in Voljavica, in the municipality of Bratunac. My childhood was very happy. We didn’t differentiate when it came to nationality: who was a Serb, who was a Muslim and who was a Croat. We socialized together, I had friends – we visited them when they were celebrating “Slavas”, they came to our homes during  Bajram. I had a friend, Milada, a Serb, and I loved her like she was my sister. We were at school and spent our school days together. Later, we worked together at a sewing company, where we were just before the war.

On the 17th April 1992 in Srebrenica, when I was coming back from work, Bratunac was blockaded. I was nine months pregnant. The people in Bratunac were already armed, walking around with insignia and beards, the Yugoslavian army, different paramilitary units, the police. Milada and I decided to go through the forests towards my settlement. We managed to get through the forests, she had lunch at our home in Voljavica and went back to her own home. We helped each other escape that day, but we never saw each other again after that.

On the 7th of May I went into labour. Everything was blockaded. I couldn’t reach a hospital.  My mother-in-law and her mother-in-law delivered my baby at home. There were already patrols around, they had asked people to surrender their weapons if they had them. Villages around us were burning. We were afraid for our lives. Some people surrendered. On the 12th of May, we finally had to leave. We headed off through the forest – my late husband and his family, me and my two day old baby. As I had just given birth, I could hardly walk.

I begged them to leave me behind, so they did not risk their lives, to take my baby and leave me behind. My husband said: “I will carry you, but I won’t leave you”.

22 days later, through the tough and thorny paths of the forest, we reached Srebrenica.

When we arrived, we didn’t have anywhere to go. We found an empty Serbian house and I was allowed to stay there because of the baby. Seventeen of us stayed in that house. We stayed there in terrible suffering until 1995, hungry and thirsty, exhausted, without clothes, electricity, or water.

As women, we had to fight like lions in order for our children to survive.

There was a huge food crisis. In such situations you are just struggling to feed your children, you’re not important. Most of the women went through the territories under Serb control to find food, to bring it back in order to survive.  There were women who were going and digging so they could feed their children. I was trying to plant something: carrots, or something to give to my child. It was a huge struggle to survive. It was hard, but we had to be strong.

In 1993, when the UN declared Srebrenica a safe zone, we felt some relief. The UN would protect us, at least some of our suffering would end, we wouldn’t be hungry, we wouldn’t be fired upon. We trusted in the UN forces. But they betrayed us.

In July 1995, Serbs started firing their weapons on the town. It was unbearable – we knew that they would break through the lines and enter the town. Masses of people from Srebrenica started moving towards Potočari. Nobody knew what was going on. The most difficult part for me was when we left the house, and arrived at my brother’s place near the gas station. There were so many people there that we couldn’t breathe.

My husband gave me a hug and told me: “Look after the children, I must go”. I never saw him again.

I can never forget that scene, at the gas station in Srebrenica. Then the men started heading in a column, through the woods, under heavy fire. My daughter was three years old, and she walked all the way to Potočari with me. Her shoes were filled with blood from blisters, but she didn’t cry, she didn’t say a word. I was carrying my 14 month old son but I slipped and dropped him on the asphalt. He wasn’t giving any signs of life, until my mother took a bottle of water and sprayed him.

When we arrived at Potočari, we could hear screaming in the distance. Then they started separating us. A Serbian soldier ,unknown to me, came and tried to take a boy away. My mother said: “He’s only a child; he’s not even 10 years old”. He kicked him with his foot and said: “No one’s asking questions here”. They never brought him back. Many men were taken like that. At that point I was really aware that things were not going to end in a good way. Then the trucks to transport us to the free territory of Kladanj arrived.

When we got to the trucks, they started separating men from women. We started moving towards Kladanj; we stopped every now and then: slowdowns, checkpoints, mistreatments, swearing, “They betrayed you”, “nobody wants you”, spitting, pouring water on us. We had to bear all of it.

When we finally got to Tuzla, I went to stay with my brother. Eleven of us stayed in his apartment. Then, we started to hear different information. Some were alive, some weren’t. Or that all had been killed. Then some groups of people started arriving. I was begging my brother to go and seek information about my husband: did anybody see him, what happened? But no one knew anything. In 2003 they told me that they had found my husband. He was found in Pilica, Zvornik. What monsters are they? To drive him so many kilometers away, maltreat and hide him there. I simply cannot understand that another human could do something like that.

The war affected me a lot. They killed most of my family, over 20 close relatives of mine. They destroyed entire generations. I felt the effect on my health. After the fall of Srebrenica, I got an ulcer. I had surgery on my thyroid glands. Of course it affected my children, too. Not only my children, but most of the children. What were we doing, but sitting, crying, and talking about the subject? Of course it’s going to affect our children. The war destroyed my soul, my heart; it took the joy from me. It took everything nice from me. They took it from me: the Serbs. They were all poisoned. Not all of them, but most of them were.

They took my youth, my joy, my home, my job. They took everything they could. They took all of my human rights.

It is important to talk, to write, to record, for the sake of history. Our children and youth, will learn the lessons from this war, from our stories. It’s simple, ordinary people get hurt and lose everything. I appeal to the young people, to socialize together, to talk, and to build their futures and this country, in order for Bosnia to become the best country in the world. Actually, it is the best country in the world – it only needs more harmony and love.