The Courage to Break the Silence: Lejla Damon 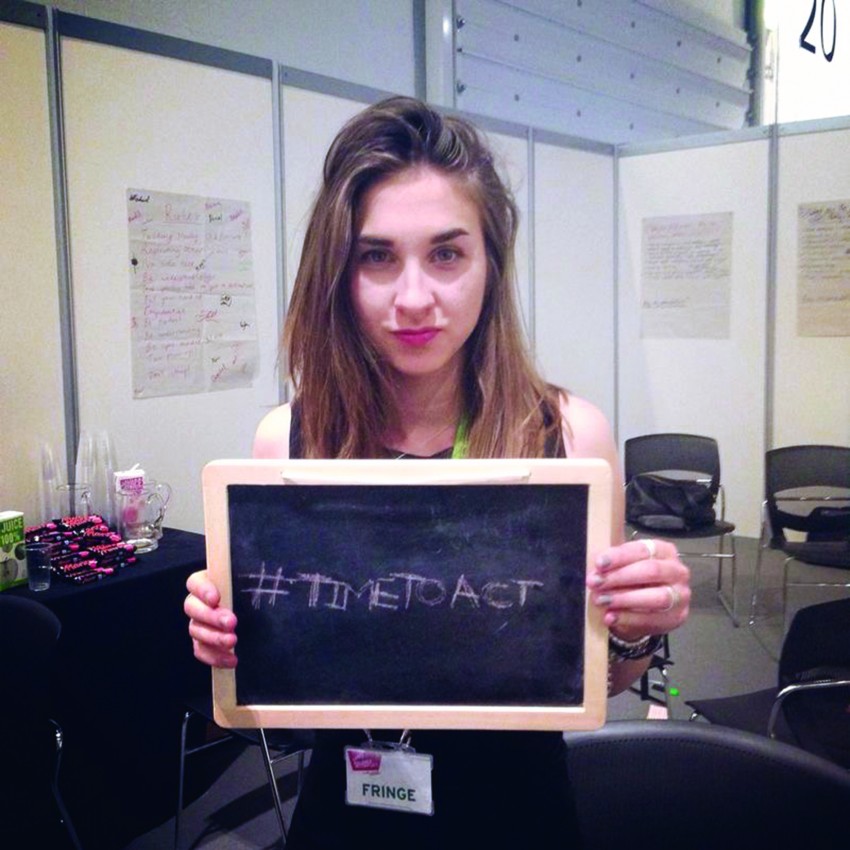 Lejla Damon was born on Christmas day in war-torn Bosnia in 1992. Like thousands of other women, Lejla’s birth mother had been repeatedly raped as part of an ethnic cleansing regime orchestrated by the Bosnian Serb army.

Many children born of rape during the Balkan conflict have grown up isolated and rejected from society. But Lejla, whose parents smuggled her out of Sarajevo and brought her to London, has overcome the stigma many could not shake. Lejla, now a poised, articulate and incredibly determined young woman, shares her story.

I was born in Sarajevo on Christmas day in 1992. My birth mother was a Bosnian Muslim, who had been held at a concentration camp and raped. My parents were in Bosnia reporting on the war when they came across my story. They arrived at the hospital to interview my birth mother.

She told them that she didn’t want to hold me because if she did, she might strangle me. Like many other children born of rape, I would have ended up at an orphanage had my parents not decided to adopt me. So I became one of two children smuggled out of Bosnia during the war. We lived in Hungary for three years and then I came to the UK, which is where I have lived ever since.

In school, I was the only adopted child in my small class and not many of my peers knew where Bosnia was. Trying to explain to them that the country had been ravaged by war was difficult, particularly as I was too young myself to understand what was happening there. But I always knew I was different.

I was told at seven years old that I was adopted. I had started asking questions about when and where I was born. I didn’t learn the horrific circumstances surrounding my birth until I was 18. As if by some stroke of fate, I had asked for tickets to Bosnia for a holiday with my friend. That’s when my parents decided to sit me down and explain exactly what had happened. They told me that my birth mother had been imprisoned and sexually assaulted, and they explained the consequent trauma she had suffered from, which made her incapable of looking after me. Of course it was difficult to listen to because I felt so very detached from the situation. I hadn’t experienced any kind of conflict first hand, so it was a struggle to understand the extent of abuse she and so many others had suffered, and why she didn’t want to keep me. But as I got older and began to research the scale of atrocities that occurred during the war, it became easier to comprehend the injustice she had suffered.

I have loved growing up in London; it is my home. I think it’s the best place to be to learn about different people and their cultures. I still feel a connection to Bosnia and we have family friends there who I have visited several times. They all have their own stories of the war and their opinions differ, which provides me with a well-rounded view of what happened. I value this a lot, as I am still learning new things about the Balkan conflict. So it’s important that I can interact with people who can offer varying perspectives and experiences.

One thing I feel strongly about is the lack of discussion concerning the use of sexual violence as a weapon of war. It is estimated that between 20-50,000 women suffered sexual violence during the conflict. Sexual abuse was used to destroy communities, which is effectively another form of genocide. The world is only just beginning to open up about this reality and many of the perpetrators are still walking free.

I have never met my birth mother, though it is something I would consider when the time is right. When I was a lot younger, I never really thought about her much. My parents had raised me and that was all I knew. Going through my teenage years was a struggle, however. I suppose it’s that crucial time when you’re creating an identity for yourself and your background generally plays a great part in that. Of course I didn’t know about the circumstances surrounding my adoption either, so it was hard. But by the time I went to university, I was better informed about my background and I made very close friends, so things got a lot easier. I think my history has affected my decisions and my outlook on life to some extent. I am extremely determined, which I think comes from my early start in life. I know instinctively that my survival was not guaranteed; born in a hospital under siege is not a particularly secure start to life. So I remain driven to make the most out of everything. I went to teach in Ghana for three months last year, which was a wonderful experience. In my second year of university, I applied to be part of the Youth Engagement Panel for War Child. The panel is made up of people born in conflict-related situations.

We come together once a month to discuss issues that are going on around the world and learn about the work War Child is doing on the ground. This experience has been incredibly rewarding and equally helpful as I now know there are many people who have a similar story to mine, but a far less positive outcome. I have also been fortunate enough to receive a great education, and wonderful parents who have equipped me with the tools I need to be strong. My dad is a journalist and a very good one at that. I have always been interested in current a¬ffairs, but I’m not sure I’ll go down the same route. I’m a great supporter of NGOs and charities that work hard to better peoples’ circumstances, so perhaps I might look into developing a career there. For now, I intend to carry on working with War Child, educating and being educated. I strongly believe education is the most important thing you can be given in life.