It is estimated that somewhere between 20-50,000 women were raped during the war in Bosnia. Women were imprisoned in gyms, hotels, abandoned houses, and concentration camps. 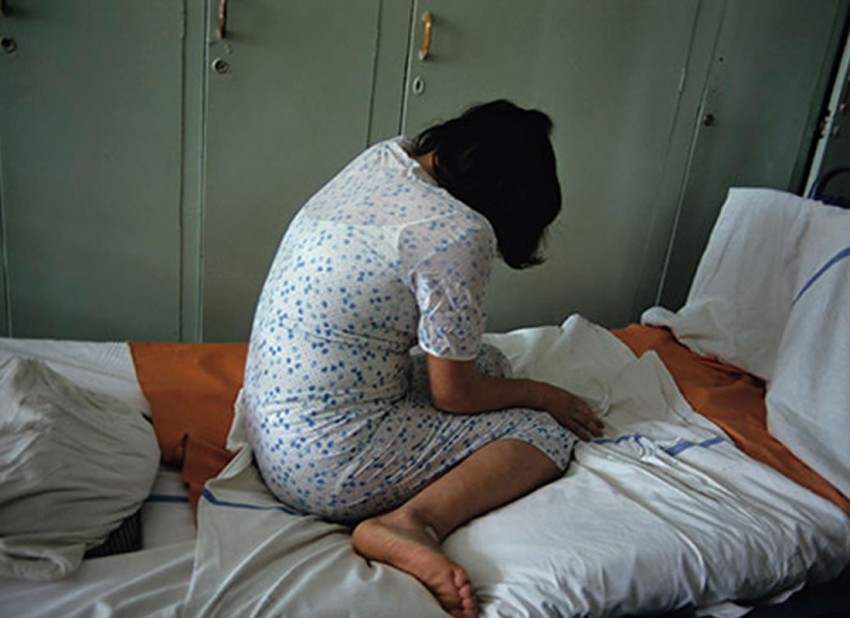 An 18-year-old Bosniak girl recovers at Tuzla Hospital after having an abortion the night before. She was impregnated as a result of multiple rapes by Serb soldiers at a rape camp in Pale, the Serb stronghold outside of Sarajevo.

During her 10 weeks in captivity, she was burned with cigarette butts, cut with a razor, and constantly humiliated for being Muslim. She was raped 16 times, often at knife and gunpoint. She says they told her that, “there were too many Muslim people and a lot of Muslims were going to give birth to Serbian children”.

The girl had been kidnapped from a bus station in Belgrade on 30th June 1992. She eventually outlived her use, and was placed in a truck with 30 to 40 men, to Visoko where they were exchanged for flour. In Visoko, she met other girls who said they had been raped at another location, and they were burned with hot metal bars.

About her abortion she says, “If I would not have been able to get an abortion, I would have killed myself. I told this to my doctor. I wasn’t going to give birth to this baby.”

This is just one of several testimonies gathered by documentary photographer, Nina Berman, who travelled through Bosnia in December 1992 to document how rape was being used as a tool for ethnic cleansing.

It is estimated that somewhere between 20-50,000 women were raped during the war in Bosnia. Women were imprisoned in gyms, hotels, abandoned houses, and concentration camps. They were raped with objects, such as guns and truncheons, but also with broken glass bottles to maximise physical damage.

The rapes were carried out in fulfilment of official orders as part of the Bosnian Serb strategy of ethnic cleansing of the region. Several victims recalled how Serb soldiers remarked that, “It is better to give birth to Chetniks than to Muslim filth”.

So far, a mere seven soldiers have faced trial over rape charges. Only one plead guilty.

Nina Berman is a documentary photographer, writer, educator, and author. Nina spent her first decade in photography covering stories about women in crisis for Time and Newsweek in Bosnia, Afghanistan, India and Mexico. The full series of her photographs documenting rape victims during the Bosnia war can be seen at www.noorimages.com

SIGN UP
December 7, 2014 What Happened
What is Memorial Day?Our Visits Programme

On today’s date in 1995, Serb forces launched an artillery attack on the town of Tuzla during which 71 civilians, mostly young people and children, were killed and 240 were injured.

Eid is a blessing that brings us light and love even in the midst of this lockdown. Wishing peace, love and good will to all. #EidMubarak

Eid, amongst celebrations and togetherness, is also a time of reflection and remembrance. This Eid, we hope you’ll remember those whose holy days can be a difficult time as they are forced to celebrate without all of their loved ones due to the Bosnian genocide.

To our Muslim community members, supporters, and followers; Remembering Srebrenica wishes you all a joyous and blessed upcoming Eid.

Despite the fact, this year’s Eid will look different than in the past, we hope everyone is able to celebrate Eid in peace and love. #EidMubarak