In July 1991, award-winning photographer Tom Stoddart travelled to Sarajevo to document the civil war that was engulfing Yugoslavia. The photographs he captured there were published across the world. 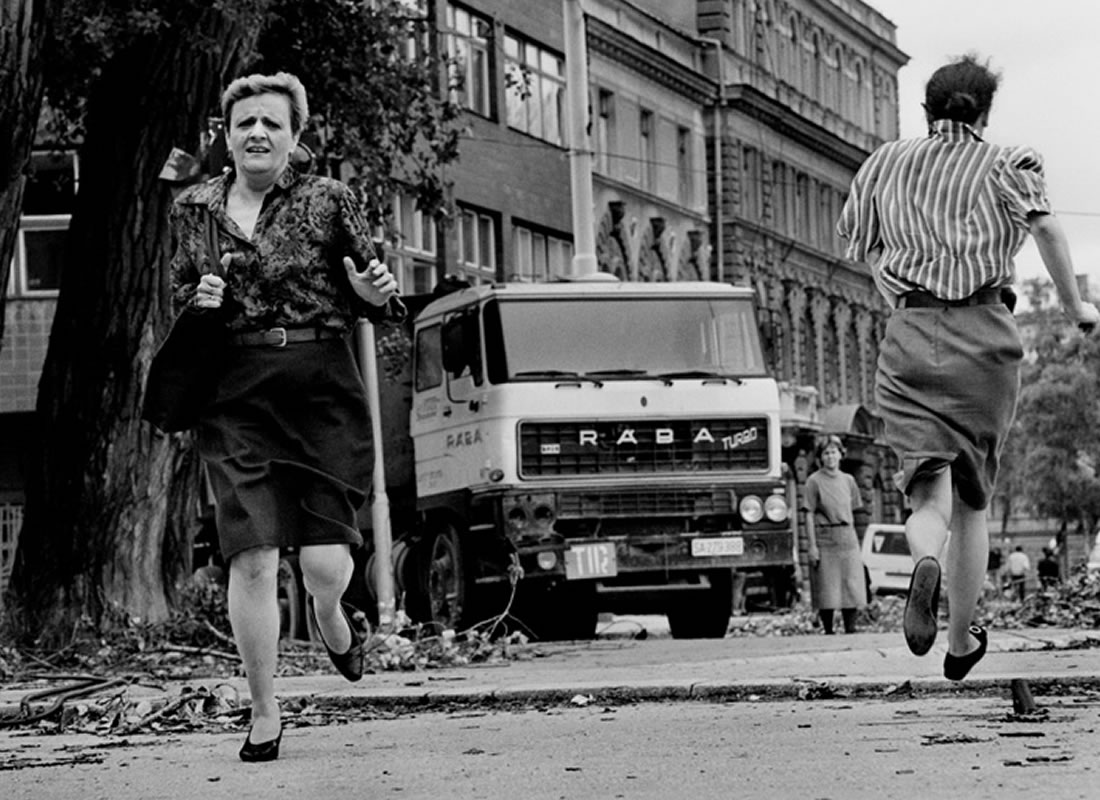 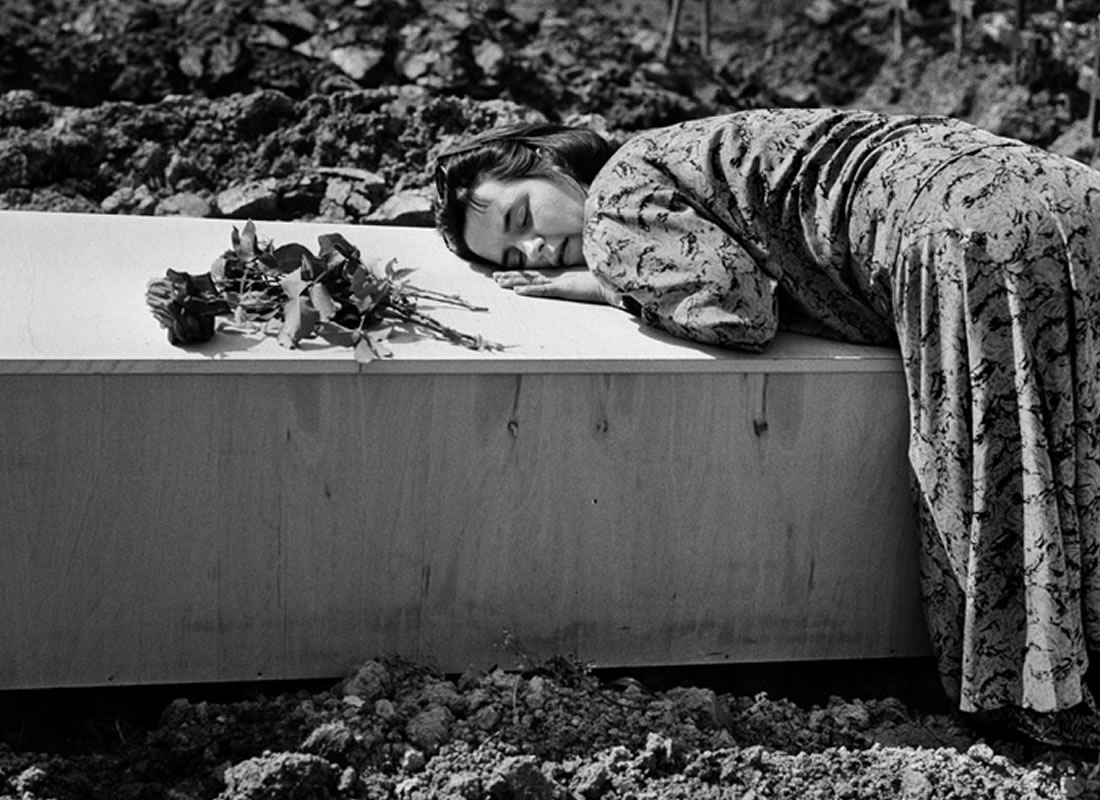 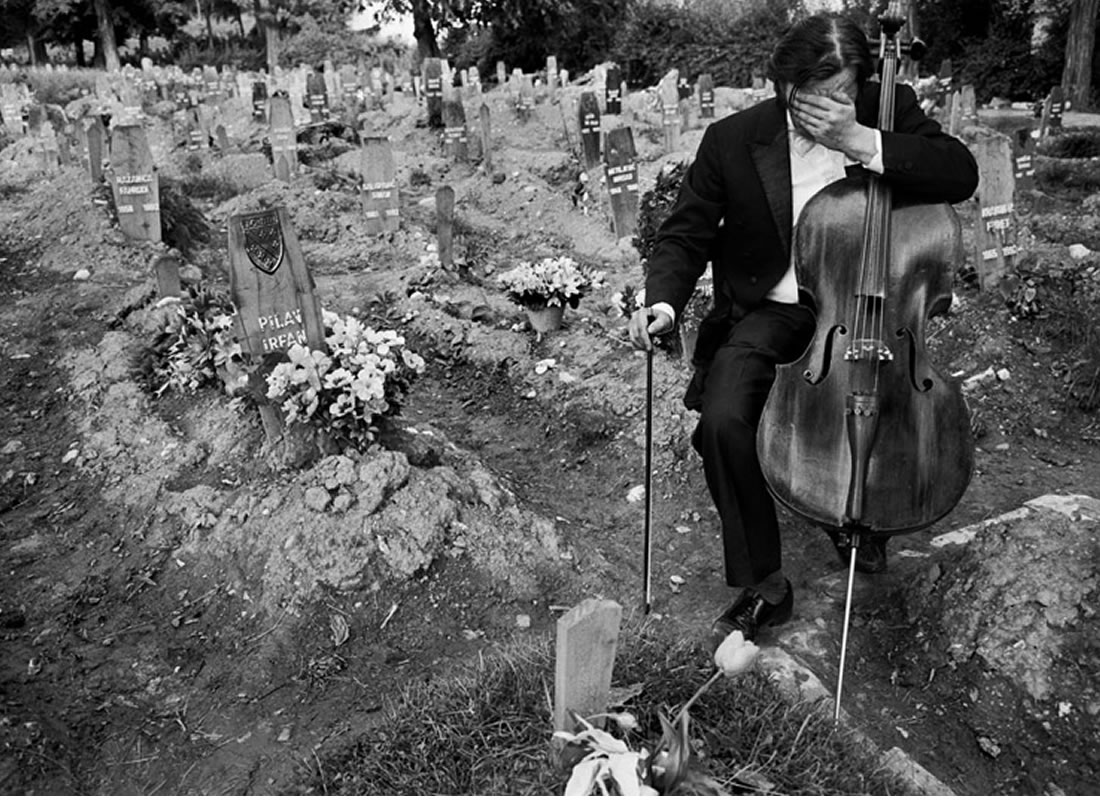 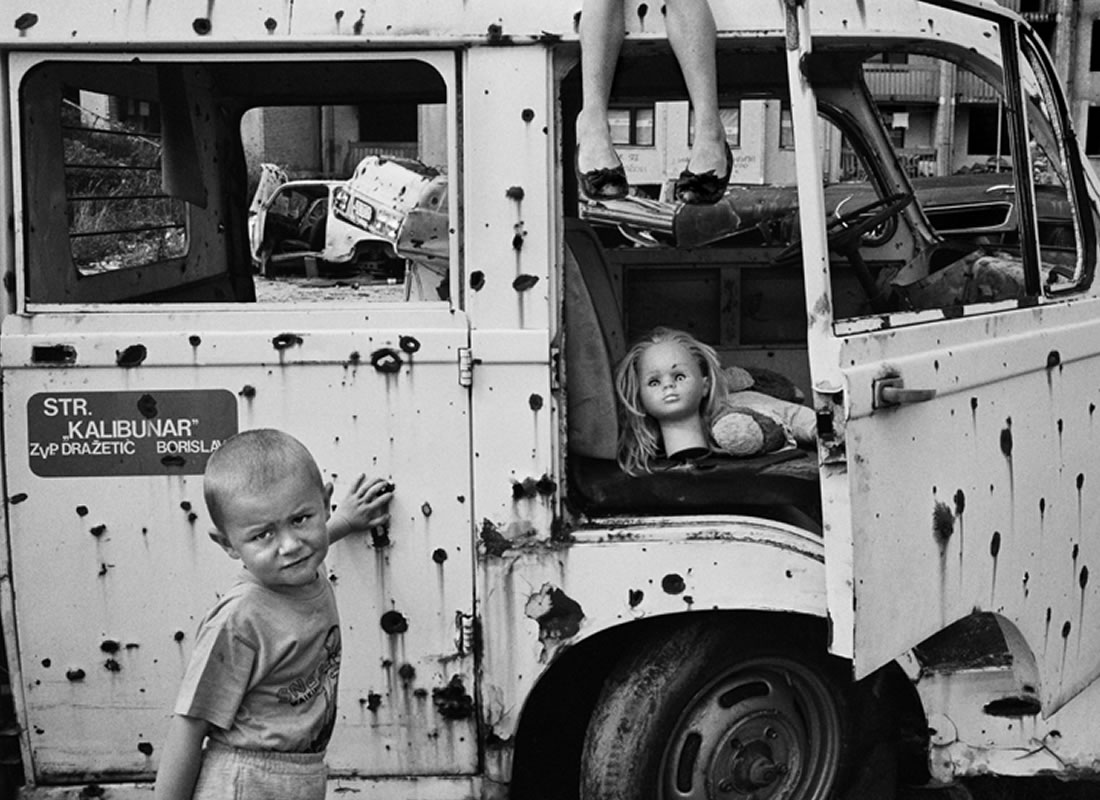 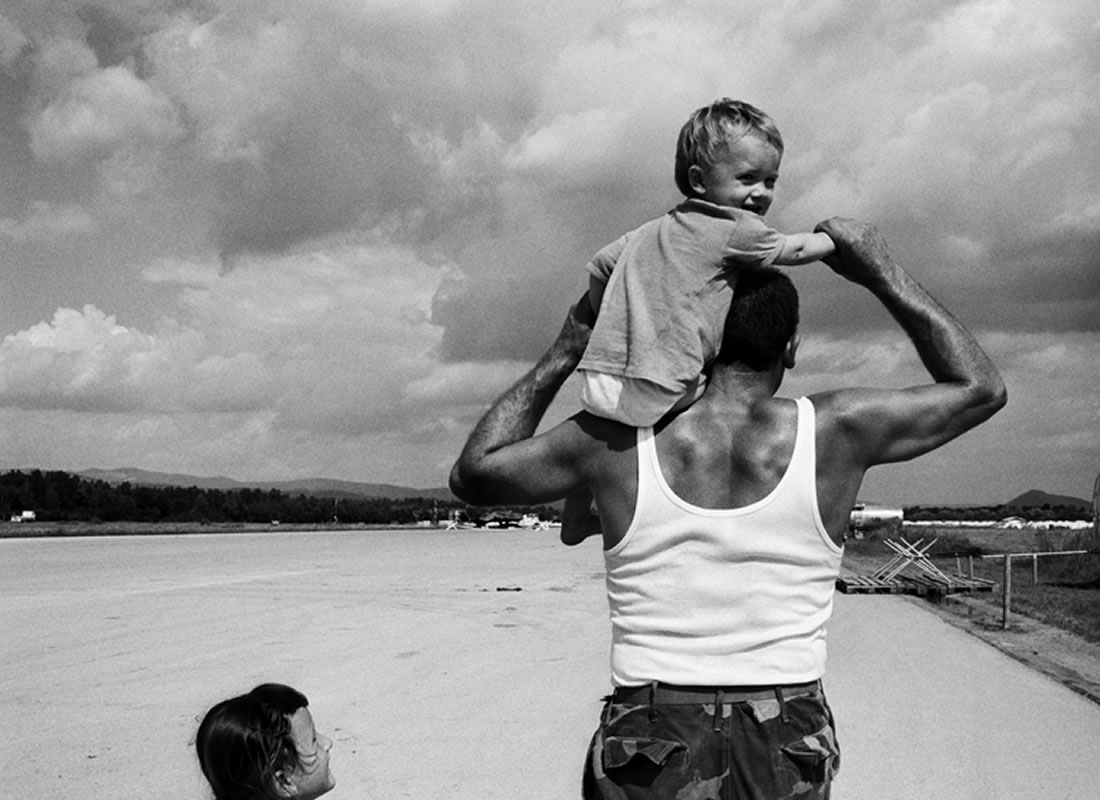 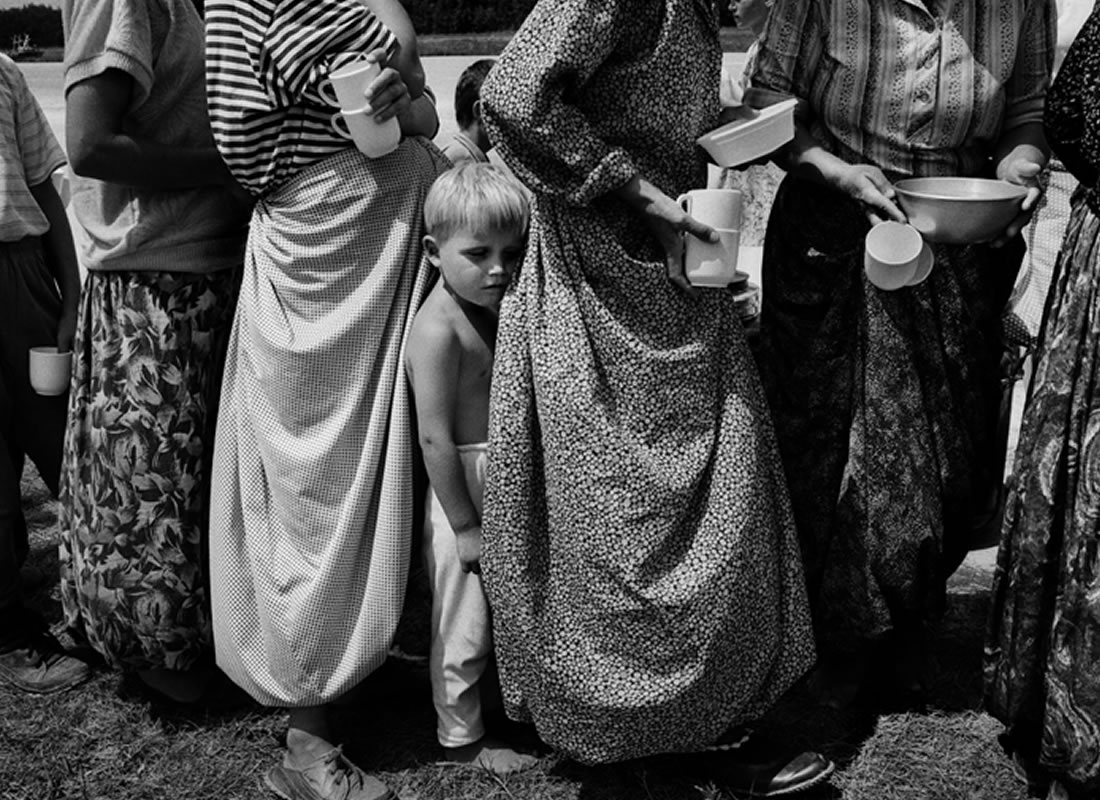 “As a photojournalist, I tend to gravitate towards interesting world events. After watching the TV pictures early on in the siege, I decided I had to go to Sarajevo to document what was happening. I arrived in the city in July 1991 and was immediately struck by how close it was to London, and other capitals in Europe.

I remember the first couple of days – I was working in the market place. I saw these very well dressed women with perms, and pearls around their necks, arguing and negotiating to buy dock leaves. And that’s when the seriousness of the situation struck me. It could have been a scene from Kent. People were still laughing even though the situation was serious. They would ask us journalists, ‘How long will this go on for?’ And we would tell them not to worry. We reassured them that the European and international leaders would not let this continue. But 47 months later, people were still being held hostage in their own country without food, medicine, electricity, or running water.

“I could not help but be affected by the dignified and resolute way that these people conducted themselves.”

As the siege progressed, peoples attitudes hardened and changed. They listened to news reports of politicians in America saying that they would no longer be the world’s peacemakers, and that it was now down to the European leaders. I stayed in Sarajevo pretty much throughout the siege. I would go in, work for six or seven weeks at a time, and then come back home to process the film and submit my work.

The main reason why I kept going back was that I could not help but be affected by the dignified and resolute way that these people conducted themselves. I knew that they would survive as long as they did. I photographed women for quite some time. Like in all conflicts, the women suffer the most. On average, the women of Sarajevo lost 20kilos. They were running around everywhere, trying to find sustenance for their children, husbands, and parents – putting the needs of loved ones before their own. They congregated at water pumps, and in groups to look for food. It was astounding to watch.

Their bravery was unprecedented. Later, I was injured near the parliament building during heavy fighting. The area was being shelled consistently. All of a sudden, I was being taken to the trauma unit with many others. I spent three days lying on a stretcher in the hospital corridor with others who were injured waiting for electricity so that we could be x-rayed and scanned. When the electricity came back on, the other wounded people insisted I go to the front of the queue to be x-rayed first.

That to me summarises what these people are like. It is one of the things about conflict; alongside the horror, chaos, and needless killing, you are privileged to see amazing acts of humanity, love, and respect.”

On the 20th anniversary of the Siege of Sarajevo, Tom returned to the city with freelance journalist Glyn Strong to find the women he had photographed during the siege. To read the full feature, entitled ‘Women of Sarajevo Revisited’, visit: www.reportagebygettyimages.com