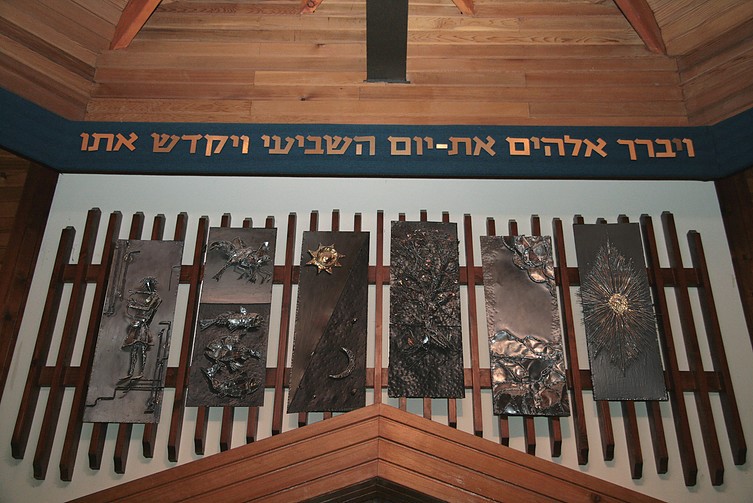 Kaddish prayers, survivor testimony reading, and poetry on Srebrenica were incorporated into the normal Shabbat morning service at Newcastle Reform Synagogue this July. I gave a historical introduction at the beginning. We always incorporate a study passage, an occasion for reflection, early on in our service and this was a suitable place to read the poem. The testimony was read after the readings from the Torah and the prophets, and the prayer added to the usual prayers which we read for the community. I invited members of the congregation to read the testimony and poem.

The experiences of my mother’s family during the holocaust have made me particularly sensitive to other, more recent, manifestations of genocide, wherever they take in the world. It saddens me, as I know it does my mother, to see that people appear to have learned nothing from the experiences of Jews under the Nazis. I am particularly saddened by the fact that that particular genocide took place in Europe, in a country which I visited many years ago when it was still part of Yugoslavia, when it was peaceful and relatively prosperous.

The parallels with Nazi Germany are horribly obvious. In January 2015, I spoke at the Newcastle Holocaust Memorial event, detailing the experiences of my mother and her family. There were two other speakers: one a woman who had lost all her family in the Rwanda genocide, the other a man who survived Srebrenica. although he knew many who did not. This gave an added incentive to participating in this commemoration. However, I am sure that I would still have done so, even if I had not met those two genocide survivors.

As attendance at services can be quite small, especially when lead by a lay leader such as myself rather than a rabbi, I circulated members of our synagogue in advance to invite them to attend this special service and I am pleased to say that many did make the effort to come. I used the Remembering Srebrenica resources and attendees found the event moving.

Most members of the congregation are old enough to have been aware of the Bosnian war while it was taking place, but they may not have been aware, or might have forgotten, the details. This was an important reminder and gave a human face to its many victims.

With so many terrible things happening in the world, it is easy to forget about the war in Bosnia now that the subject has slipped out of the news.

I have been horrified by the recent attacks, both verbal and physical, on British residents who were not born in this country. It shows how xenophobia lurks below the surface and can emerge in adverse social conditions. We can never be complacent.

I wish I could look forward to a day when there is no longer a need to hold events like this, when everyone on Earth recognises our common humanity and lives at peace with his neighbour; but until then, and it looks further away than ever, it is important to remind people of the horrors which occur when those who are in some way different are no longer thought of as human beings.

Sep 28, 2016Amil Khan
MAKE A DONATION
Remembering Srebrenica remains committed to honouring the victims and survivors of the genocide.