Together Remember We Are One – Birmingham Unity Rally

Birmingham's biggest ever unity rally took place at the end of Srebrenica Memorial Week in 2016. With speakers from different faiths, of all ages and prominent local politicians all taking part, this sent a powerful message that Birmingham will not stand by and let hatred and division take hold. 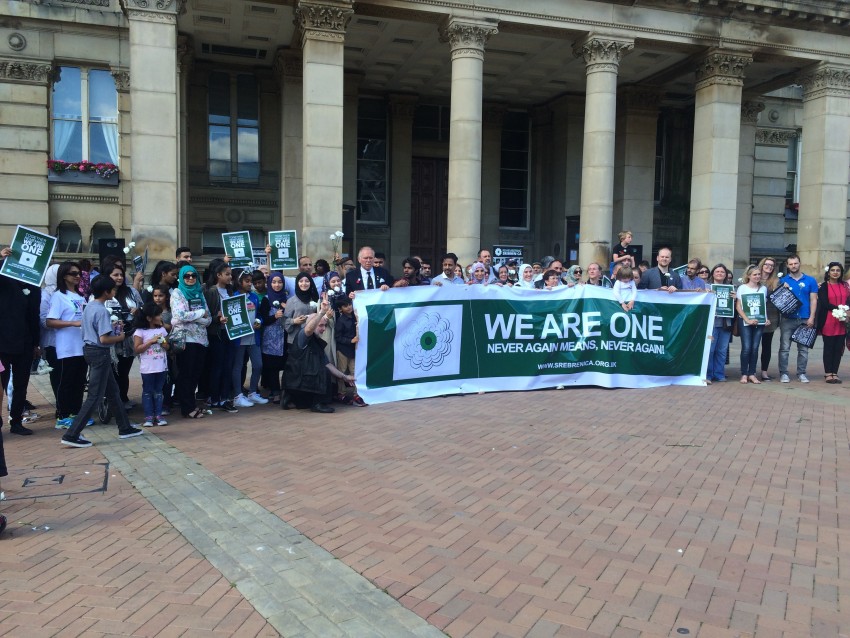 Srebrenica Memorial Week 2016 was brought to a fitting close in the Midlands with an open air rally in Victoria Square, Birmingham. The rally, titled ‘Together Remember We Are One’, saw hundreds of people unite in a gesture of unity, respect and peace on Sunday 17th July. By commemorating the victims of Srebrenica, the rally sent a defiant message that hatred and prejudice will not take root in Birmingham. 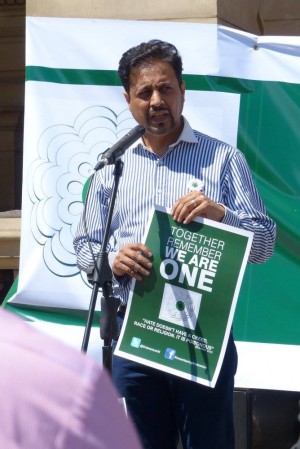 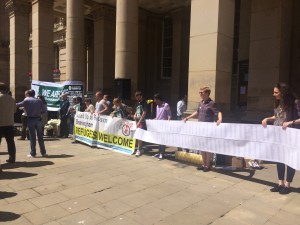 The sun was shining on a diverse collection of speakers and attendees who truly represented the rich diversity of Birmingham. Dr Waqar Azmi opened proceedings with an inspiring speech that celebrated unity and cohesion against those who seek to divide us. He was followed by Richard Burden MP, local historian Professor Carl Chinn, Councillors Waseem Zaffar and Peter Douglas Osbourne, Rabbi Margaret Jacobi, Bosnian imam Mersad Crnjic, campaigners Salma Yaqoob and Desmond Jadoo, amongst others, who each spoke about the importance of social cohesion and the corrosive effects of hatred. 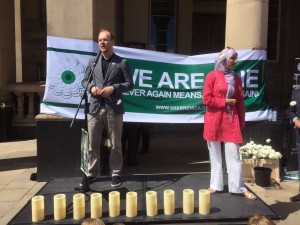 The rally included music and performances by the city’s young people, fitting for a celebration of unity in a city with the youngest population in the UK. Many members of Birmingham’s Bosnian community were also in attendance. Birmingham has one of largest Bosnian communities in the UK therefore it was vital that their voices were heard during this day of peace and commemoration of Srebrenica. 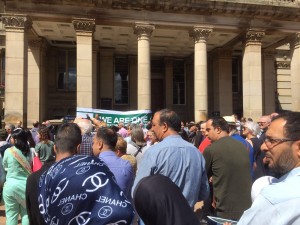 Although the rally was an optimistic note to mark the final day of Srebrenica Memorial Week, the cause at its heart was not allowed to be forgotten. Held aloft by a diverse range of volunteers in front of the Council House was a banner listing the names of the 8, 372 men and boys who were murdered in July 1995. Impossible to ignore and drawing the attention of curious passers-by, the banner proved a stark reminder of where unchecked hatred and prejudice can lead.

Sep 20, 2016Amil Khan
MAKE A DONATION
Remembering Srebrenica remains committed to honouring the victims and survivors of the genocide.