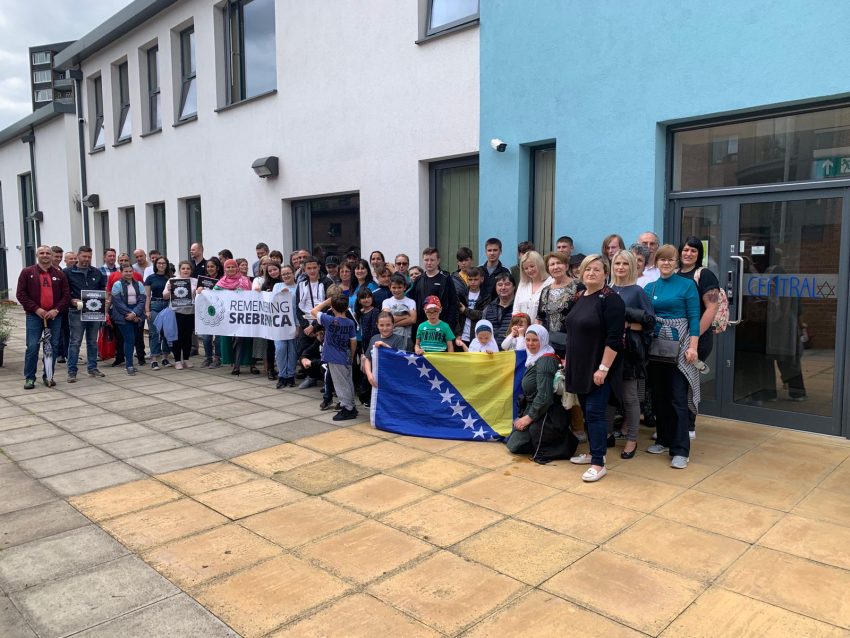 Every year, Remembering Srebrenica UK selects a theme that reflects an aspect of the genocide that must be commemorated, but also speaks to communities here across the country. The UK’s Srebrenica Memorial Week for 2020 will be taking place from 5th to 12th July.

The theme for 2020 is ‘Every Action Matters’. This theme was launched by the Secretary of State for Housing, Communities and Local Government, The Rt Hon. Robert Jenrick MP at the House of Commons on 11th February 2020.

Srebrenica has become a world symbol of the horrific consequences that can result from inaction. The collective failure of the international community to intervene and prevent the genocide has been acknowledged by the late Kofi Annan, the former Secretary-General of the United Nations who later acknowledged this fact and said that: “the cardinal lesson of Srebrenica is that a deliberate and systematic attempt to terrorise, expel or murder an entire people must be met decisively with all necessary means”.

This is echoed by the late Elie Wiesel, a survivor of the Holocaust who said: “We must always take sides. Neutrality helps the oppressor, never the victim. Silence encourages the tormentor, never the tormented. Sometimes we must interfere. When human lives are endangered, when human dignity is in jeopardy, national borders and sensitivities become irrelevant. Wherever men or women are persecuted because of their race, religion, or political views, that place must – at that moment – become the centre of the universe”.

The theme will seek to encourage every person to reflect upon their own behaviour and choices that they take, and demonstrate that however insignificant it may seem, every action matters, whether positive or negative. It will aim to show that those who stand up and unite against hatred can make a difference. It will set out to dispel the notion that one person cannot make a difference and show that the action of one individual does matter, and that they can achieve a great deal, however small their action may appear initially.

Our theme is also designed to get individuals to critically engage with and change their own behaviour, particularly when it comes to the rhetoric that is being used by those in positions of power as every word they speak, and every action they take matters. Our society is becoming increasingly fragmented as a result of the divisive and inflammatory language being used by public figures. They must recognise that far from uniting communities, the words they use are exacerbating such divisions, and in some instances fuelling the toxic environment that has led to an unprecedented increase in hate crime in the UK. Their words matter, but so do their actions, and it is imperative that they act to address the growing levels of intolerance in our country and contribute to the creation of a safer, stronger and more cohesive community.

Fikret Alić, left, in Trnopolje concentration camp in 1992 and right, at the Hague waiting for the verdict on Ratko Mladić in 2017. ITN/REX; Michael Kooren—Reuters

The theme will focus on the stories of individuals whose actions made a difference. Stories such as those of the British journalists Penny Marshall and Ed Vulliamy who risked their lives to gain access to the notorious Trnopolje and Omarska concentration camps and revealed to the world for the first time the true extent of the brutality that was being inflicted upon Bosnian Muslims by the Bosnian Serbs. The graphic images which were broadcast shocked the world, and the actions of the journalists are widely attributed to saving the lives of hundreds of people. 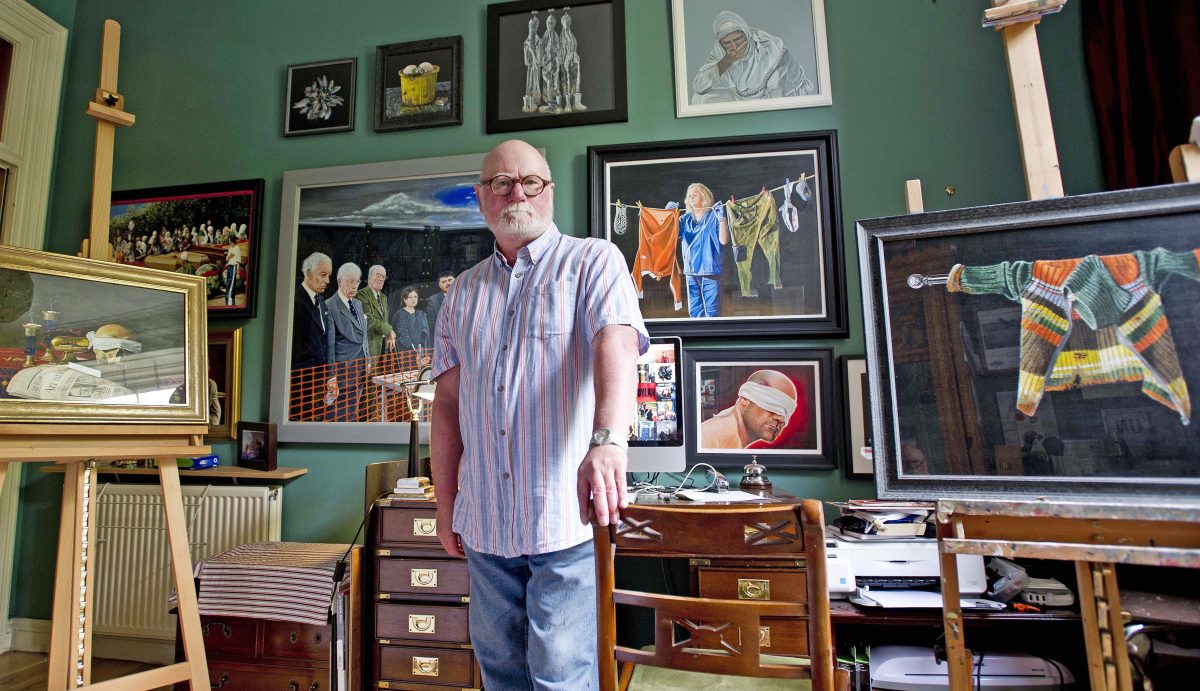 The role of forensic specialists like Robert McNeil and Alison Anderson whose actions as part of international forensic teams gathering evidence of war crimes, crimes against humanity and genocide following the discovery of hundreds of mass graves established an indisputable case that led to the legal ruling that Srebrenica was a genocide and the conviction of war criminals. Their actions have also provided grieving families with the opportunity to bury their loved ones and find some closure.

Munira Subašić, President of the Mothers of Srebrenica and Žepa Enclaves Association

And of course, the stories of the Mothers of Srebrenica and the survivors who have fought tirelessly against genocide denial and for justice. Despite all that they have been through, they have never sought vengeance and never acted with hatred as they regard hatred as a sign of weakness, and they refuse to be weak. Because of their actions, there has not been a single case of retribution against the Bosnian Serbs, with their actions paving the way for the chance of reconciliation.  Instead, they have chosen to campaign for justice, playing a pivotal role in the sentencing of many of the key architects of the genocide. They returned to their home determined to show the perpetrators that they had not succeeded.

‘Every Action Matters’ calls upon everyone to look back at the lessons from Srebrenica and think forward about our individual moral obligations to do something, no matter how small, to make a difference. It aims to motivate people to show people that their actions can, and do matter, and that we must always challenge hatred, prejudice and genocide denial. 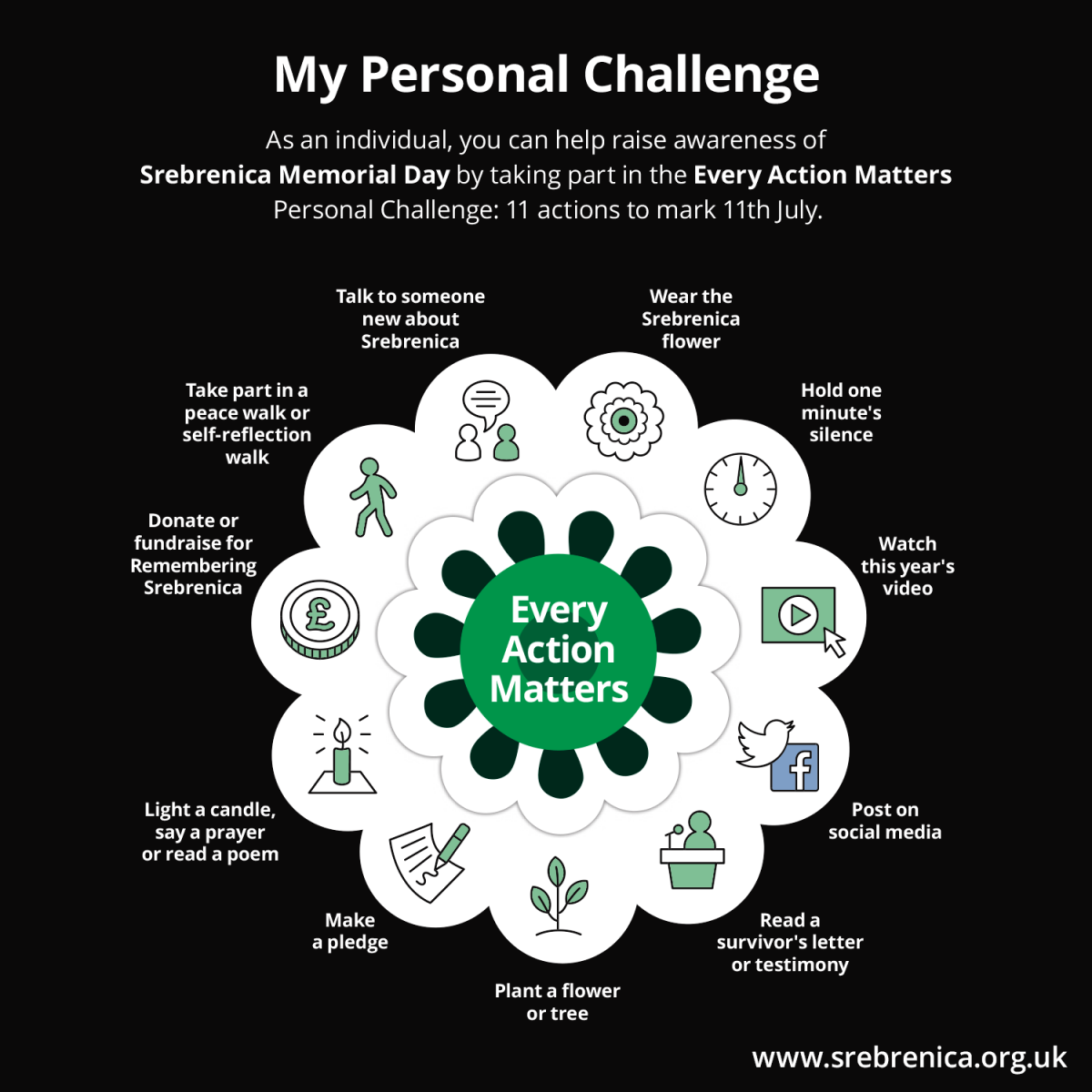 You can read more about our theme and how it can be used in Memorial Week commemorations below, or download a copy by clicking Remembering Srebrenica 2020 Theme Booklet

Feb 11, 2020francesca cleverly
MAKE A DONATION
Remembering Srebrenica remains committed to honouring the victims and survivors of the genocide.