Home Primary Information The Strength of a Woman

The Strength of a Woman

Dr Branka Antić Štauber is President of the “Snaga Žene“ (Strength of a woman) organisation in Tuzla. She works with women who have experienced the worst of humanity, and survived. Here she tells us about the courage and strength of the women she works with. 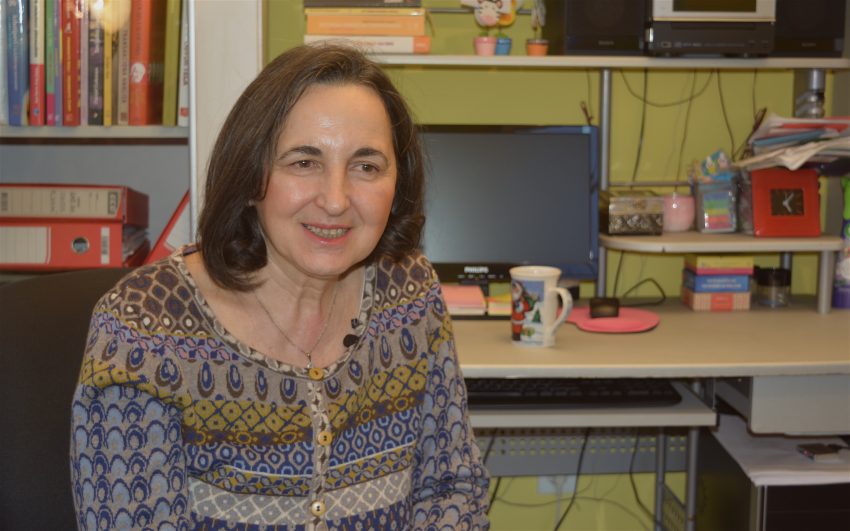 Can you tell us why Snaga Žene was set up and who you work with?

“Snaga Žene” was established in 1999 with the goal of assisting the large numbers of women and children that were living as refugees in the Tuzla canton after the end of the conflict.

The women were suffering from complex trauma. They had been expelled from their homes. They had lost a large number of their family members – one of the women had lost 37 of her closest relatives. They were living in refugee camps under unbearable conditions.

Try to imagine what it was like for those women who came with small children, to organise their lives in those conditions and in complete poverty, economically dependent on the state, living in fear.

Their husbands were missing, which caused insecurity, as in our culture men have a protective role. Added to that, for many there was sexual abuse and rape trauma, which destabilised their physical and psychological health. Inter-generational trauma was also a huge issue.

Can you tell us about your organisation’s work and how it has changed over time?

Over the last 20 years, Snaga Žene has developed an ecological model of rehabilitation, which addresses the environmental, macro and micro issues facing individual women. Practically, this means psychological support, social counselling, medical care, legal counselling and economic support, all with the goal of improving everyday life, easing the trauma and assisting rehabilitation.

A good example of how our approach has evolved would be the women of Srebrenica. In 2001, Snaga Žene worked with the first returnees in the Srebrenica region. Most of the returnees were women; mothers, who went back to search for their missing children. To start with, we were most interested in improving the women’s psychological health through regular psychotherapy sessions. However, we realised that these were not having the desired effect, so we looked again at the troubles facing the women. They were living in ruined houses, with no economic means of support. So, we started them growing roses to sell. As the time came to cut the roses, I was calling them to ask what was happening, and they said that the roses were so beautiful, they couldn’t cut them, and they were drinking coffee in the garden. I was so happy, they were taking a tiny bit of pleasure in life again. Now they grow other plants for sale. As soon as we started to address their living conditions and economic issues, their psychological state began to improve. This is why we use a holistic, inclusive, ecological model of rehabilitation with the women, which has had significant results and has improved the women’s levels of anxiety, depression and Post Traumatic Stress Disorder (PTSD).

Why do you think it is important to break the silence around rape and violence against women?

The strategy was the intention to destabilise families through targeting women. In our culture, we say that a woman holds three corners of a house, and the fourth stands on men’s shoulders. In Bosnia, we are talking about between twenty and forty thousand raped women, which means that there are at least twenty to forty thousand destabilised families.

Many women are silent about sexual violence because of shame and stigma. Many feel guilt, even though it was not their fault, because our society often blames the victim for this crime.

Their silence has an adverse influence on their social and emotional relations and their health. When the women do start to talk, these problems reduce. Of course, when they speak up and point their finger to the perpetrator they will enter a very difficult struggle, but even that will have rehabilitative effect. The moment when it gets proven that someone is a perpetrator, the guilt that women is carrying for what happened to them will ease, as well as the trauma itself. They went through terrible violence. Besides sexual abuse, they were often beaten, humiliated, kicked, ejected naked from the houses in which it was happening, they were being injured with broken glass bottles. It is important to talk about this. The Bosnian women were the first to speak about it in public, and they are asking for their rights and for justice.

We must also punish perpetrators and make sure that this never happens again. I know it’s very hard for women and survivors, especially to come out with their name and face revealed. But that encourages other women to talk about it, and together we can get involved with women’s activism of fighting against violence against women.

Do you see women’s organisations as presenting opportunities for reconciliation in Bosnia?

Every society which has been through a violent conflict must find its path to reconciliation, or the conflict continues. Snaga Žene organises visits of reconciliation between women from Srebrenica and other women who are civilian victims of war – in Croatia, Serbia and Bosnia. We arrange these visits with organisations that share similar goals to Snaga Žene. In all of these cities we made arrangements for a meeting with all three religious communities. Religion and spirituality is something that has deep roots in us as humans. The beliefs and messages coming from religions, religious books and religious leaders are positive and good. If we listen, we can easily see that no religion is sending any negative messages: not to kill, steal, lie, nor harm anybody in any way. Thus, our visits to all three religious communities, demonstrated new viewpoints to the women from Srebrenica and more cities from Bosnia in which we work. It opened up the women’s views and gave us possibilities to start finding ways of how to forgive, overcome and understand, regardless of what happened to us.

What inspires you about the women that you work with?

Their courage. Only a few men have returned to Srebrenica, but the women did return. I think that shows unbelievable courage by the women – after everything that happened there, after all the terrible events, murders, rapes, everything –  they decided to go back to their homes. I will always remember the story of Điđa Mehmedović and a group of women, six women I found in a ruined house in Srebrenica in 2001. They were alone, without electricity, water, heating, six of them sitting around a small stove. I asked them why they came. They told me they came to search for their children.  I asked, were they not afraid? They said “We’re not afraid of anything anymore. We’re long dead. Our bodies are here, but our souls have been killed. Nobody can do anything to us anymore. Someone could kill our bodies but they won’t harm us.” That’s the sentence which motivated me at the time. They showed the courage to fight against everyday problems, to fight for an equal economic position, but also, to ask for their right to live.

We should stand with them, help them, show them empathy and solidarity and support their desire to improve our society.