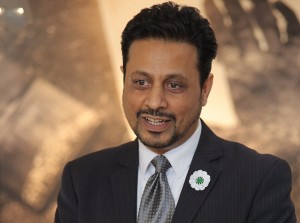 The response to the shocking killing of George Floyd proves the world is now a global village.

After the senseless killing in Minneapolis last week there have been protests across America and Europe and now in London, Manchester and Birmingham. The appetite is there to fight for justice and the best aspect of the protests around the world and in the UK is that they include people of all ethnic backgrounds.

Whilst Britain may not appear at first glance to have as deep racial divides as America, we all have to be vigilant to ensure no-one from any ethnic group or religion are treated like second class citizens. Sadly statistics show in the UK BAME people are more likely to be arrested, more likely to be charged with crimes and more likely to be jailed. Hate crimes against minority communities particularly Muslims and Jews are on the rise.

Everyone must stand together to fight these trends and that is precisely why it was so refreshing to see so many people and organisations standing in solidarity with those fighting against racism and injustice.

July 11th will mark the 25th anniversary of the Bosnian genocide when in Srebrenica more than 8,000 Muslim men and boys were murdered in one town over a few days just because of their identity. Thousands more were murdered in other towns across Bosnia and Herzegovina with an estimated 50,000 women raped and two million people displaced.

During the Bosnian genocide Muslims and other “non-Serbs” were also forced to wear white armbands to identify them and mark them for extermination as the perpetrators couldn’t always tell who was a Serb or a Bosnian Muslim. But ‘visible’ minorities in America, Europe or the UK are indefinitely marked out for discrimination, hate & even murder.

We must be alert against any group being victimised, whether that is because of Islamophobia, racism or antisemitism.

This year’s theme for UK’s Remembering Srebrenica Memorial Week is “Every Action Matters” and these protests against police violence in the United States exemplify how people can make their own contribution to a bigger cause.

Whether that is attending a protest in person or amplifying the message on social media. The key is to not stay silent. Not everyone can lead or attend a protest – but everyone can do something.

Every Action Matters shows that doing something, no matter how small, really can make a difference. 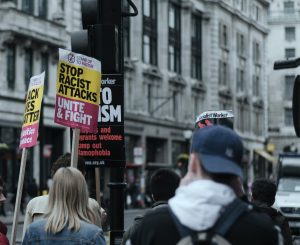 The late Elie Wiesel, a survivor of the Holocaust who said: “We must always take sides. Neutrality helps the oppressor, never the victim. Silence encourages the tormentor, never the tormented. Sometimes we must interfere.

“When human lives are endangered, when human dignity is in jeopardy, national borders and sensitivities become irrelevant. Wherever men or women are persecuted because of their race, religion, or political views, that place must – at that moment – become the centre of the universe”.

The theme will seek to encourage every person to reflect upon their own behaviour and choices that they make, and demonstrate that however insignificant it may seem, every action matters, whether positive or negative.

It will aim to show that those who stand up and unite against hatred can make a difference.

Jun 4, 2020Adam Smith
MAKE A DONATION
Remembering Srebrenica remains committed to honouring the victims and survivors of the genocide.