Gloucestershire Delegation visit Srebrenica to Investigate the Consequences of Hatred 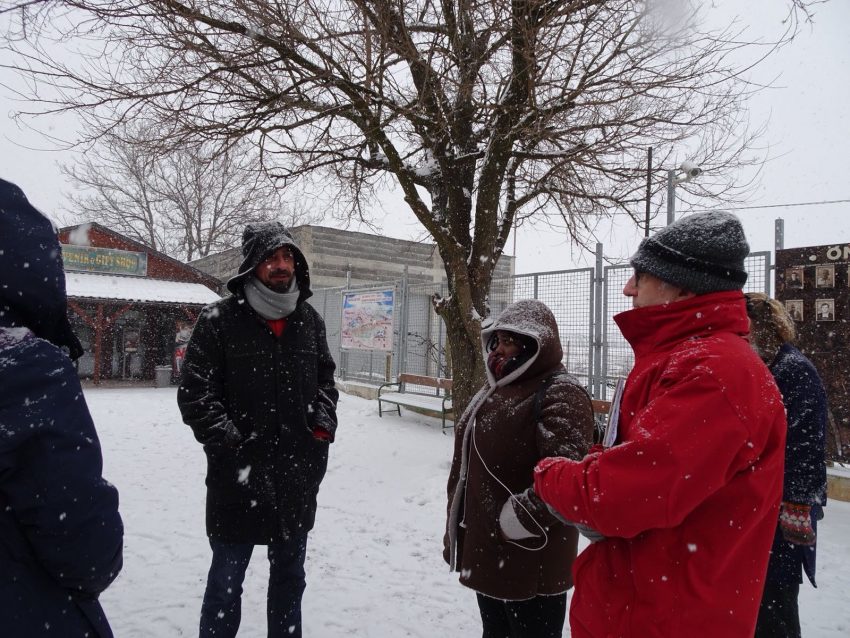 A delegation of University of Gloucestershire students and staff, accompanied by Gloucestershire local government and community representatives, returned this week from a sobering four-day visit to Bosnia-Herzegovina. During the visit, delegates learnt about the genocide in Srebrenica, the worst atrocity on European soil since the Second World War. The visit was organised by the Remembering Srebrenica. Remembering Srebrenica works to educate people about the lessons from the Srebrenica genocide, in order to create stronger, more cohesive communities in the UK.

The Gloucestershire delegation had a focus on investigating the consequences of hatred if left unchecked. Among the delegates were Philip Sullivan, Gloucestershire Police & Crime Commissioner Lead for Hate Crimes and Rebecca Richardson, Gloucestershire County Victim Support Hate Crimes Lead.  During the visit, delegates paid their respects at the site of the genocide in Srebrenica, partook in a seminar with academics at the University of Sarajevo and met with genocide survivors.

“Our visit to Srebrenica and Sarajevo has acutely heightened my resolve about how crucial our work is in finding ways to tackle hate crime in local communities.

It is hard to convey in words just how critical the work of ‘Remembering Srebrenica’ is in bringing into sharp focus the crucial lessons, not just about the horrors of genocide but the risks of extremism if left unchallenged. We were moved by the incredible power of the human strength and spirit, but also the prolonged suffering and damage caused by everyday divisions when left unchecked”.

11 July marks the 23rd anniversary of the genocide of Bosnian Muslim men and boys in Srebrenica, – murdered because of their Islamic faith. The genocide in July 1995 was the culmination of a brutal campaign of ethnic cleansing, in which men were tortured and killed, while between 20,000-50,000 women were raped.  These atrocities were committed against a backdrop of increasing identity-based conflict during the Bosnian war in the 1990s.

Remembering Srebrenica was founded in April 2013. Since then, the charity has taken over 1,000 UK Citizens to Bosnia-Herzegovina on its’ ‘Lessons from Srebrenica’ programme. Over the last five years, the charity has brought communities together by organising almost 5,500 Srebrenica memorial activities across the UK and has educated 75,000 young people about the dangers of hatred left unchecked.

Louise Livesey, a Senior Lecturer at the University of Gloucestershire who attended also attended the delegation said

“I was delighted to take UoG students and our partners in local government on the ‘‘Lessons from Srebrenica’ delegation. Our seminar at the University of Sarajevo was an invaluable opportunity to have an insightful discussion about the consequences of hatred”.

Mar 2, 2018Amil Khan
MAKE A DONATION
Remembering Srebrenica remains committed to honouring the victims and survivors of the genocide.