Memorialisation: Its Place and Purpose 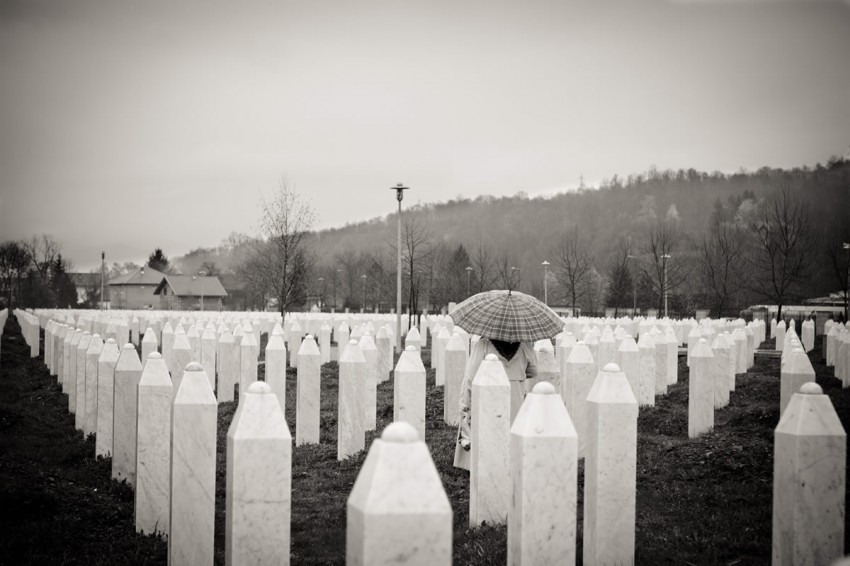 July marks the anniversary of the Srebrenica genocide in Bosnia-Herzegovina. As we prepare to remember the victims of that atrocity we are also drawn to thinking about the role of memorialisation in the face of loss and its effect on those left behind.

As an organisation Remembering Srebrenica marks the EU designated Srebrenica Memorial Day on the 11th July. We hold memorials on this day to honour the memory of those lost, to empower survivors to share their stories, and to reflect on the legacy of genocide. By coming together to remember the terrible events of July 1995, we also hope to unite diverse communities in considering the consequences of unchecked hatred and intolerance. By facilitating time for reflection, it is hoped that we are better able to learn the lessons of the past and engage individuals in working towards reducing divisions within society.

There are, however, many different ways in which organisers choose to mark terrible events such as Srebrenica, the Rwandan Genocide or the Holocaust. As we plan our memorial programme we are moved to consider both how best to memorialise, and, indeed, how to think about memorialisation.

When we consider memorials to genocide in particular, we might think about physical locations: the Auschwitz-Birkenau Memorial and State Museum; the Kigali Genocide Memorial Centre; or the Srebrenica-Potočari Memorial Cemetary. These fixed locations act as permanent, tangible reminders of crimes against humanity, as well as sites of knowledge-sharing for current and future generations. Such sites may also provide historically significant focal points for large scale remembrance ceremonies; tangible spaces within which survivors and all those affected may come together and share in a collective understanding of their group experience. Grief and loss, which may otherwise be felt at an individual level, can be shared, and support received. As many scholars and observers have noted, memory is partially collective and that is why remembrance sites or collective ceremonies are often seen as crucial for communities which have experienced trauma.

However, memorialisation can also be a loaded and symbolic act and some aspects of memorial processes may raise difficult and uncomfortable issues. This is particularly the case when memorials are sited in post-conflict states, but may also apply in other contexts. Memory is subjective, and historical narratives open to manipulation. Many memorials around the world have been established to support a particular interpretation of events which may be based on memory narratives that are exclusive, or which disregard otherwise widely accepted truths. Memorialisation therefore appears at times as a contradictory process.  When handled sensitively and inclusively it has been shown to play a significant part in communal healing, yet memorial building can also be divisive and reinforce traditions of perpetrator and victim, retrenching rather than ameliorating divisions between communities. This also raises the issue of justice and its role in the memorialisation process. For example, should those seeking to memorialise crimes against humanity touch on the topic of justice for victims and survivors, or focus instead solely on remembrance?

Furthermore, memorialisation is complicated in that while it often takes place at agreed locations, it is also clear that a memorial may not always be linked to a physical place. After all, as well as being linked to the collective, memory is also experienced at the individual level. Memory is deeply personal and the loss felt by survivors and others affected may often require them to memorialise their loved ones on a personal basis. Therefore memorialisation can range from saying a few prayers in private to a large community or state organised event. The appropriate memorialising behaviour is dependent on the needs and requirements of the individuals concerned.

Memorials therefore also take place in a variety of different contexts and locations and indeed often outside of the communities in which acts were committed. For example, here in the UK we recognise both Holocaust Memorial Day on 27 January and Srebrenica Memorial Day on 11 July.

Often memorial events themselves have quite uniform patterns: a list of the departed may be read out; prayers may be said; candles lit; and speakers invited to share their stories or talk on the need for reconciliation and the application of lessons to their own communities. Other forms may include educational aspects drawing upon lessons for younger generations, or more artistic representations of loss. However, it seems that just as there is no definitive place for a memorial event, there is no definitive consensus on how to hold a memorial event. Perhaps all that is important is that they be appropriate to the gravity of the events that they mark.