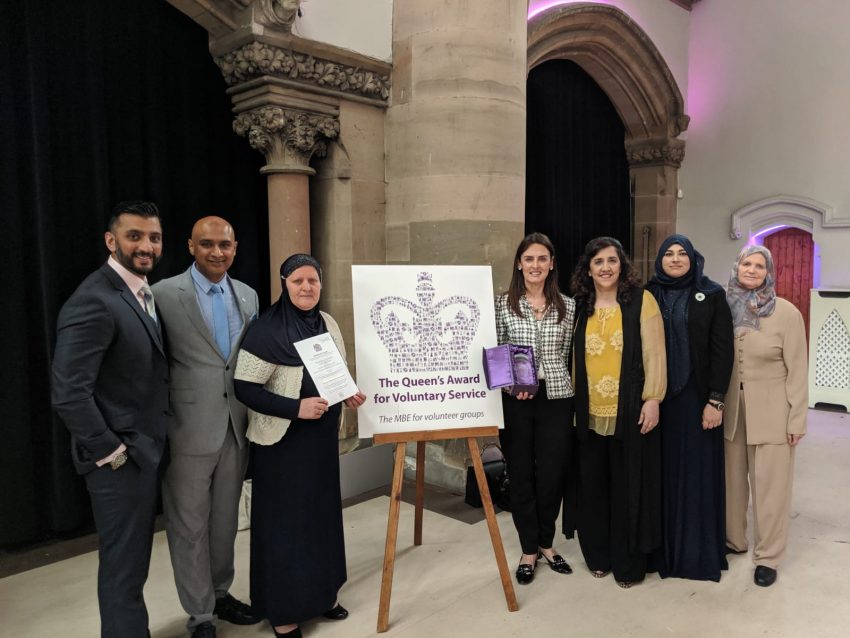 On 28 August, Remembering Srebrenica North West Board collected the Queen’s Award for Voluntary Service, in recognition of using the Lessons from Srebrenica to help create more resilient and inclusive communities in Greater Manchester and the North West of England.

North West Board Chair, Elinor Chohan MBE DL, who was appointed Deputy Lieutenant of Greater Manchester just last month, along with her Board Members have been instrumental in holding numerous memorial activities each year in July in the North West to bring communities together to honour those who were murdered simply because of their Muslim identity and encourage people to pledge to stand up to hatred.

Remembering Srebrenica is one of the record number of 281 organisations from across the UK to receive the prestigious award this year, which is the highest award given to volunteer groups to recognise exceptional service within their communities.

It is an incredible honour to work with such extraordinary and dedicated volunteers who promote a stronger, more resilient society using the lessons of the Srebrenica genocide to educate against all forms of hatred and intolerance.

I am so pleased that the work of Remembering Srebrenica North West Board has been recognised with such a prestigious award. Congratulations to our North West Board and its Chair, Elinor Chohan. It is a great source of pride that our network of over 1,200 Community Champions and volunteers help build stronger and more cohesive communities in Britain. The realisation and impact of our vision would not be possible without their hard work and dedication.

The record number of nominations for this year’s Queen’s Awards for Voluntary Service proves that volunteering at a grassroots level continues to thrive. This year it is a real pleasure to congratulate 281 winners – all with strong reputations for successfully tackling a wide variety of issues and problems in their communities. They are powerful examples of real democracy in action.

Watch Elinor’s interview with That’s Manchester on 9 September below: