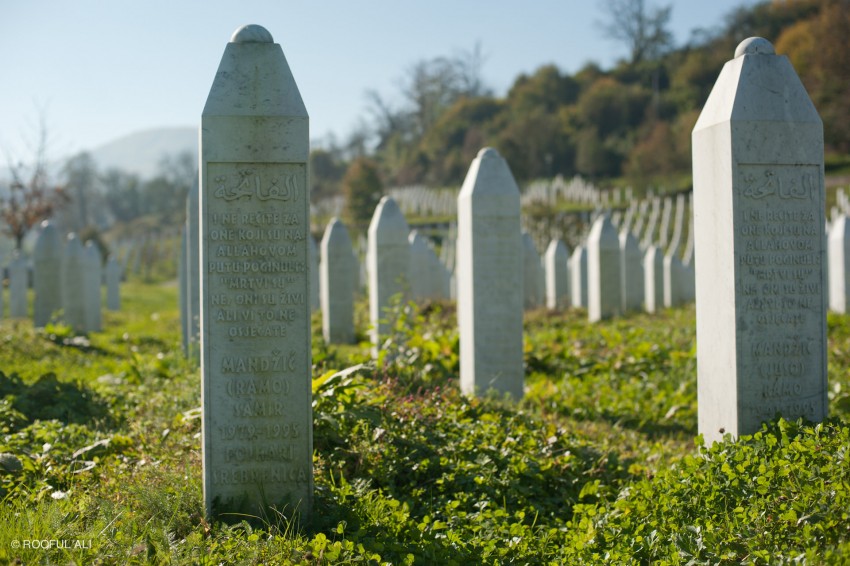 Remembering Srebrenica welcomes the verdict that Radovan Karadžić, former President of the Serbian Republic of Bosnia and Herzegovina (now the Republika Srpska) and the Supreme Commander of the armed forces throughout the Bosnian war is guilty of genocide in Srebrenica in 1995. Karadžić is the most senior figure convicted of genocide since World War Two.

Karadžić was also found guilty of ten of the eleven counts against him, including persecution, extermination, murder as a crime against humanity and murder as a violation of the customs of war, terror and unlawful acts and the taking of UN hostages.

Dr Waqar Azmi OBE, Chairman of Remembering Srebrenica, particularly welcomed the Tribunal’s acknowledgement of the broader plan of ethnic cleansing and Karadžić’s role as a central figure in overseeing the ideologies and propaganda of hatred. Dr Azmi said:

“It is so important that Karadžić, as the most senior political and military figure in Republika Srpska during the Bosnian war, and one of the architects of an ideology with religious and ethnic hatred at its very core, has been brought to justice. This sends a strong message to the whole world, especially those who seek to divide us and spread hatred and fear.

“Our thoughts are with the Mothers, the survivors and the victims organisations, who have campaigned tirelessly to find out what happened to their loved ones, and who have waited twenty years for justice.

“We hope that today’s landmark verdict marks a turning point towards addressing the continued problem of genocide denial, glorification of evil leaders like Karadžić and allow all citizens of Bosnia Herzegovina to start the process of reconciliation and building a brighter future for the next generations.”

Mar 24, 2016Amil Khan
MAKE A DONATION
Remembering Srebrenica remains committed to honouring the victims and survivors of the genocide.