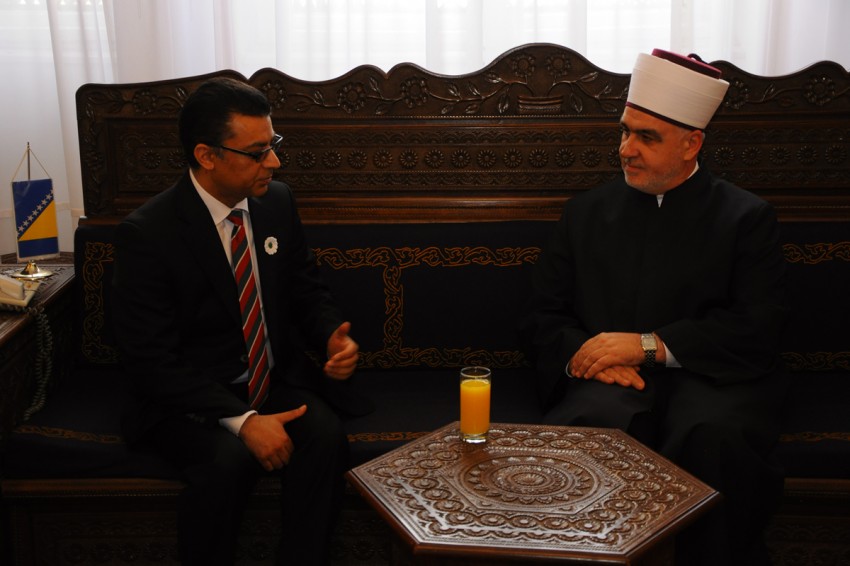 UK charity Remembering Srebrenica has organised a three-day visit to the UK for His Eminence Husein Kavazović, the Grand Mufti of Bosnia & Herzegovina, which begins on 1 August.

During his visit, the Reis will meet with leading Islamic scholars and leaders from the Muslim community in north Manchester; will lead Jum’ah prayers for the Bosnian Diaspora in London; and make a keynote address at the Living Islam festival in Lincolnshire.

The Grand Mufti is a great supporter of Remembering Srebrenica’s work. He regularly hosts delegates visiting Bosnia and Herzegovina as part of the charity’s Lessons from Srebrenica education initiative. This aims to draw lessons from the Srebrenica genocide in which Serb forces killed more than 8,000 Bosnian Muslim men and boys, lessons that can then be used here in the UK to strengthen British society.

“I am honoured to welcome such a distinguished religious figure from Bosnia and Herzegovina to the UK where I know that his powerful message of tolerance and forgiveness, and his support for interfaith harmony and diversity will be well received.”

The Reis’ visit follows Remembering Srebrenica’s first and hugely successful Remembering Srebrenica Memorial Week, during which the charity supported 650 acts of remembrance across the country to mark Srebrenica Memorial Day on 11 July. The week had dual aims of raising awareness of the genocide and its ramifications – particularly on the lives of its survivors – and using these lessons to counter problems with hatred and intolerance in British society.

The Remembering Srebrenica Memorial Week saw four of the Mothers of Srebrenica, who represent the approximately 6,000 widows and family members of those killed, travel the country sharing their stories with politicians such as Deputy Prime Minister Nick Clegg, faith leaders, and audiences at a number of the events across the country. Full details can be found here: http://srebrenica.org.uk