Al Jazeera Balkans has launched a new interactive website marking next year's 20th anniversary of the end of the siege of Sarajevo. 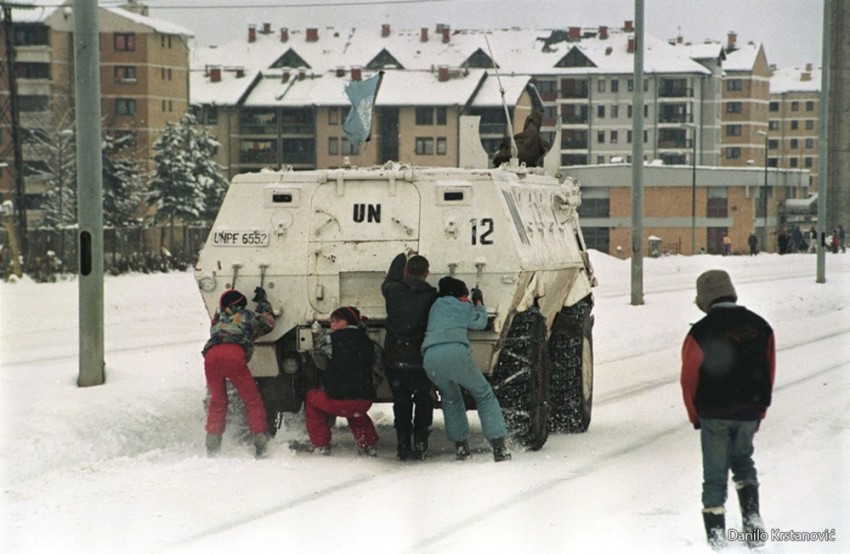 The longest military siege of a capital city in modern history began on 5 April 1992. Fighting ceased on 14 December 1995 with the signing of the Dayton Peace Accord and the siege was finally lifted on 29 February 29 1996.

The project also boasts interactive maps and a timeline which allow users to understand the historical, military, social, humanitarian as well as cultural aspects of the siege of Sarajevo.

Available in English, Bosnian, Arabic and Turkish, it can be found at www.opsadasarajeva.com. It allows users to access 360-degree video tours through locations including the Sarajevo War Tunnel – the only way in and out of the city during the siege – and the Historical Museum in Sarajevo.

The museum’s permanent exhibition, ‘Besieged Sarajevo’ looks at the impact of nearly four years of the siege. It tells the story of the siege through photographs and artefacts, from hand-made heating, cooking and fighting implements to humanitarian aid.

It was not only the longest siege of a capital city in modern history. The city of Sarajevo, while it was besieged had the longest running humanitarian air bridge in history. But it also had the spirit and the courage to survive. This project is our effort to contribute to the ongoing storytelling process, our effort to explain this complex event to the global audience.”

The story begins with an interactive walk through the Sarajevo War Tunnel, followed by maps of massacre locations, urbicide or “violence against the city” sites, infographics with important dates – siege timeline, military data interactives, documentaries and picture galleries. It also tells the story of the Winter Olympic Games of 1984.

The project ends with a giant panorama of the present day Sarajevo, which allows the viewer to zoom in to particular districts; famous people’s quotes on Sarajevo and a story about Sarajevo by award-winning Bosnian author, screenwriter and playwright Abdulah Sidran commissioned especially for this project.

Dec 15, 2015Amil Khan
MAKE A DONATION
Remembering Srebrenica remains committed to honouring the victims and survivors of the genocide.