10 inspiring stories of people of different faiths coming together to learn from each other. 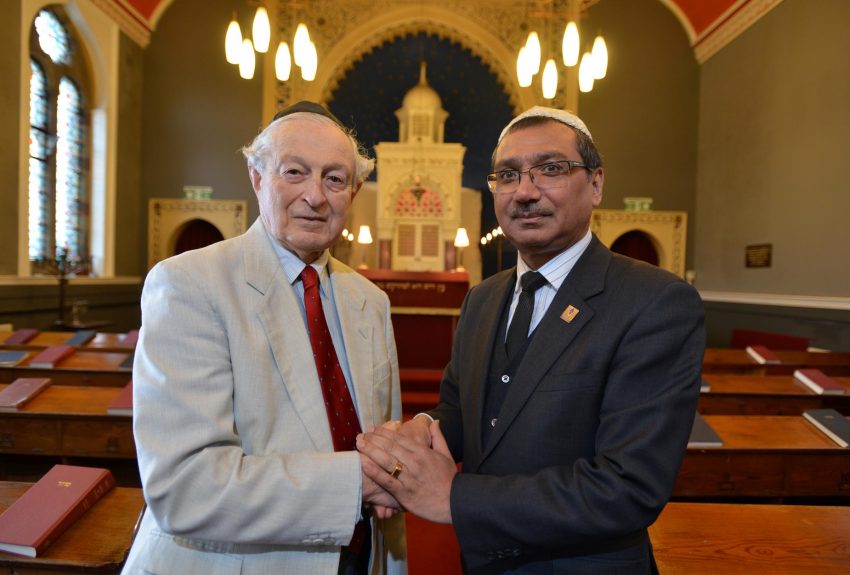 One of the great strengths of Remembering Srebrenica’s ‘Lessons from Srebrenica’ programme is that it joins together people of different faiths on the same delegation, so that they may get to know each other and build lasting friendships. This year  saw the first interfaith delegation of Senior Rabbis and Imams travelling together to learn about the genocide. Led by Mehri Niknam MBE of Joseph Interfaith Foundation, these faith leaders prayed together at the Memorial Centre in Potocari and since returning have all played a key role in helping to educate more people through leading commemorations both in their places of worship and also in other community venues. This not only showed cooperation and understanding between people of different faiths and denominations but also sent a strong message to communities that those from different faiths can unite over our common humanity. 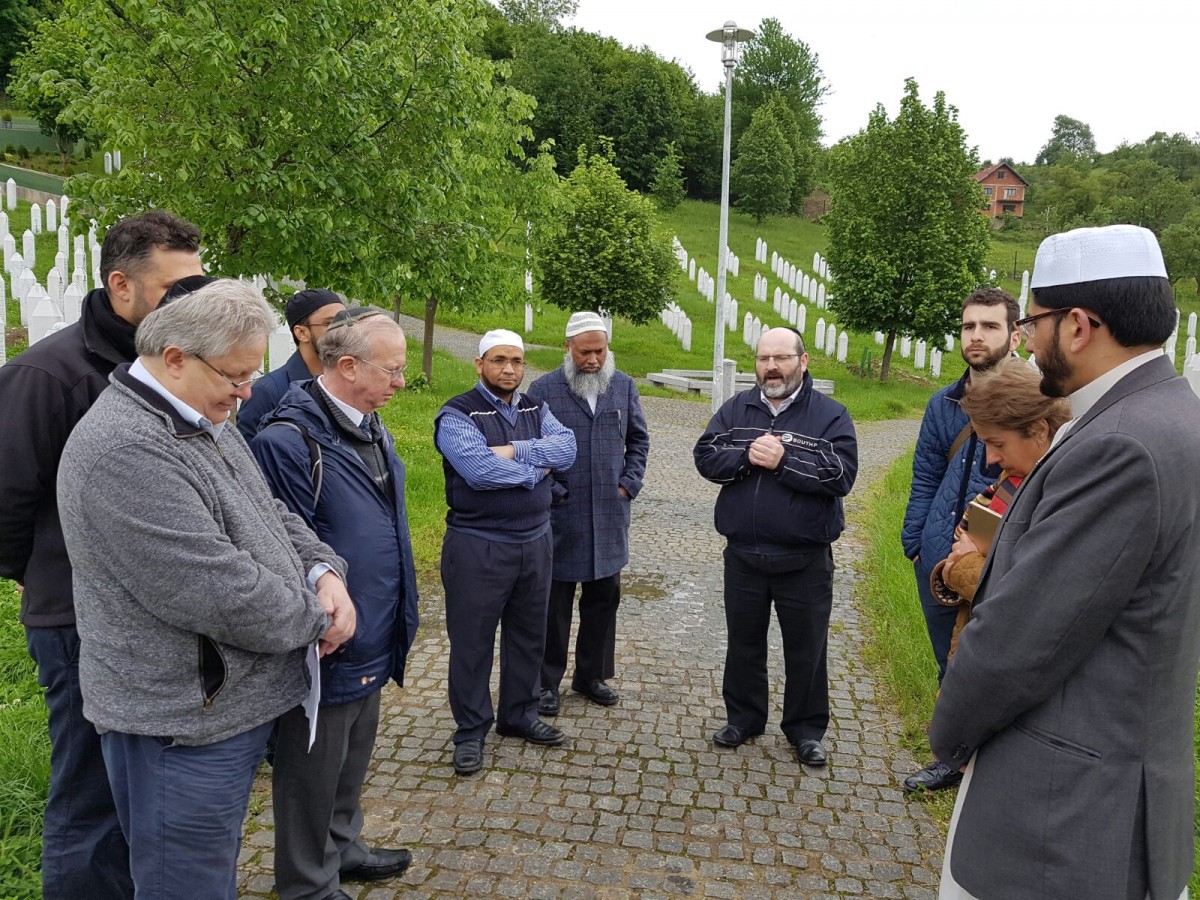 Rabbi Kleiman reciting prayers at the Memorial Centre in Potocari

2. The Catholic who couldn’t leave his Muslim friends and neighbours
The genocide of Bosnian Muslim men and boys in Srebrenica was the worst atrocity on European soil since World War Two. Amongst all the Islamic headstones in the cemetery at Potocari there is one grave that stands out as different. Rudolf Hren was a Catholic Croat, who lived in Srebrenica and refused to be separated from his Bosniak neighbours with whom he lived side by side all his life. Despite his different faith, he remained part of the community in Srebrenica and refused to stand by to see his friends and neighbours abandoned. He died alongside his Muslim neighbours. After his remains were discovered in a mass grave his mother, said: “He died with them. Let him rest with them.” 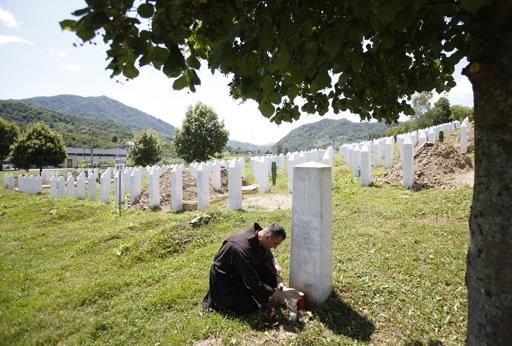 3. Four faiths worshipping on one street

Known as the ‘Jerusalem of Europe’, Sarajevo is the only city in Europe to have a Mosque, Synagogue, Catholic Church and Orthodox Church on the same street. As part of the ‘Lessons from Srebrenica’ visits programme, Remembering Srebrenica takes delegations from the UK to Bosnia.  This sees delegates learn about the Siege of Sarajevo and the backdrop to the genocide as well as a thorough history of a country that had been integrated, multi-ethnic and a home to people of all faith communities who lived together freely before the war in 1992.  By looking at the diversity in Sarajevo and the disintegration of that society, we can understand how we must never complacent to standing up to those who seek to divide us. 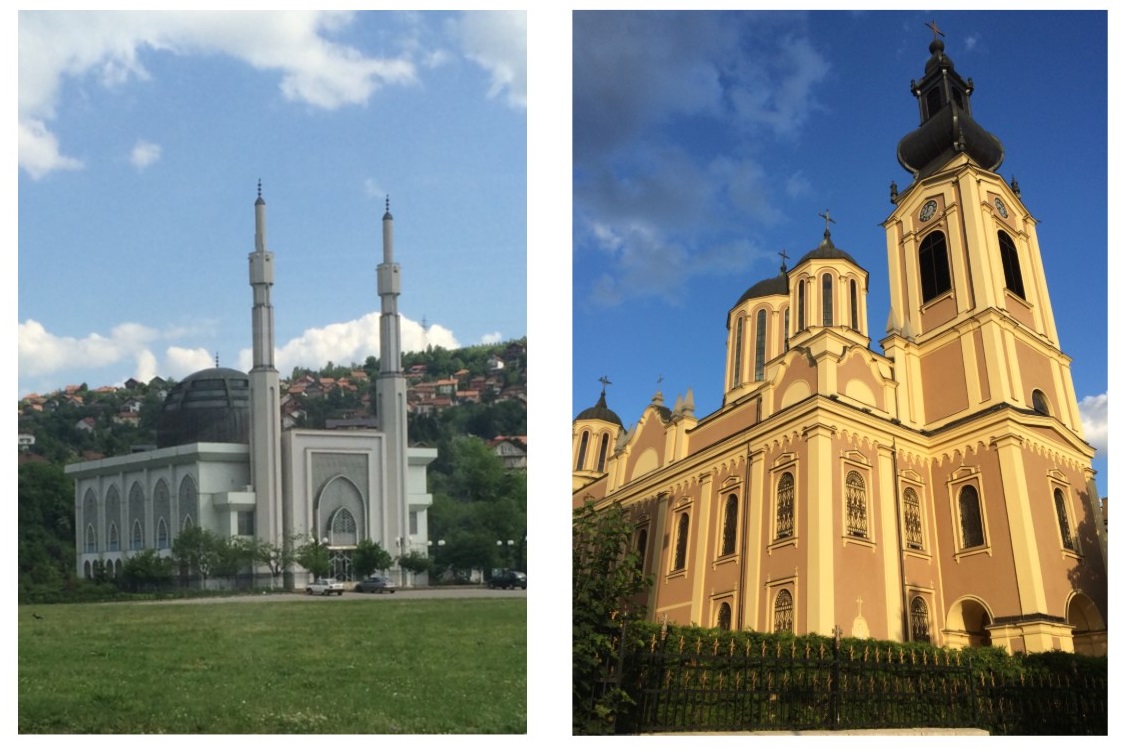 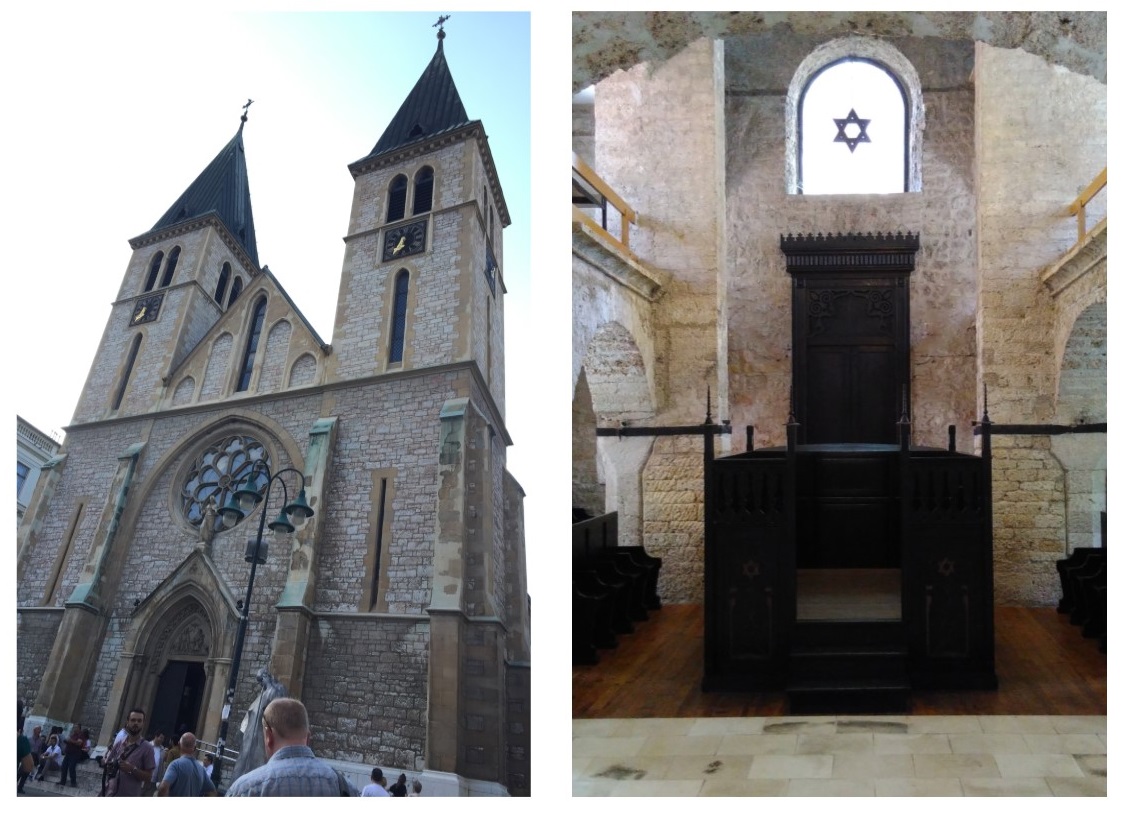 4. Friendships forged by a shared purpose

Through Remembering Srebrenica’s work, strong bonds of friendship are built between people of different faiths and those of no faith. Twenty-one women of all ages, faiths and backgrounds travelled together on an all-female delegation. Through forging a shared common passion for spreading the lessons from Srebrenica, they now work together to organise events that raise awareness of what happened in Srebrenica and educate people about the consequences of not standing up to hatred and intolerance. 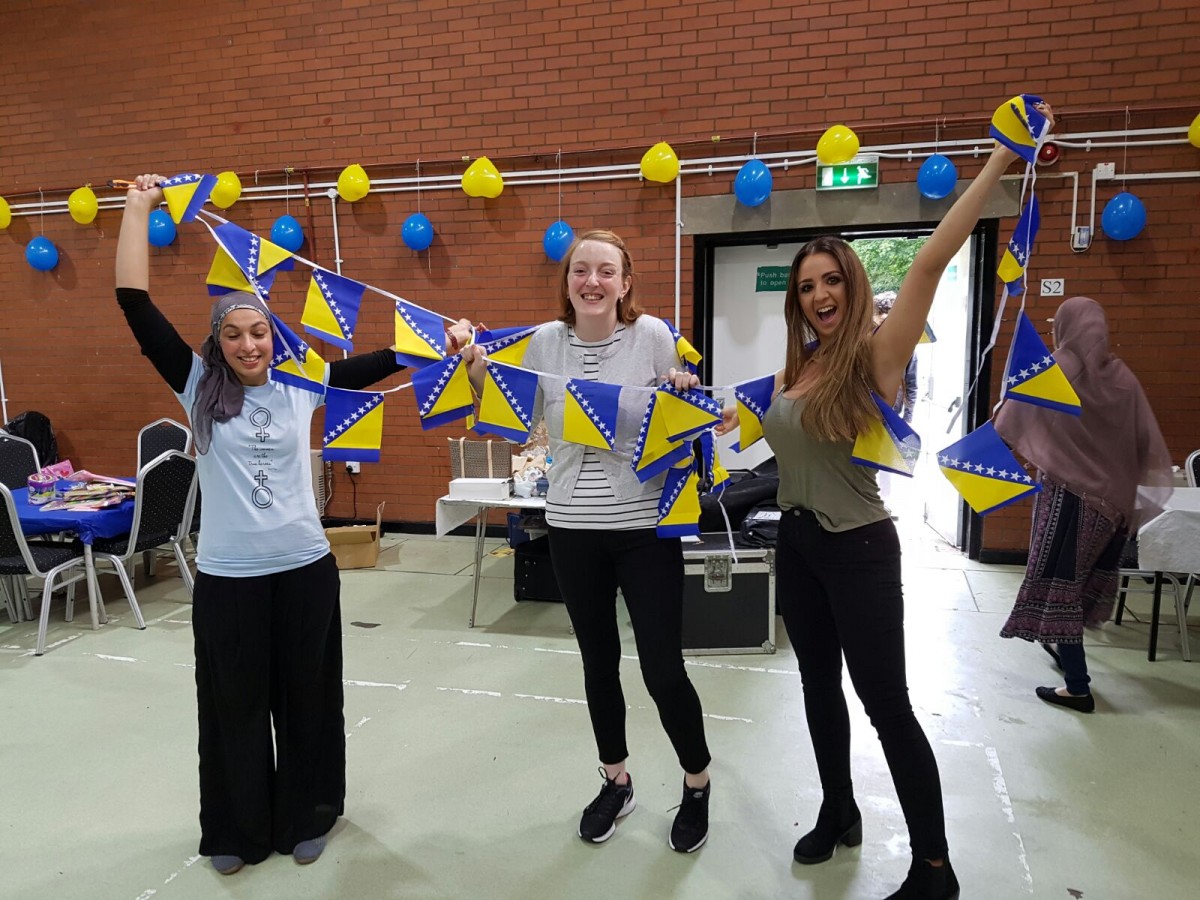 5. Neighbours help each other in times of desperate need – 50 years apart

During the Nazi occupation of Sarajevo in the Second World War, the Hardaga family, who were practicing Muslims, agreed to take in their Jewish neighbours, the Kabiljo family . They hid them from the Nazis and treated them as part of the family, keeping them safe until the end of the war. After the Kabiljo family had emigrated to Israel following World War Two, they witnessed from afar the terrible scenes unfolding in Sarajevo at the start of the conflict in Bosnia. They discovered that members of the Hardaga family were still living in Sarajevo and through their efforts, they managed to secure the safe passage of the family to Israel along with 300 other refugees from the city. 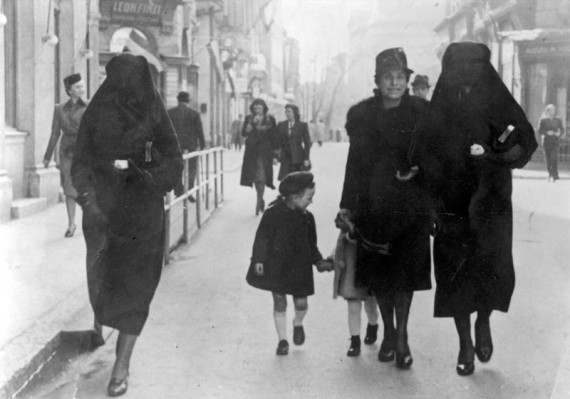 Jews and Muslims in Sarajevo

In order to promote better understanding between faiths, Remembering Srebrenica encourages communities to come together in collective acts of remembrance for the victims of the genocide. In 2015 the Grand Mufti of Bosnia and Herzegovina read a recitation from the Qur’an, the first to be read in Westminster Abbey, for the 20th anniversary of the genocide. Throughout 2016 were many wonderful example of strong Muslim-Christian relations. After travelling to Bosnia with the charity, Reverend Julian Francis invited Bosnian Imam, Mersad Krnjic to collaborate in organising a Srebrenica Memorial Event to welcome the Bosnian Muslim community to commemorate alongside his Christian congregation.  Prayers from children of all faiths were included in the programme to show unity amongst future generations.

7. Signing up for solidarity: 21-year-olds of five different faiths

In Memorial Week, Bradford Council of Mosques commemorated Srebrenica through a multi-denominational event that culminated in the unveiling of a Memorial Plaque and the signing of the first ever Srebrenica Solidarity Covenant. This was signed by young people from all different faiths as well as Mosque leaders from both Shia and Sunni backgrounds. As well as integrating local authorities, the local Bosnian community and faith leaders into the event, the participation of young people speaking out against hatred was particularly powerful and demonstrated a shared commitment to making their communities better; a triumph of unity over division. 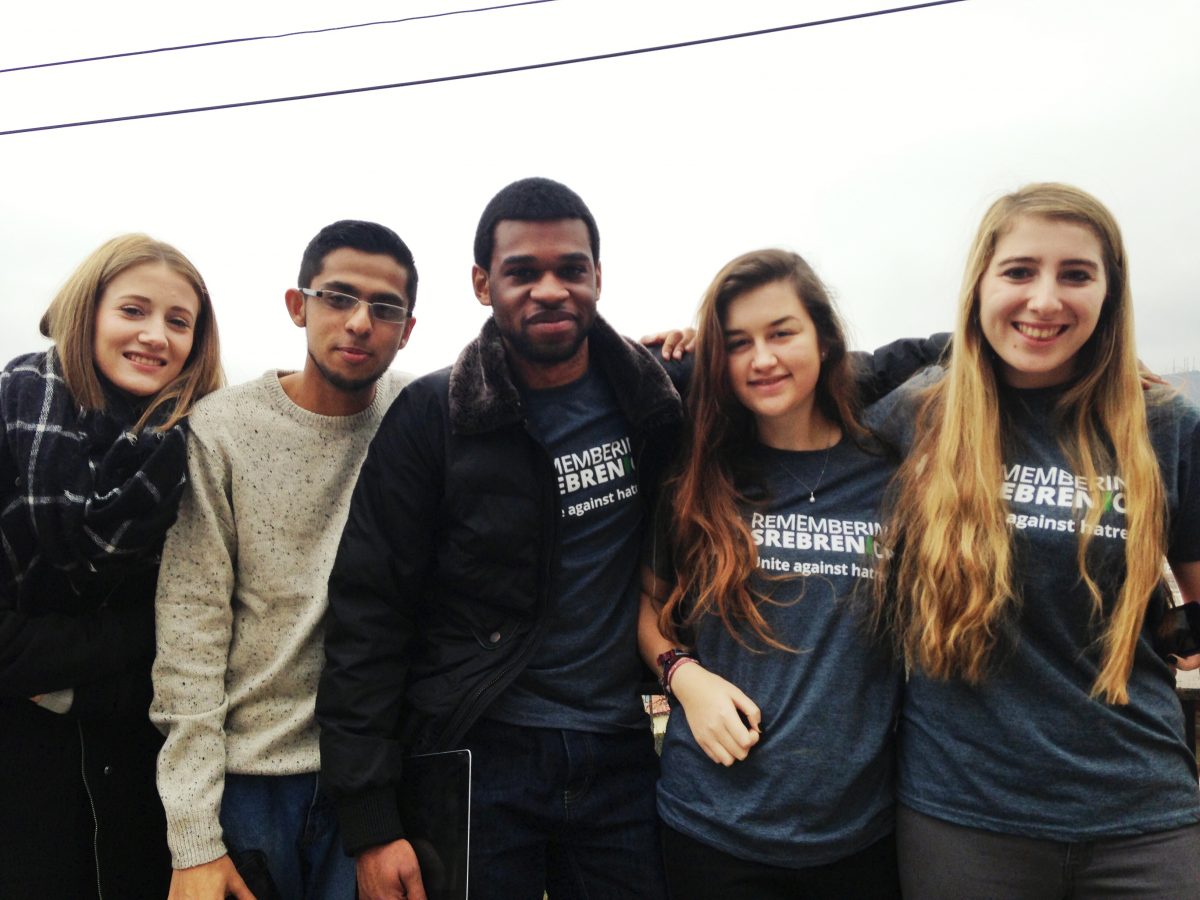 Young people coming together for Srebrenica

8. The Muslim community refunds repairs of a synagogue for their Jewish neighbours

Jani Rashid is a Remembering Srebrenica Community Champion. He is also a pioneer in interfaith relations, as Bradford Synagogue Council’s first Muslim member.

Bradford Synagogue was set up in 1880 and is the oldest Reform shul outside London. Jani’s association with the synagogue began when he was a young boy in the 1960s — he would walk past on his way to prayers at a nearby mosque.

He said: “I walked in out of curiosity as a child and was welcomed and shown around. I guess that positive experience has influenced me.”

In 2012, the trustees of Bradford’s final remaining synagogue faced a tough choice. The roof of the building was leaking and the repairs needed were so expensive that they faced the prospect of having to sell the beautiful 132-year-old Grade II-listed building, meaning the congregation would have to go 10 miles to Leeds to worship.

However, a fundraising effort – led by Bradford’s Muslim community – secured the long-term future of the synagogue and forged a friendship between followers of the two faiths leading to Mr Rashid joining the Synagogue Council. 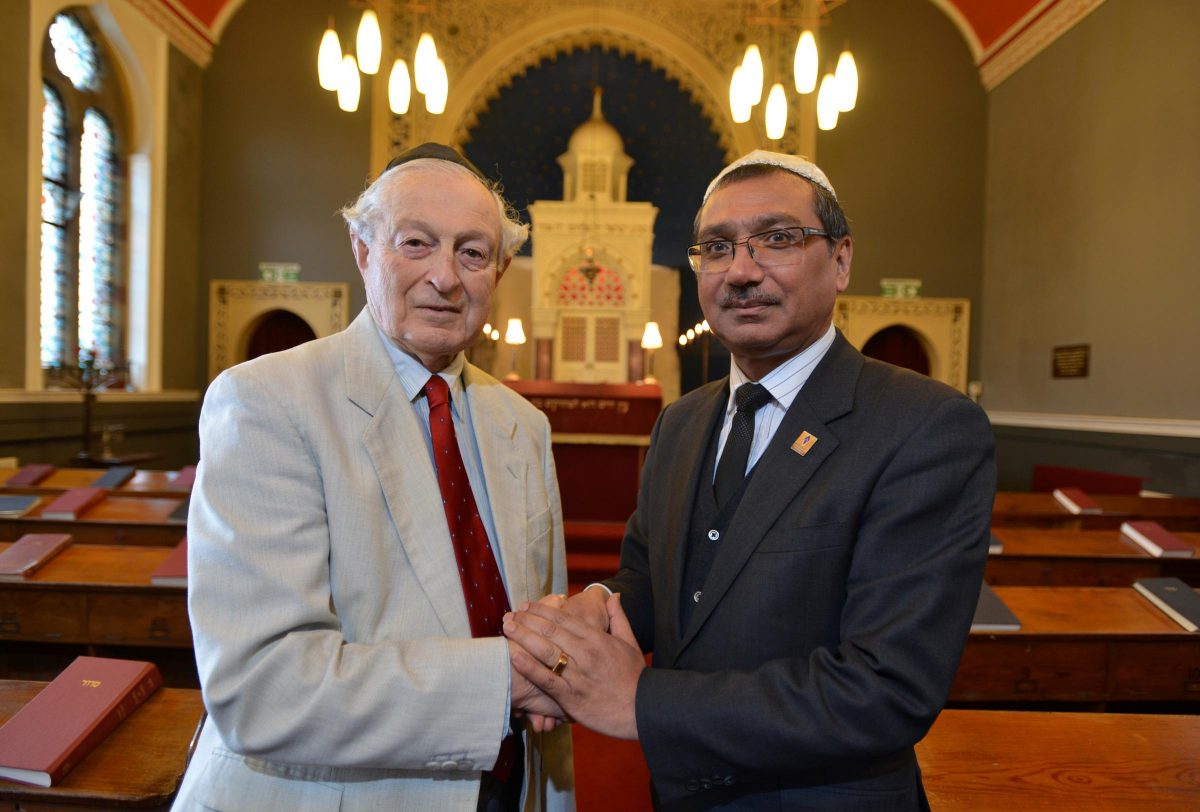 Jani Rashid with the Chairman of the Synagogue

9. Marching for Peace from Blackburn to Manchester

A diverse group of people from across the North West region took on the arduous task of walking from Blackburn Cathedral to Manchester Cathedral to spread a message of peace and harmony between religions this summer. The gruelling 23-mile walk took in various places of worship for different faiths along the way and generated plenty of interest from passers-by. “Despite the heat, the blisters and aching muscles we all feel that it was important to take this message of peace out to the people” said Councillor Noordad Aziz. 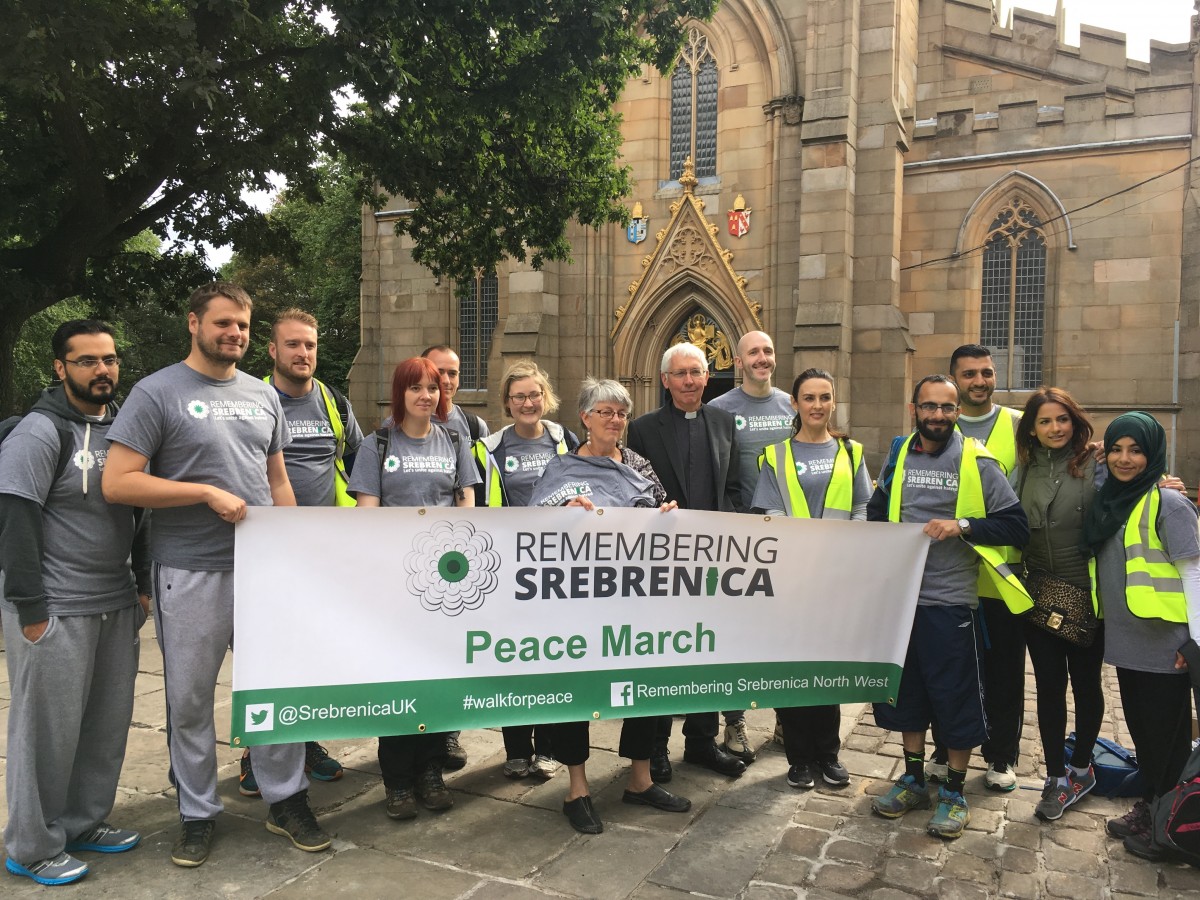 10. We want to learn together!

In the town of Jajce in Bosnia and Herzegovina pupils at the two secondary schools study in ethnically mixed classes which follow the Croat curriculum, but the regional assembly wanted that to change. In June 2016, it voted to establish a new school where Bosniak students would follow their own curriculum.

The students themselves didn’t agree, though, as many spent their summer protesting against the plans “We do not want divisions. We socialise together and we get along,” said one of the protestors. And they won – the new school was not built and they all still study together regardless of their ethnic or religious background. 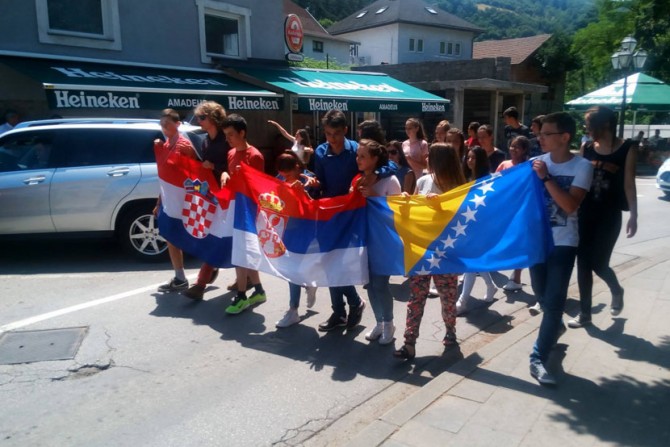 Students in Jajce protest plans to segregate them at school.

Nov 10, 2016Amil Khan
MAKE A DONATION
Remembering Srebrenica remains committed to honouring the victims and survivors of the genocide.

SIGN UP
November 10, 2016 NewsInterfaith
Her Royal Highness The Princess RoyalLessons from Srebrenica genocide will help Gloucestershire in battle against hate crime