The Continuing Fight for Justice – Landmark Karadžić Verdict Due

Tomorrow marks an important day in the fight for justice for the victims of Srebrenica and other atrocities committed during the Bosnian war, with the verdict in the trial of Radovan Karadžić due to be handed down by the Trial Chamber of the International Criminal Tribunal for the Former Yugoslavia (ICTY) . 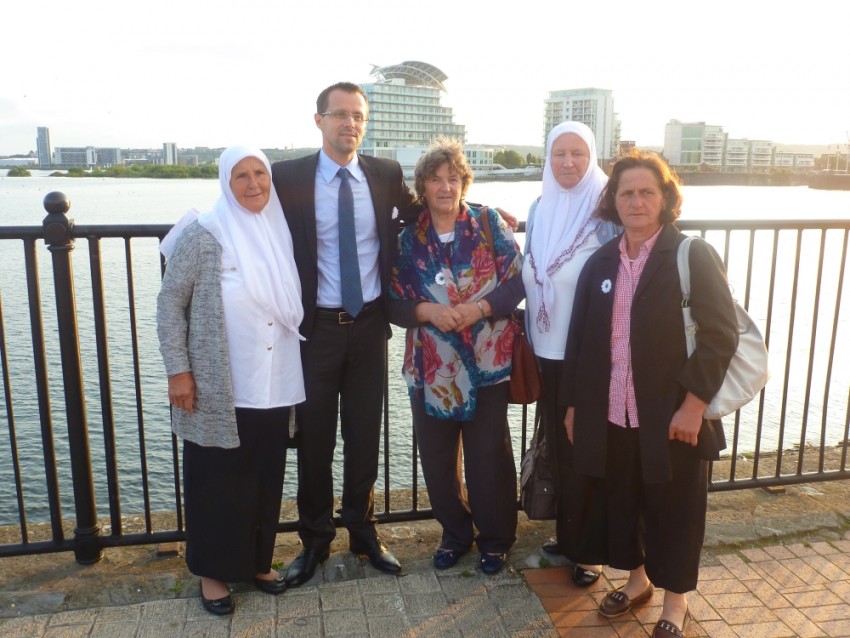 Karadžić was the President of the Serbian Republic of Bosnia and Herzegovina (now the Republika Srpska) and the Supreme Commander of the armed forces throughout the Bosnian war. He was indicted two counts of genocide, five counts of crimes against humanity and four counts of violations of the laws or customs of war. Karadžić evaded capture for over ten years, eventually found posing as a spiritual healer under an assumed name in Serbia.

The Karadžić verdict is important for a number of reasons, including establishing whether mass killings in other locations throughout the Bosnian war also constitute genocide. So far, Srebrenica is the only mass killing that has been recognised as a genocide by the ICTY. However, it is important to remember that Srebrenica was the final stage in a much wider campaign of ethnic cleansing, mass rape, torture and genocide, all underpinned by a violent ideology of Greater Serbian nationalism.

If convicted, Karadžić will be the most senior figure convicted of genocide since World War Two.
Courtroom 1, where the trial will be broadcast live at 2pm on 24 March, is expected to be full, and representatives of many different victims and survivors’ organisations will be present at the verdict. Munira Subašić, President of the Mothers of the Enclaves of Srebrenica and Žepa, will be one of those present.
Munira said:

“It hurts having to wait twenty years for justice…this verdict is important for all mothers everywhere”.

Dr Waqar Azmi OBE, Chairman of Remembering Srebrenica, met with Munira and the Mothers of Srebrenica before they departed to the Hague for the verdict. Dr Azmi said:
“It is of paramount importance that the architects of this violent ideology and the atrocities committed in its name are brought to justice – for the sake of the victims, for those who mourn them, and to send a clear message to those who seek to divide us that we as an international community will not tolerate discrimination, persecution and violence against our fellow human beings.

My thoughts are particularly with the Mothers and victims organisations, who have campaigned tirelessly to find out what happened to their loved ones, and who have waited twenty years for justice. They are the strongest and most courageous people I know.

I hope that the verdict tomorrow will be an important landmark towards addressing the continued problem of genocide denial and allow all citizens of Bosnia Herzegovina to continue the process of reconciliation and building a brighter future for the next generations.”

Mar 23, 2016Amil Khan
MAKE A DONATION
Remembering Srebrenica remains committed to honouring the victims and survivors of the genocide.