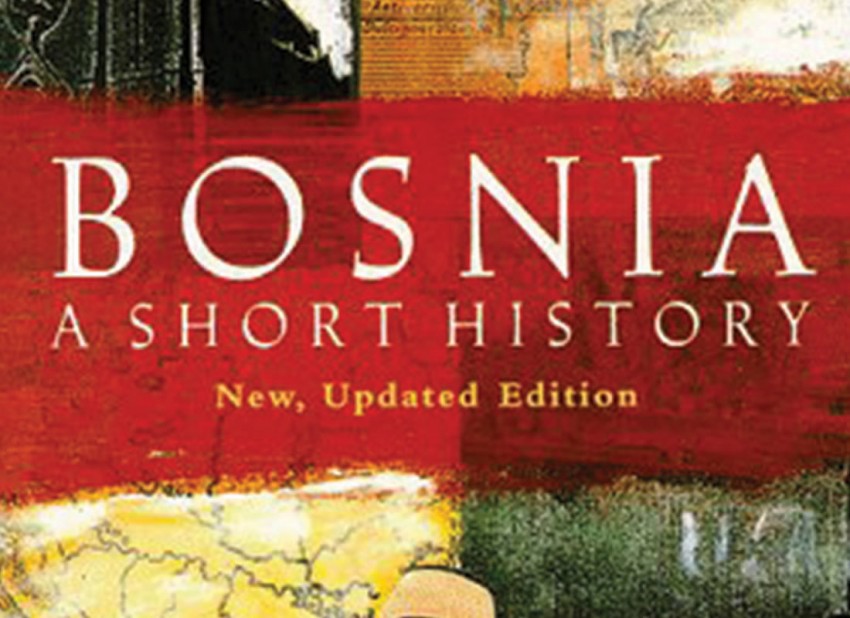 When remembering the tragedies of the Balkan war, amidst the wide scale destruction, ethnic cleansing, and numerous massacres that took place, the loss of Bosnia’s cultural heritage may not seem particularly pernicious; after all, who weeps for books or old buildings? But as any student of nationalism will tell you, nations are not destroyed by force of arms, but the loss of their memories. And the scale of destruction here was breathtaking: the demolition of the National Library in Sarajevo, and the regional archives in Mostar, national and local museums, the razing of Bosnia’s architecture exhibiting the influences of its knotted history, singling out places of worship to facilitate ethnic cleansing – all of them physical witnesses to Bosnia’s multiethnic cultural heritage. This was nothing else but a systematic effort to erase Bosnia’s distinct nationhood.

It is in this context that we need to place Noel Malcolm’s authoritative and well-received Bosnia, the first full narrative of its history in English. Written by a respected academic who has extensive experience in journalism, this book is that rare thing: well researched, accessible, readable, and at times gripping. Extensively footnoted, and citing works written in 13 languages, amongst its achievement is to provide a survey of all the literature produced after WW II. Malcolm’s account describes the growth and development of a distinct Bosnian ethnicity, and along the way, he demolishes myths used as propaganda by ethnic purists.

The book traces the origin and formation of the Bosnian state, from the tribal migration of the Slavs, up to the conflict in the 90s that led to its independence. The new version updates the account up to the end of the conflict with the signing of the Dayton Accord in 1995. With the bulk of the book devoted to the formation of Yugoslavia in WW II, the author is careful to explain historical terms and institutions to the general reader, devoting considerable attention to historic disputes such as the origin of ethnic groups, the significance of Bogomilism, the conversion to Islam, the impact of Ottoman rule, and the eventual emergence of national identities. The final three chapters continue the story from WW II leading up to the bloody conflict that erupted after the breakup of Yugoslavia. One of the book’s great strengths is that each chapter clearly connects the relationship between the historic interpretations with their current political significance. The reader ends up with an understanding of not only what happened in Bosnia, but also the context of differing historical interpretations.

Two main themes emerge. The author’s careful survey of sources show that attempts to portray Bosnia as a ‘refuge for three incompatible ethnic groups’ is sheer propaganda. In fact, Bosnia’s nationhood – that underlines its claims for statehood and present borders – has a historical continuity and political integrity that is as credible as any other nation. Malcolm disposes of the idea that these ethnic groups were only tamed by the domination of larger powers. These national ‘animosities’ were in fact only formed by the traumas of the 19th century and because of the pressures outside of their borders. The author’s careful scholarship eviscerates the fictive myth of the conflict’s inevitability; that ancient religious hatreds were embedded within the Balkans, and unleashed upon the region after the collapse of the Soviet Union. This historical determinism, Malcolm charges, paved the way to a fatalism that justified Western passivity, absolving the Western powers from responsibility of the tragedies that ensued.

Incredibly, his account shows how Western politicians and diplomats not only needlessly prolonged the conflict, they actually rewarded aggression, even incentivised it, turning what was initially a Serbian invasion of Bosnia into a fully-fledged civil war. When Western leaders finally mediated peace in the Dayton Accord, the incongruous territorial and constitutional state of affairs that was its legacy effectively ‘Lebanised’ the country, and has made Bosnia’s break-up more likely. If the Bosnian state eventually does split, as it periodically threatens to do, then Malcolm’s history will stand as a witness to Bosnian claims of a distinct nationhood, as well as an indictment both to those who failed in their attempts to destroy it, and those whose efforts to save it may have succeeded in dooming it.

For anyone who wishes to understand the conflict that led to the formation of Bosnia’s statehood, or to appreciate some of the historical background to the woes that afflict contemporary Bosnian politics, then Malcolm’s Bosnia is an authoritative and accessible summary of Bosnian history.