Bakira Hasečić established the Association of Women Victims of War in 2003 as a way of uniting the women who were raped and sexually abused during the war. This is her story. 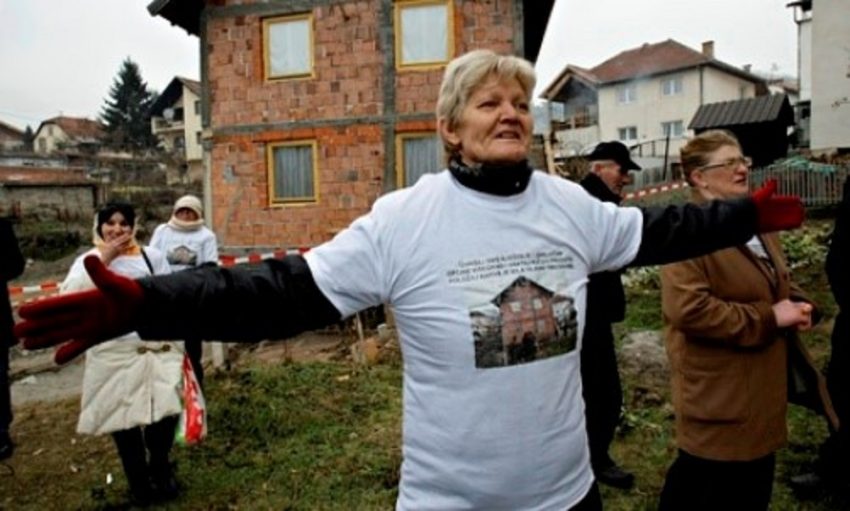 In April 1992, while at home with her husband and two daughters, Bakira Hasečić answered a knock on her door. The local police chief, along with 15 other men entered her home. They placed the family on house arrest, repeatedly raped Bakira and her eldest daughter and robbed them of their savings. This is her story.

There is a resolve to Bakira Hasečić that is as overwhelming as it is intimidating; she knows what you want to ask her before you finish painting your question over with diplomacy and tact. What is fact is fact, and Bakira is not interested in sugarcoating that for anyone’s comfort—least of all her own.

After numerous failed emails, I reach out to her over social media as a last resort. I’m not certain whether she speaks English when I write to her. I tell her I don’t speak any Bosnian but can arrange for a translator. She writes back in Bosnian, certain that if she strings together enough short words of her native language, I’ll get the gist of her message. Remarkably, I do, because Bakira has a way of  getting things done quickly and without hassle.

Born on a hot summer’s day in 1953 in Višegrad, Bakira has never called another place home. “Before the war began, I had lived here all my life. My husband and I built our home near Mehmed Paša Sokolović Bridge, on the left bank of the Drina River.” It was here that Bakira and her husband lived in peace with their two daughters.

“We had everything we needed for an easy life. My husband and I both worked hard. We lived in a very close, tight-knit community, celebrating holidays with all our neighbours, irrespective of their backgrounds—no one differentiated between nationalities or faith. We were all just one, big community.”

Sadly, this was not to last. A few weeks in April 1992 would render Bakira’s life forever changed. “My neighbour, police officer Veljko Planincic, came to my house and brought with him Serb soldiers from Arilje.” They demanded money, which Bakira handed over. But that was not enough. Bakira’s 18-yearold daughter was raped before her very eyes. When she tried to pull the soldiers away, she too was raped. “They acted like beasts; preying on us.

One of them, Milan Lukić, knew me well. I had helped and supported his family prior to the war. My very own friends, who I had trusted, turned into monsters. It was like we never really knew each other. Before then, I didn’t know what they were capable of doing just because we had different religions.” Bakira recounts the whole town coming under Serb control. At the time, Višegrad had a 60% Muslim majority population. Following the Serb onslaught, civilians were arrested all over the town. Višegrad became subject to a carefully orchestrated ethnic cleansing regime as rape camps were set up, including the notorious Vilinas Vlas hotel where an estimated 200 women were imprisoned as sex slaves.

“They used multiple locations to carry out mass rape: the police station, the local sports center, even the institute for the protection of children,” Bakira recalls.

Milan Lukić, Bakira’s former neighbour and rapist, is currently serving a life sentence handed down by the International Criminal Tribunal for the Former Yugoslavia at The Hague (ICTY). Lukić was the sadistic mastermind behind the Vilinas Vlas rape camp. But his charge sheet carries two counts for mass murder, not rape. How does that make her feel, I ask. “I have a right to justice and truth, and to see criminals receive their well earned punishment.

After all these years, my fight never stops,” she says. “The number of verdicts in rape cases is not as high as it should be.” When I ask why that is the case, she tells me that is a question for the prosecutor’s office.  It is estimated that between 20–50,000 women were raped during the Bosnian war. They were raped with objects, such as guns and truncheons but also broken glass to maximise physical damage. Many were impregnated and held in camps until they could no longer seek an abortion. Today, thousands carry the physical scars and mental trauma of the horrors they endured. “I have witnessed monstrosities like no other: rape, forced arrests, murders, people being burned alive.”

Seventeen members of Bakira’s family have been killed. “I’ve heard that my sister was held in Vlasenica with several others and raped repeatedly. When they were done with her, they killed her. Her remains were found in three different mass graves.” Bakira has had to think about how to survive.

“For a long time, I couldn’t think about anyone else who had suffered the same ordeal that I had. I was in no position to help or to be helped. But over time, I was able to bring some meaning back to my life.”

In 1998, Bakira led the return to Višegrad, encouraging survivors to return to their hometown. “It was not me who committed this evil. I didn’t kill anyone, so I asked myself why I should feel ashamed or embarrassed.” Her courage inspired others, but remarkably, they were yet to face further discrimination. 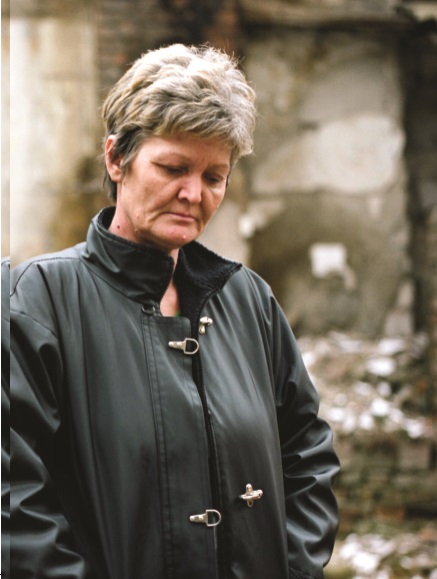 “Some police officers and war criminals started retaliating, they didn’t want us to return. So I reported them. Slowly, the authorities started to remove them. Some of the houses that were torn down were rebuilt, so I began to feel alive again. I was determined to get home.”

As a woman of her word, Bakira did return home. “Now criminals run away from me, not the other way around. I cannot forget what happened to me, nor would I want to.” As an extension of this very sentiment, Bakira established the Association of Women Victims of War in 2003 as a way of uniting the women who were raped and sexually abused during the war. “The first problem victims of rape and sexual abuse face is the lacklustre approach of official institutions that are set up to assist them,” she asserts. “The idea behind the association was to raise the profiles of those who had suffered abuse in order to have their accounts heard. Second, I wanted a place where women would feel safe and supported while testifying before the courts and seeking out the justice that they rightly deserve.”

“My goal was to start the healing process for our society as a whole: we have all suffered. Through our fight for justice and truth, we can all become united once again. That’s why it’s so important to talk about the war crimes committed. It’s the only way to consolidate what happened.”

The association is non-governmental, non-political, multiethnic and multinational. “It is an assembly of all citizens. Our members include sexually abused girls, teenagers and women. Some have even joined on a voluntary basis to better promote social and health issues. As of 2006, men who were victims of rape and sexual abuse have also become members.”

Twelve years after the association was established, Bakira asserts that there is still plenty of work that needs to be done. “We have to change the social position of women. We were victims during the war, but we remain the biggest victims long after the war has ended,” she says. “Today, I tell my grandchildren about what happened so they are aware of why it’s important to keep fighting for justice. I fight for all women, regardless of their religion or nationality because we are women first. Likewise, I fight to prosecute as many criminals as possible because criminals have no nationality or religion, they are criminals first and foremost.”

Today, Bakira returns to Višegrad routinely to fulfil the promise she made to herself and tends to her land as her ancestors once did. She does not carry the weight of her past as a burden. Instead, she uses it as fuel to drive her at speed to her destination: a unified Bosnia and Herzegovina. “The international community let us down all those years ago. They failed to prevent genocide and ethnic cleansing. Today, I live to see our fences demolished, so that we can move forward together, determined to never again let such evil occur.”

Mar 23, 2017Amil Khan
MAKE A DONATION
Remembering Srebrenica remains committed to honouring the victims and survivors of the genocide.